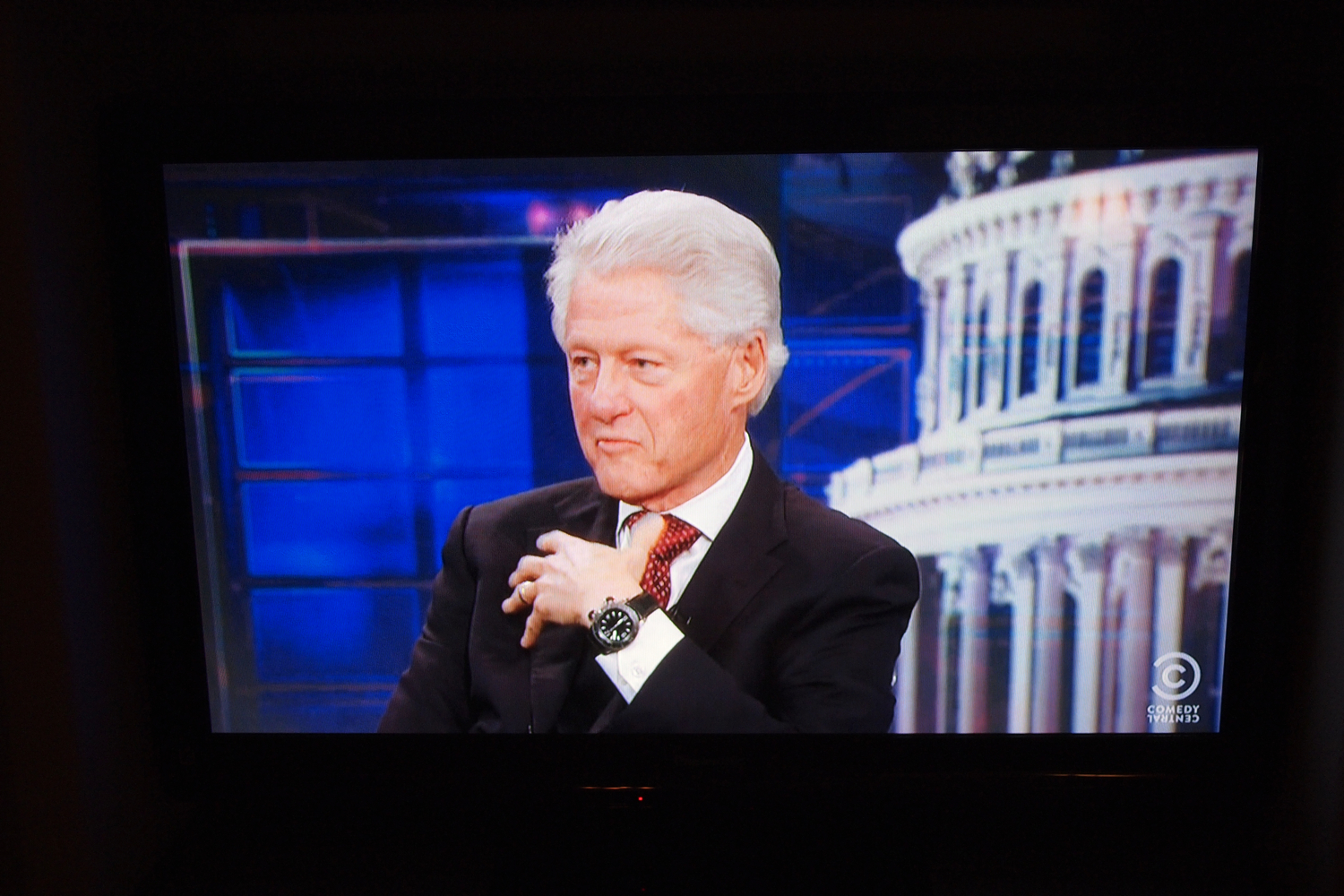 Former president, Bill Clinton, was wearing a Jaeger-LeCoultre Master Compressor Diving Alarm (not sure which reference) on the Daily Show with Jon Stewart last night. Clinton made a guest appearance on the show to promote his new book “Back to Work,” and wore the Jaeger outside of his shirt cuff, which made it clear what he was wearing. Clinton has been known as a watch fan ever since leaving office. He famously wore a Timex while in office, but after leaving he has been seen wearing a number of high-end timepieces.