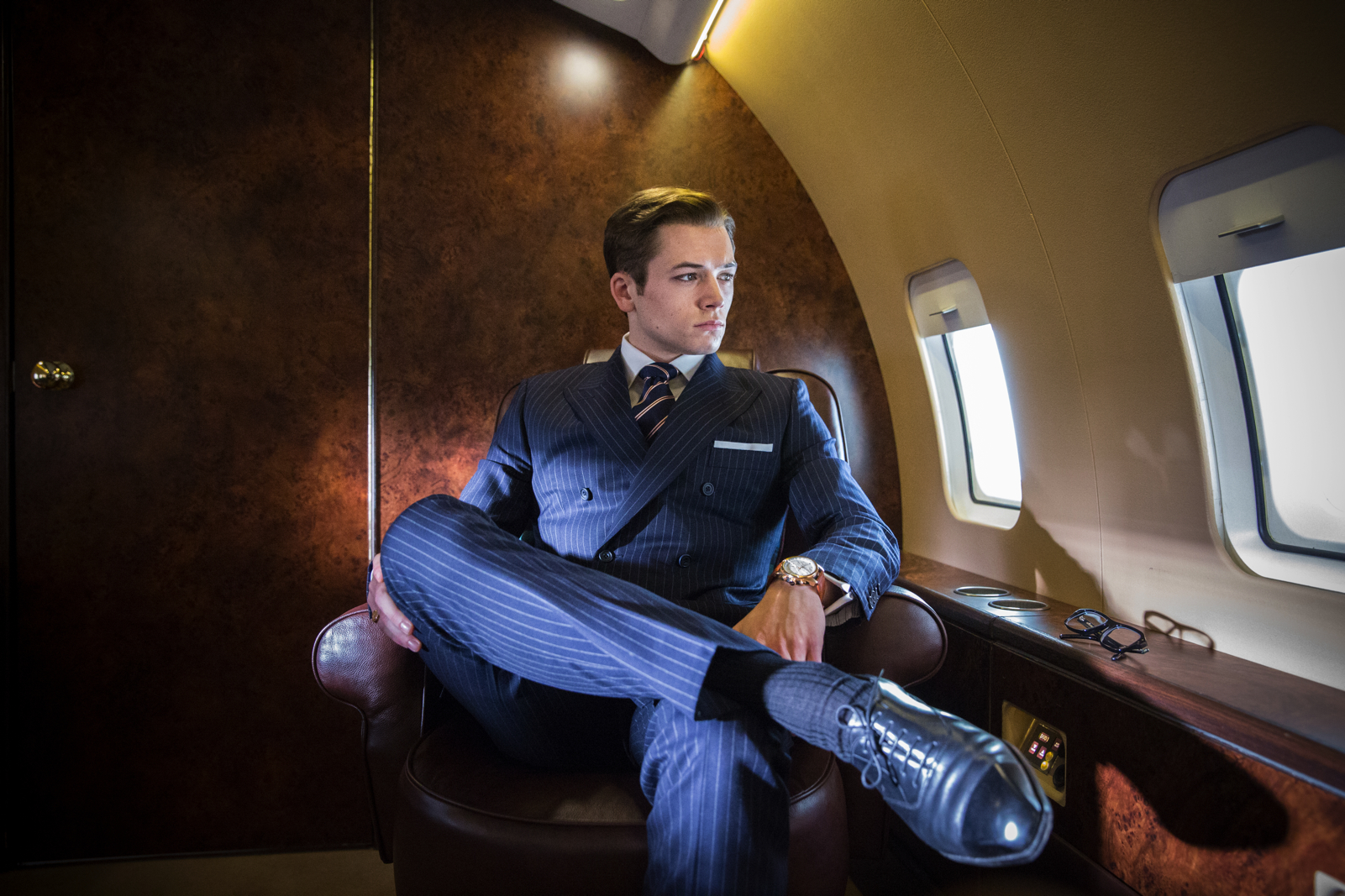 According to Bremont, “The agents from the super-secret British spy organization, including Nick English, Co-Founder Bremont, who makes a cameo appearance as one of the Kingsmen, can be seen exclusively wearing these custom made Bremont timepieces.

The Kingsman agents in the film each wear a beautifully crafted rose gold chronograph World Timer on an alligator strap, whilst the trainee recruits sport a black stealth-like chronograph on a NATO band. Additionally, the Kingsman Stainless Steel model is worn by Merlin (Mark Strong) who is the trainer of these potential super spies for the top-secret Kingsman organization. It’s Merlin’s job to whip into shape central character Eggsy (Taron Egerton), a law-breaking teen who’s recruited by the Kingsman agents to help bring down megalomaniac Valentine (Samuel L. Jackson). The watches play a key part in the film and are an integral tool in the secret agents’ gadget line-up.”

The watches all have a 43 mm by 16 mm case with an internally rotating bi-directional bezel operated by crown at 8H with Bremont Roto-Click® technology. They share the same domed anti-reflective sapphire crystal upfront, and a flat sapphire on the back. All have a COSC certified modified ETA chronograph movement inside, and Bremont skeletonized and decorated rotors.

However, while the gold and steel models have a module that allows both a 24H UTC hand (2nd time zone) and World Time Zone function, and accompanying World Time bezel insert. The DLC model omits the World Time function and accordingly, features a different, 0-60 bezel, instead. Also, it should be noted, that the rose gold version has a DLC coated middle case.

Bremont Co-Founder Nick English makes an appearance in the film

Kingsman: The Secret Service, is due to be released in February 2015, from 20th Century Fox, and stars Colin Firth, Samuel L. Jackson, Michael Caine, and Taron Egerton.