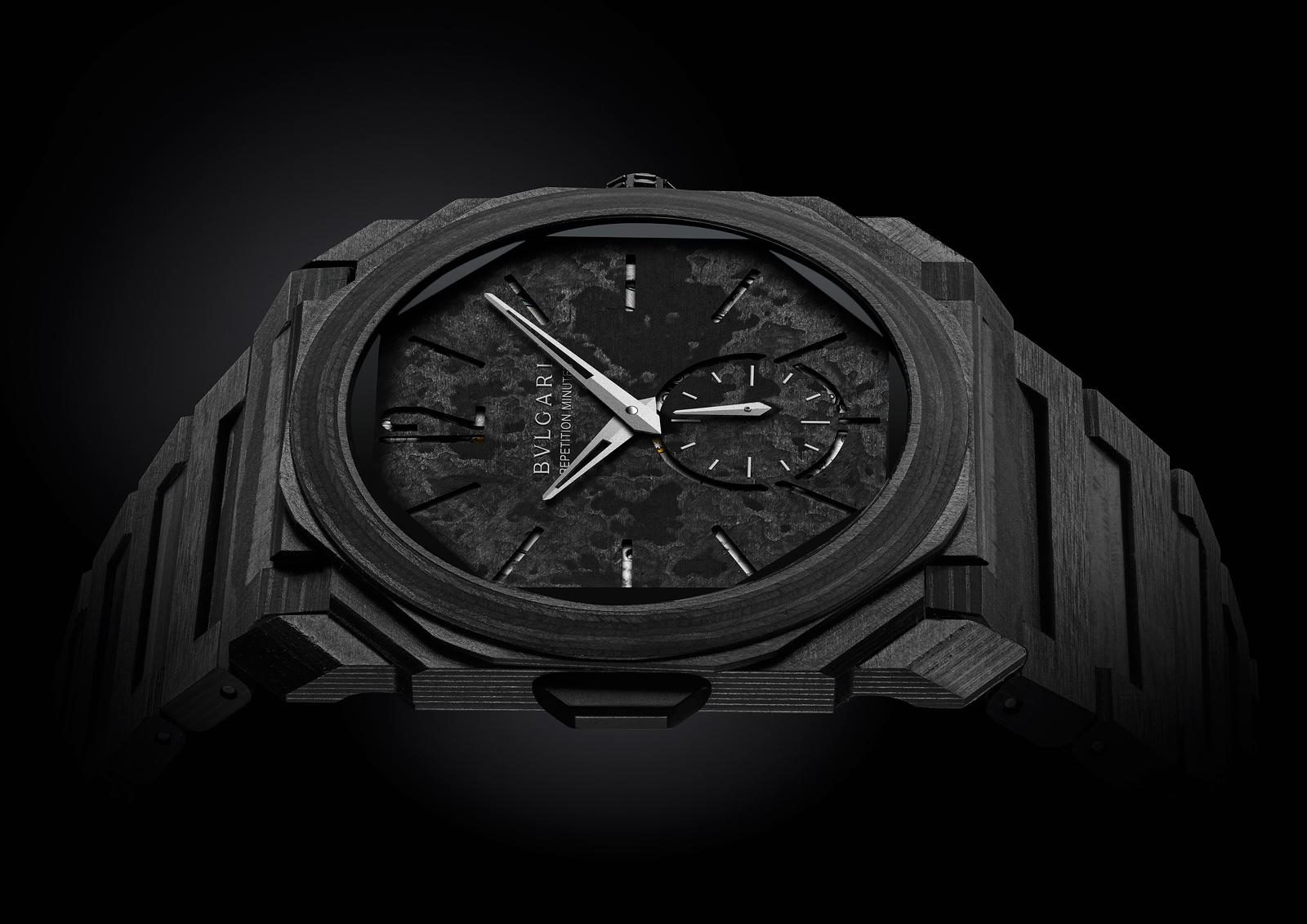 In 2016, Bulgari introduced the world’s thinnest minute repeater wristwatch, powered by a movement just 3.12 mm in thickness. This year, the LVMH-owned watch and jewelry company debuted a new version of this record-breaking timepiece, housed in a case made from Carbon Thin Ply, which is carbon fiber reinforced by thermo-set epoxy resin.

With metals such as gold, platinum, titanium being most commonly used for minute repeater watches traditionally, due to optimum acoustics, it might seem counterintuitive to build a case (and the bezel and dial) from non-metal. However, Bulgari has apparently been able to create good sound from the material, which makes more sense when you consider that some musical instruments are made using carbon material.

The case measures 40 mm x 6.85 mm and houses the incredibly thin BVL caliber 362 which beats at 3Hz (21,600 vph) and has a power reserve of 42-hours. The movement is decorated with Geneva stripes, perlage, and chamfering – fully visible through the clear caseback.

Like the titanium version, the dial features a sandwich construction with cut-outs marking the hours and surrounding the small seconds dial. The Dauphine-shaped watch hands are cut-out as well. This design not only has a distinctive appearance, the openings in the dial also amplify the sound.

It’s worth noting that the 362 movement is based on a 1981 Gerald Genta movement that was even thinner at 2.72 mm, but the newer modern caliber needed to be more durable and resistant to shock, hence the increased thickness. Gongs are directly attached to the case instead of the movement for increased sound production.

The bracelet is titanium and the entire watch weighs just 47 grams. The Bulgari Octo Finissimo Minute Repeater Carbon retails for $160,000 and is limited to 50 pieces. 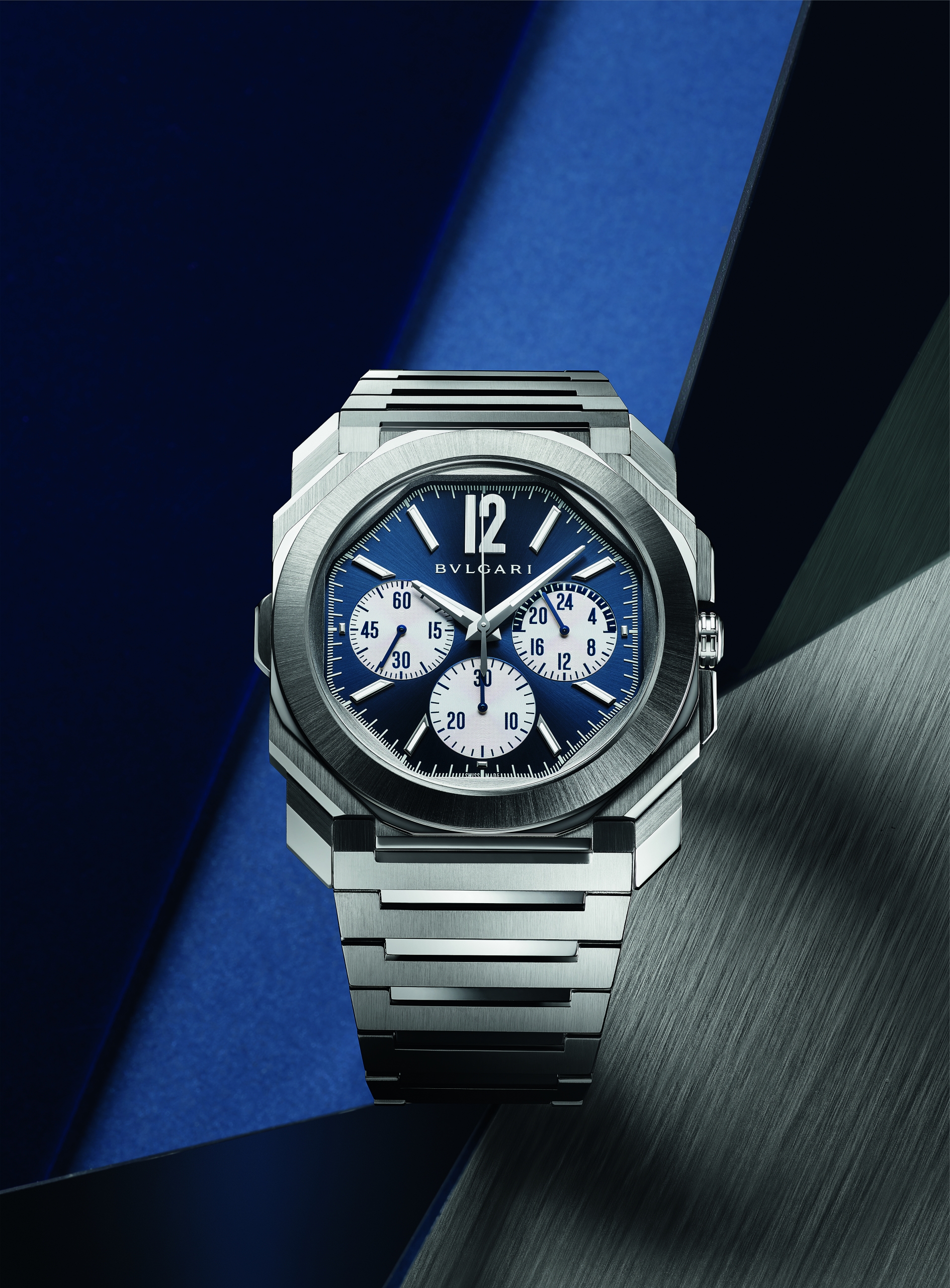 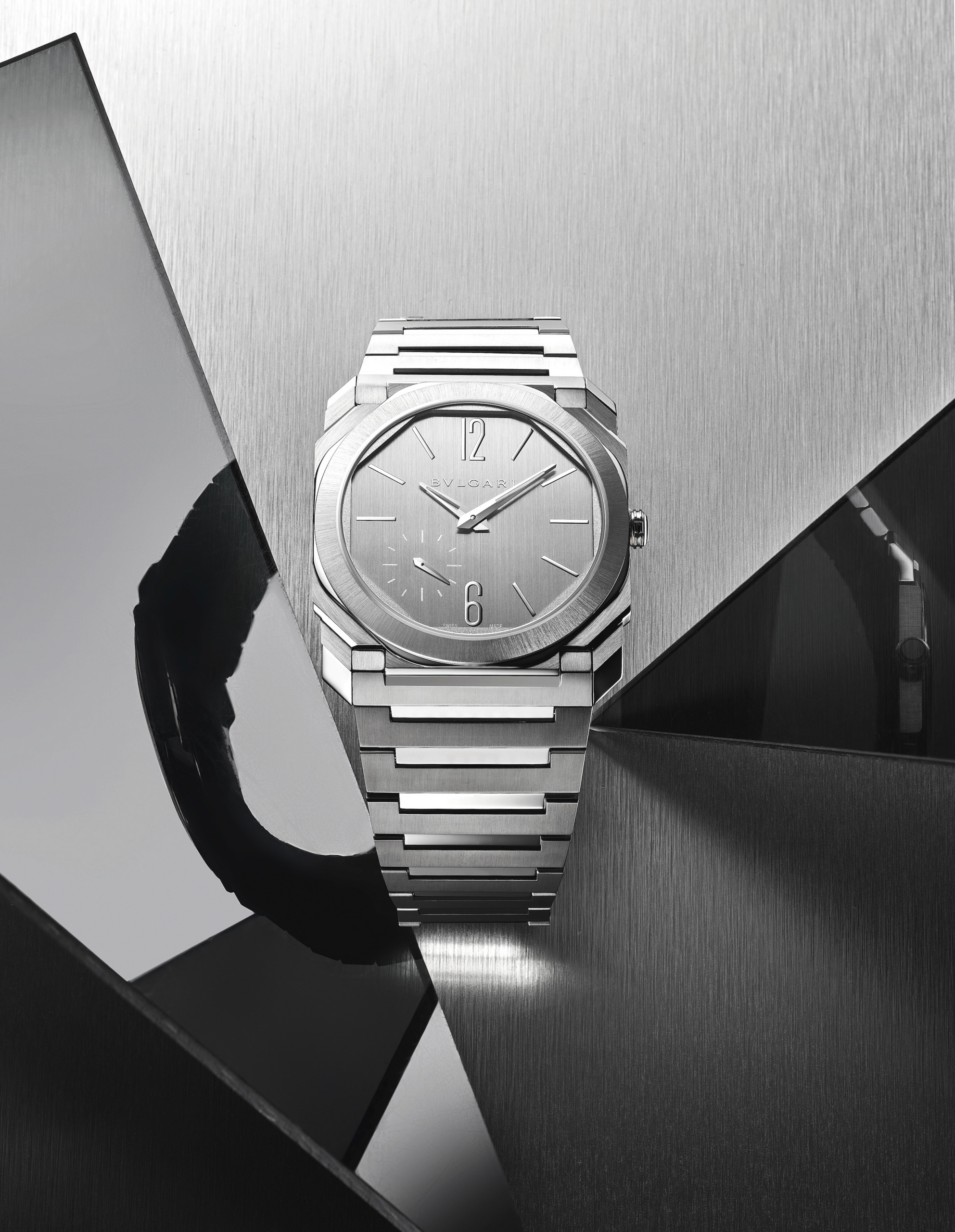