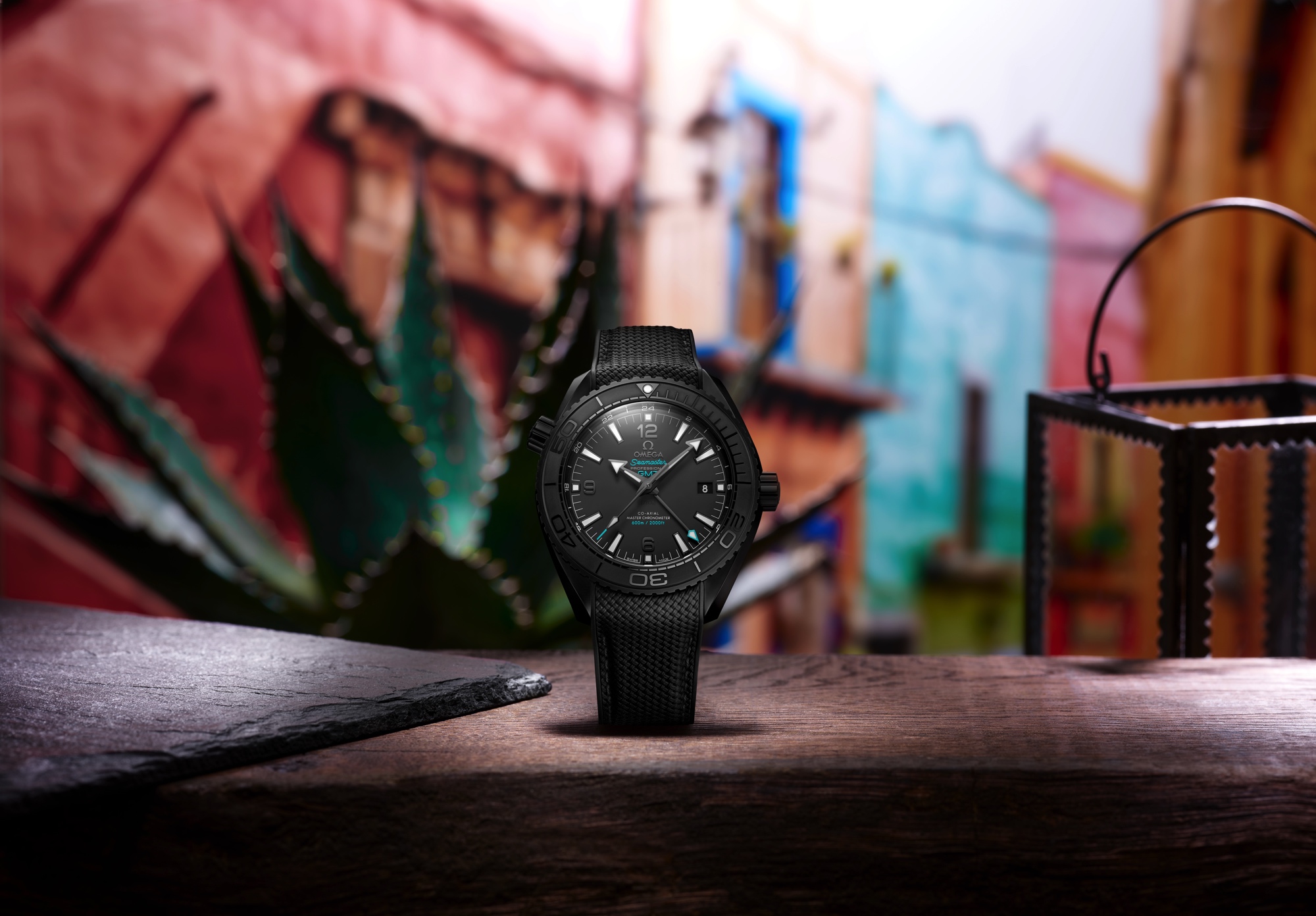 If you’re wondering why Omega is partnering with a tequila company – like I was when I first saw this release yesterday – it has to do with the fact that friends of the brand George Clooney and Rande Gerber are two of the co-founders of Casamigos.

Clooney is one of Omega’s most well-known brand ambassadors, and according to Omega, “Rande has established his own connection through his wife Cindy Crawford, an OMEGA ambassador since 1995, and his children Kaia and Presley, who joined the brand in 2017.”

With that said, Casamigos Tequila teamed up with Omega to launch an 80-piece numbered limited edition timepiece for customers exclusively in the United States.

As far as collaborations go, subtle is usually better, and in this instance, the matte black design of the watch is akin to the Casamigos Mezcal bottle which is also a matte black, while the teal-colored accents on the dial echo the look of the Casamigos Tequila agave logos, both which were designed with special attention according to Gerber, “Design is very personal to me. When I designed the Casamigos Mezcal bottle the key was to create something unique that I want to have on my bar.  We used the same philosophy for our OMEGA collaboration, we worked closely to design something that was true to us and that we want to wear.”

On the back, the watch actually has a sapphire crystal – even though it appears to be a solid metal caseback – treated with a special coating to resemble the dark glass of the Casamigos Mezcal bottle. It’s also lacquered with a white Casamigos Mezcal logo and the limited edition number X/80.