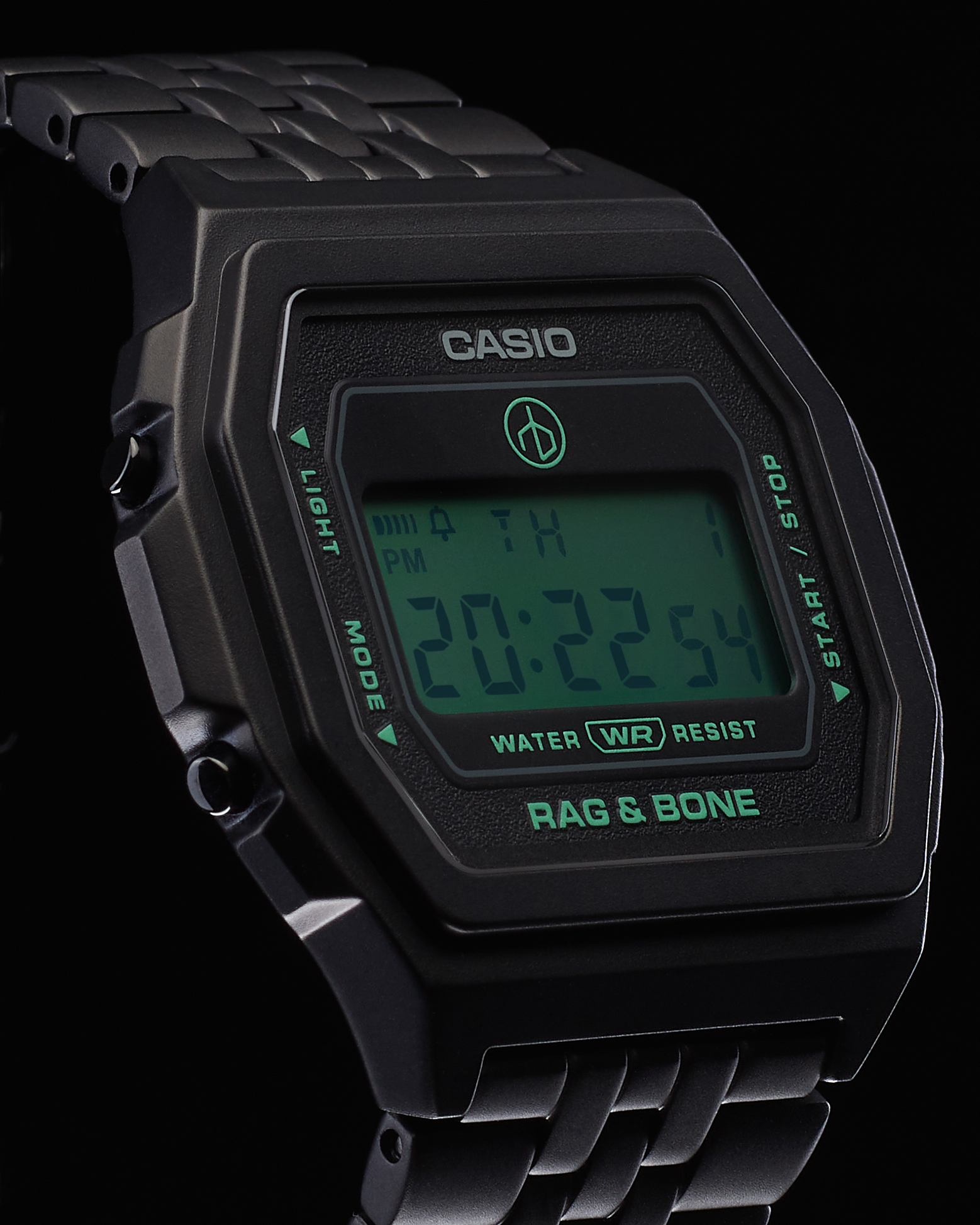 Japanese watchmaker Casio and New York clothing retailer Rag & Bone collaborated together on a new wristwatch based on the 1974 digital A1000 model from the company’s archives.

Each watch is 30 meters water-resistant and has a premium sapphire glass protecting the dial, which has a full digital display with the time, date, stopwatch, and alarm. All functions are controlled by three buttons on the case flanks.

As part of the collaboration — which represents Rag & Bone’s 20th Anniversary — “RAG & BONE” is embossed at the bottom of the dial along with the company emblem printed at the top of the dial. The Rag & Bone emblem is also etched on the bracelet buckle and the box. And the caseback features an engraving that reads “RAG & BONE, EST. NEW YORK 2002” as well as the emblem, one more time, just below that.