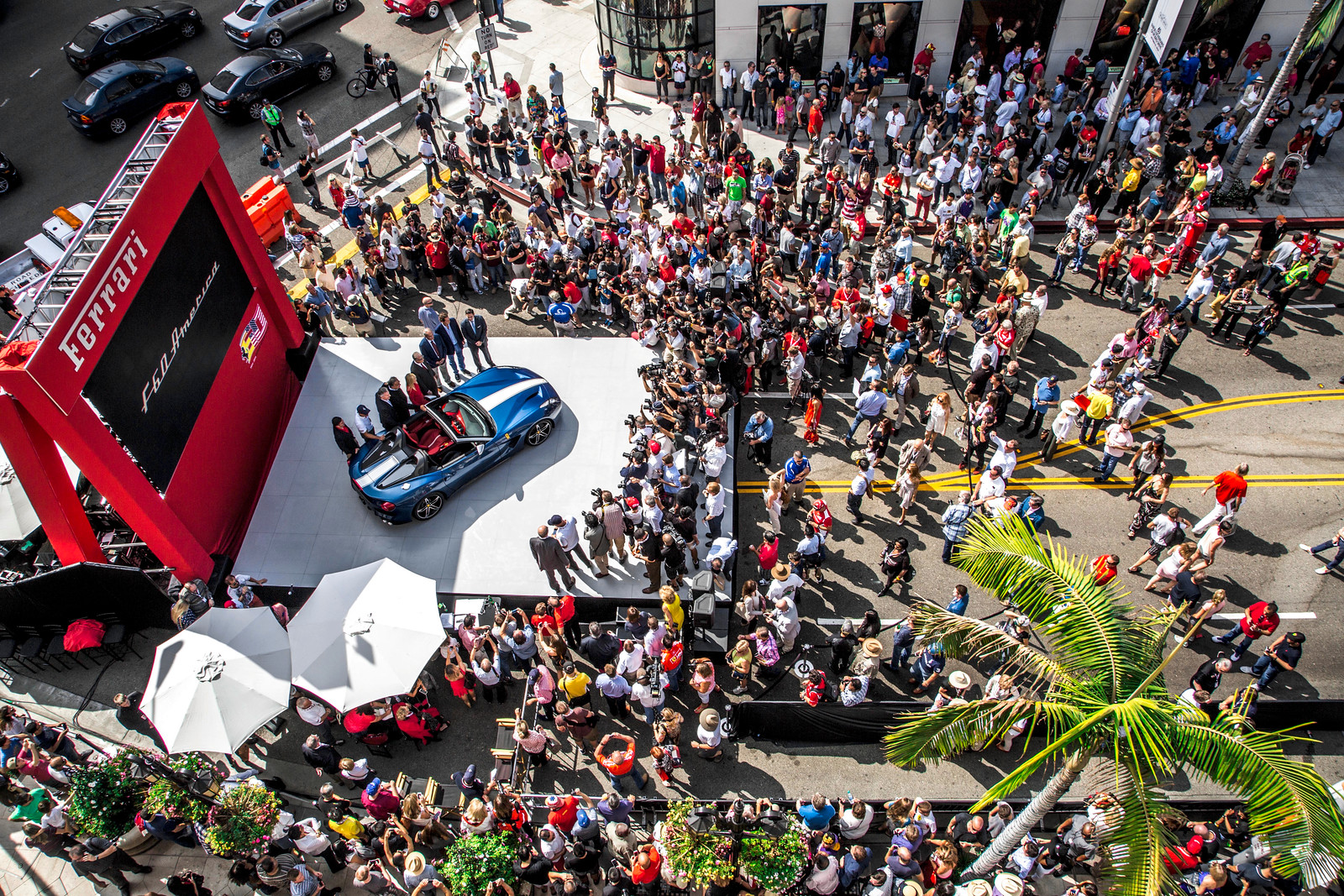 Over the weekend Ferrari and Hublot celebrated the 60th Anniversary of Ferrari in America.

To commemorate the occasion (on Sunday, October 12) Ferrari showcased its history with over 500 Ferraris in Beverly Hills and presented a parade and exhibition featuring “Sixty Fabulous Ferraris on Rodeo Drive.” Guests were able to see Ferrari’s most legendary cars, as they made their way through Beverly Hills’ famed drives under a Hublot-branded clock counter. A Hublot pop-up location allowed guests to browse the most popular Ferrari watches since the two brands first partnered in 2011.

Ferrari also unveiled a new limited edition model commemorating its 60th anniversary in North America. The Ferrari F60 America is based on the supercar maker’s F12 Berlinetta, but with drop-tops. Production is limited to 10 cars, all sold to previous owners already, at a price of $2.5 million apiece.

According to Hublot, “The timepiece (45.5 mm in diameter) houses a black carbon fiber case that dramatically showcases the in-house flyback chronograph UNICO movement (can be reset at any time) visible through the sapphire dial. Clad in a shade of distinctive blue, red, and white, it is a nod to not just our national color but also an homage to the Ferrari prestigious signature. With just a rarity of 60 numbered timepieces available, the case back of the watch also features the discreet legendary Prancing Horse with the exclusive signature ‘1954-2014: Ferrari celebrates 60 Years in the USA.'” 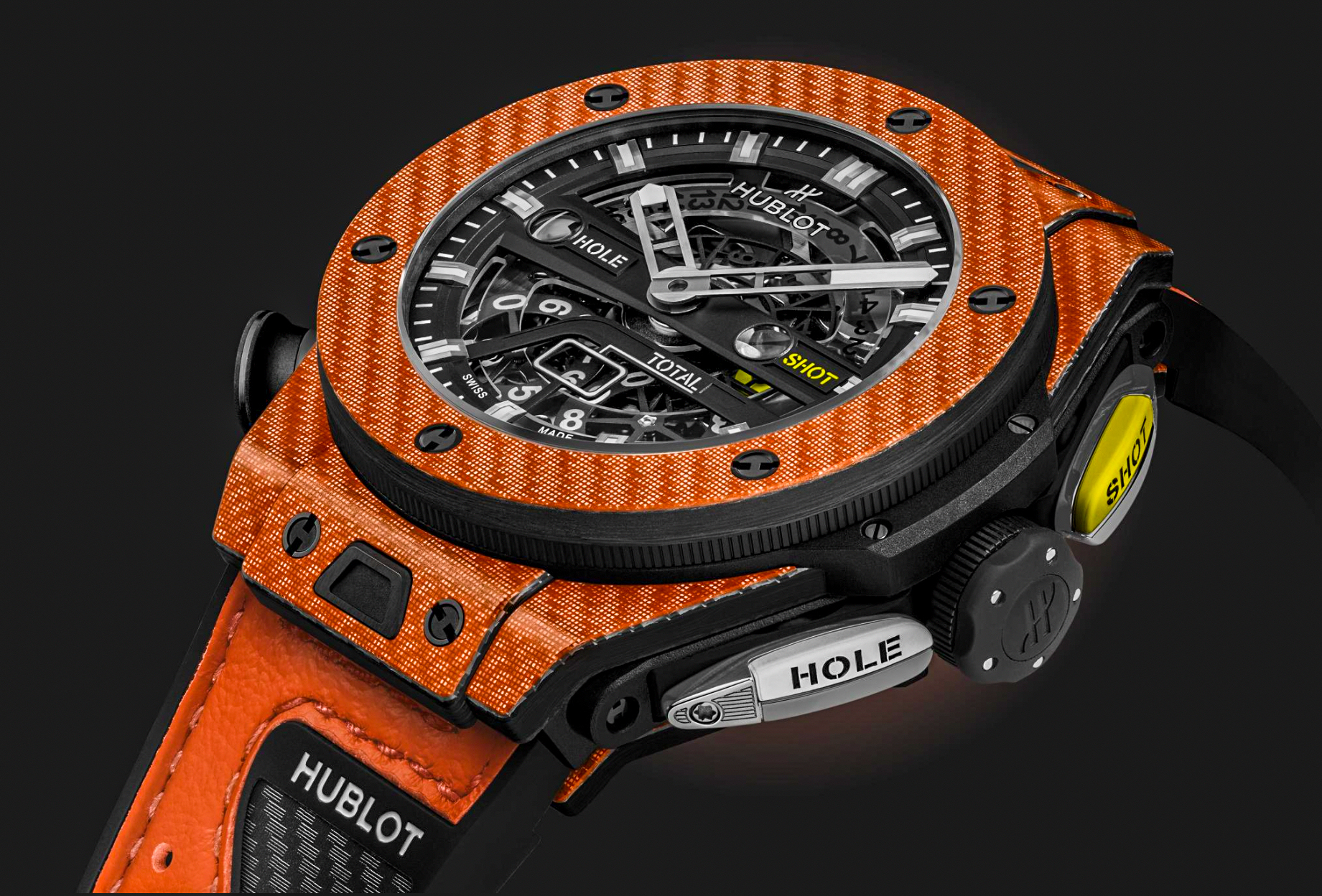 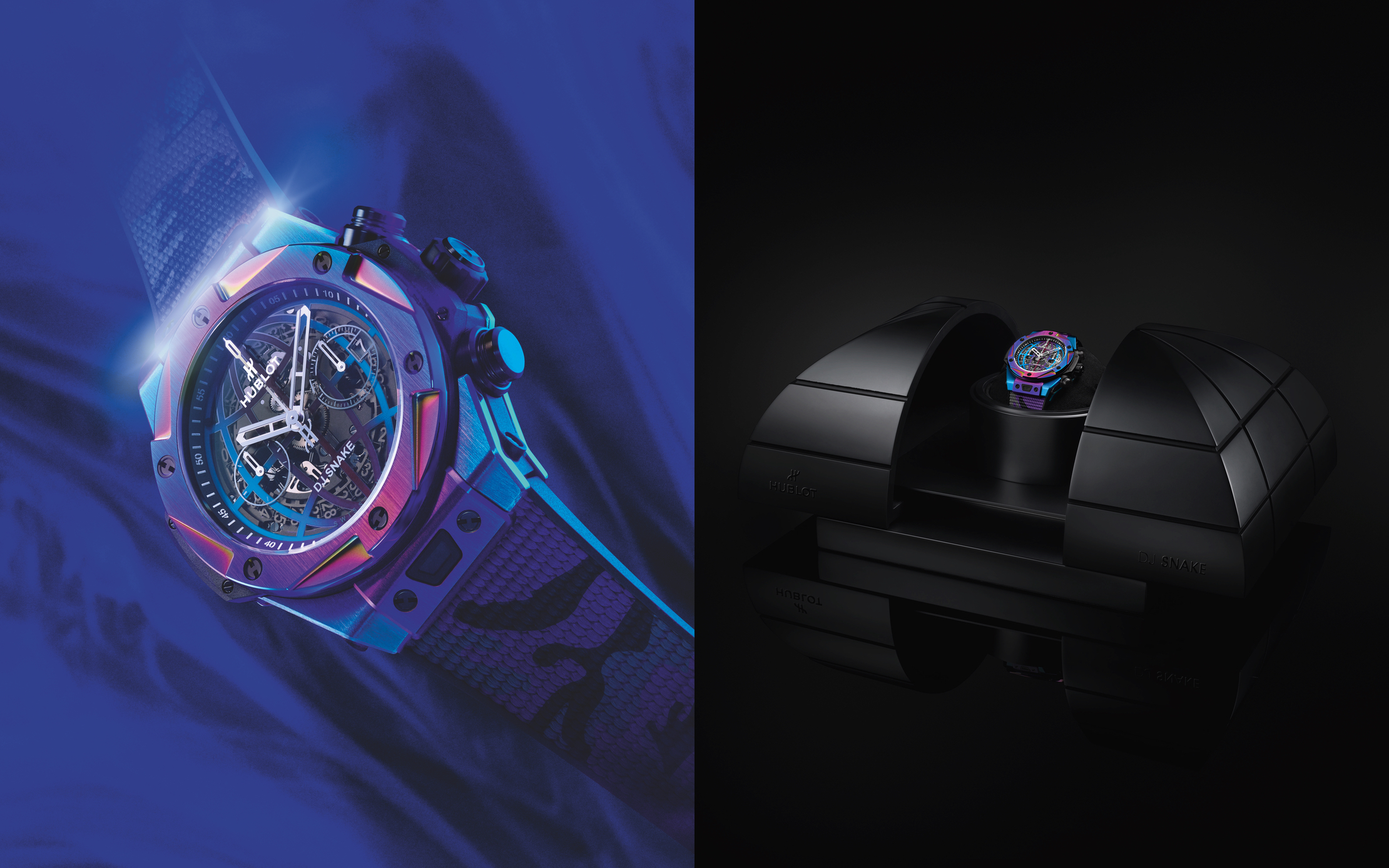 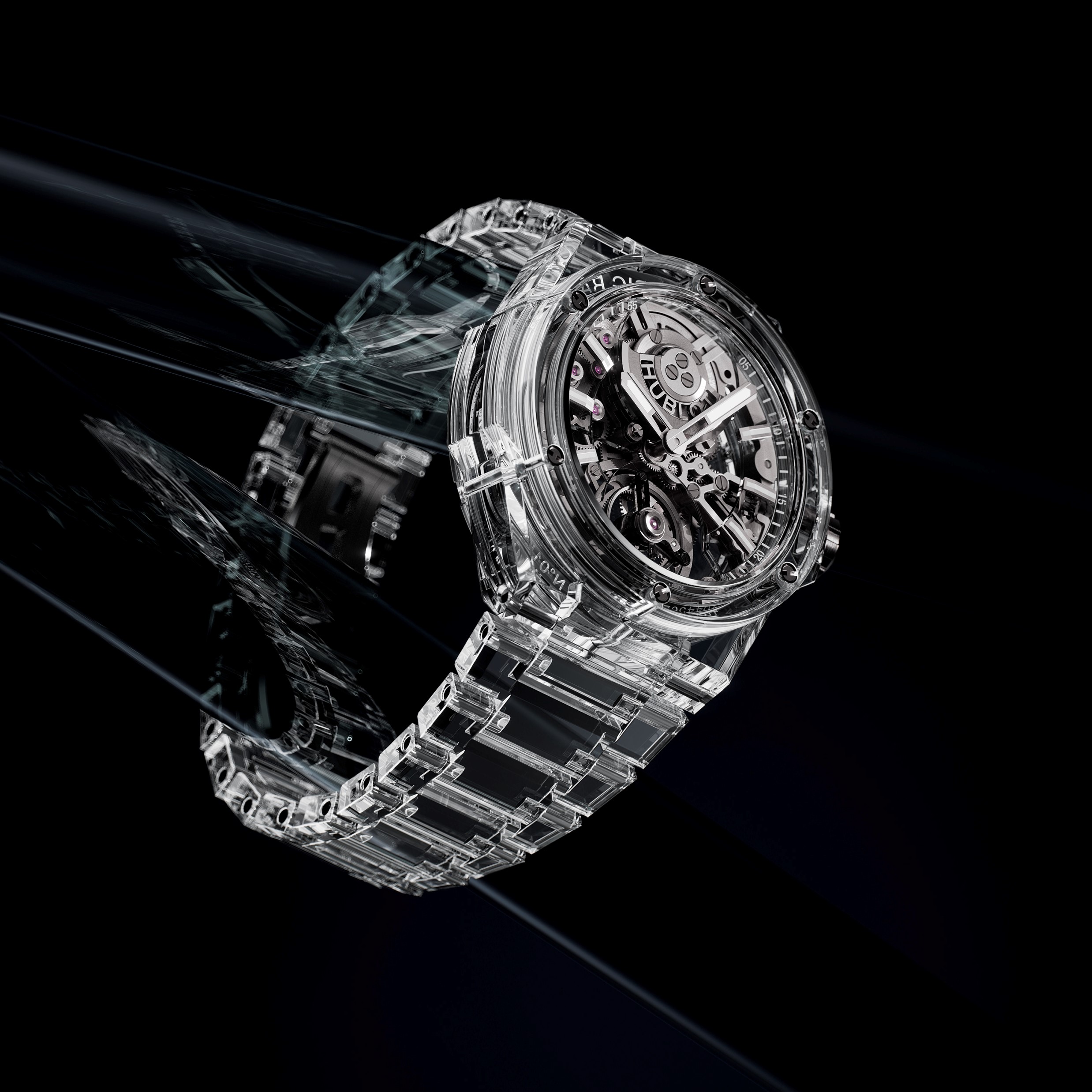