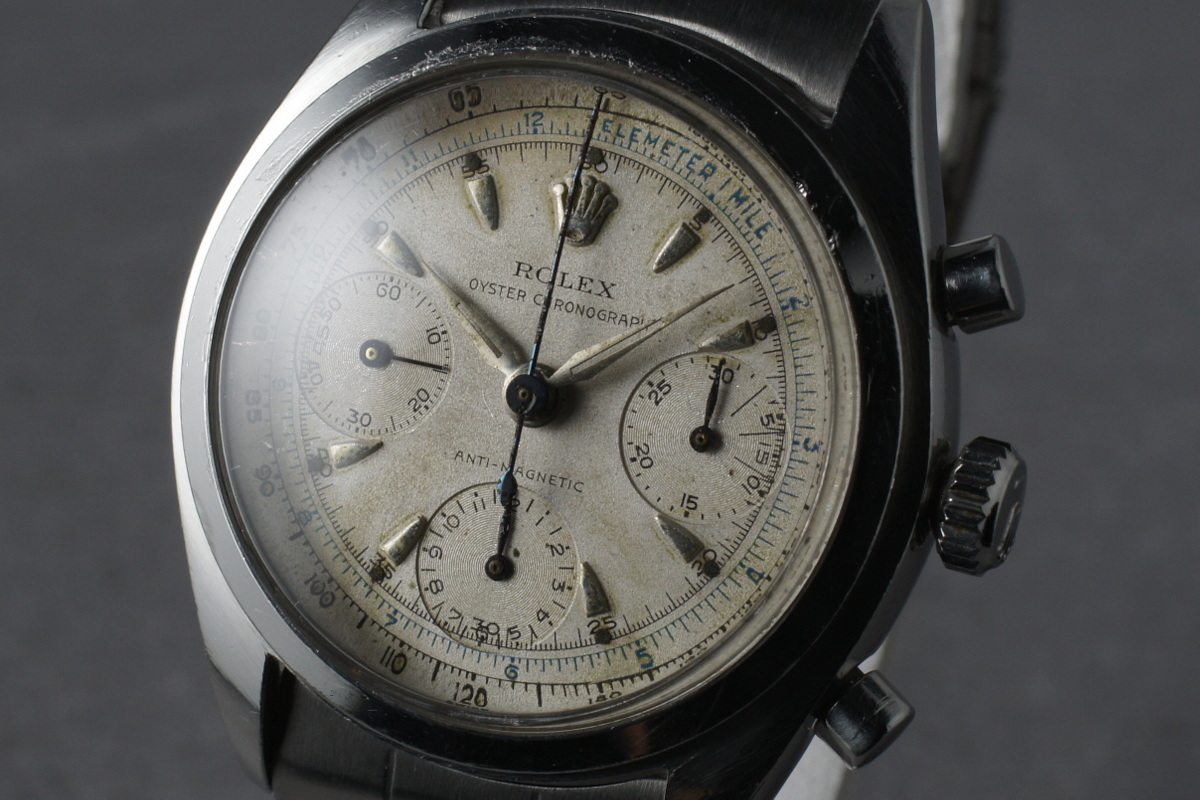 The Rolex Daytona Cosmograph may be the single most iconic sports chronograph in horological history. In fact, the Daytona turns 50 this year, and you can be sure there will be much ado about that milestone before the year is out (we’ll be providing plenty of coverage). But before the endurance motor racing prizes, celebrity ownership, and cult status, the storied timepiece began simply as an Oyster Chronograph, a simple and effective timekeeping instrument referred to now as the “Pre-Daytona.”

Powered by the robust manual winding Valjoux 72, the Oyster Chronograph predated the Daytona’s modified caliber 722 movements by a decade. A traditional dial layout featuring three subsidiary dials and an outer telemeter scale set the standard configuration for virtually every sports chronograph since. The case is a 36mm Oyster drilled to accept pushers at 2 and 4 and was available in gold as well as steel.

With a brand as storied as Rolex, tradition and heritage are everything, and with Daytona values soaring and the 50th anniversary upon us, these early examples of Rolex Chonographs are liable to become even more desirable on the collector market.

The example we’ve found today dates from 1953, and is a steel example with a stunning silver dial with just the right amount of patina and the correct rivet bracelet. It is available for a very reasonable $17,500 from the guys at H.Q. Milton – San Francisco’s best source for vintage timepieces.