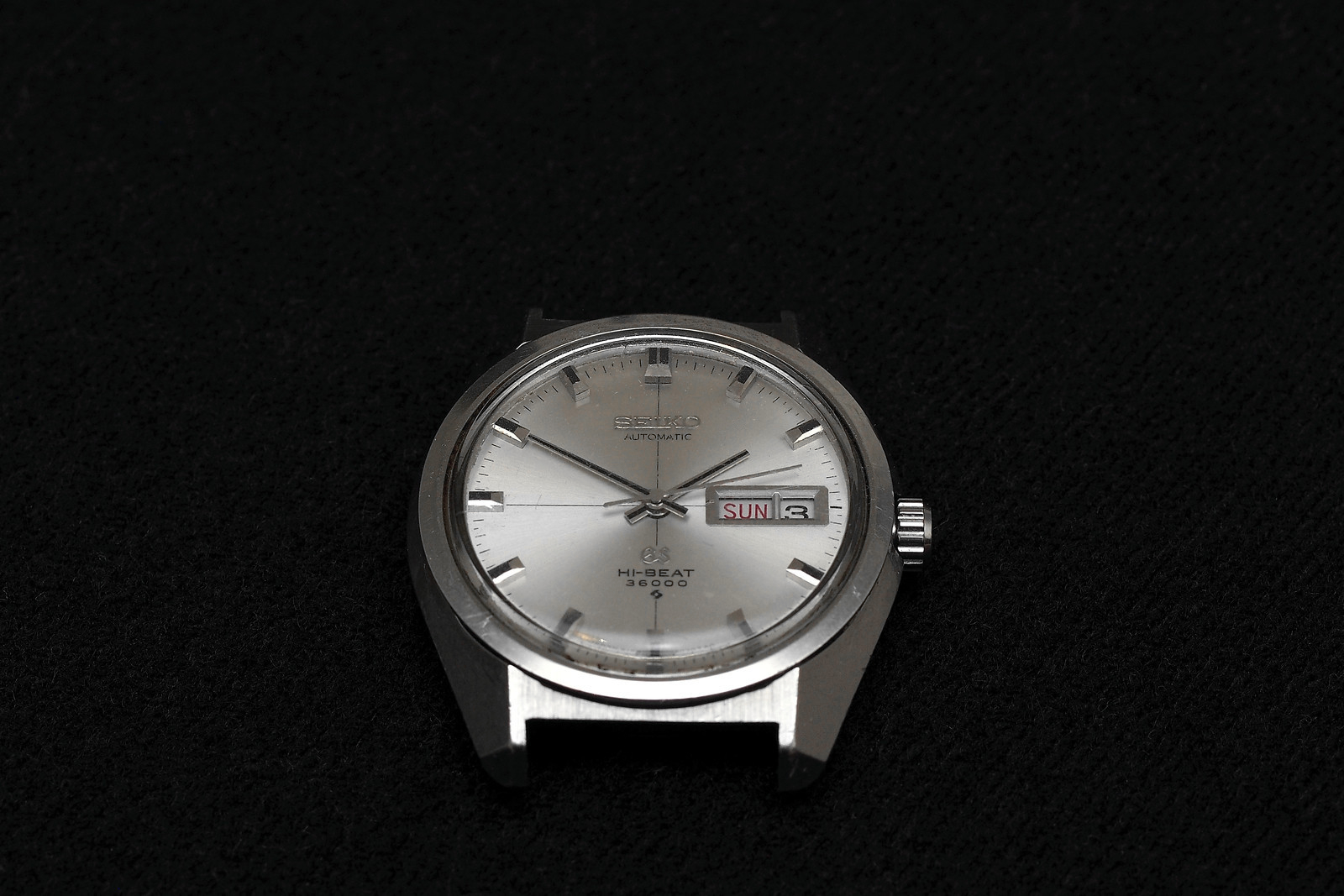 In this article, I will discuss a beautiful circa 1969 vintage Grand Seiko Hi-Beat (ref. 6146-8000) wristwatch that I recently sent into Grand Seiko Japan to be overhauled and serviced. The timepiece needed a cleaning, lubrication, adjustment and new plastic crystal, but apart from that everything appeared to be original and in very good condition. Additionally, when I sent it in, the watch could not hold any power, and as I feared, it was due to a broken mainspring (which winds up and then releases the power to animate the watch). No worries, though, they can just put a new mainspring in when they service the watch and everything will be working again, right? After all, they are the manufacturer of the watch. Wrong.

Upon being inspected in Japan, I was told that the mainspring had been “fatally” damaged, and they have no parts for it, therefore it cannot be repaired. I was also told that this watch is over 40 years old and so it is not out of the norm to be unrepairable. This has some validity, but to me, it is really only an excuse. “Fatally” damaged on a watch should mean a lot more than merely a broken mainspring. Imagine taking your Audi into the dealership and having them tell you the alternator is fatally broken and your car cannot be repaired.

This is not a car, but I think most will agree that for this to happen in the watch or car industry is downright unacceptable. Yes, the older a watch gets, the likelihood of finding replacement parts decreases, but come on, this is a high-end mechanical watch, not a battery powered Timex. The Swiss — and any good high-end watchmaker — pride themselves on being able to fix their watches for generations. Patek Philippe’s long-running campaign tagline exemplifies this point: “You never actually own a Patek Philippe. You merely look after it for the next generation.”

If you read the excerpt I took from an official Grand Seiko document (which has since been deleted), I think you might be quite surprised at how long (or short in this case) a Grand Seiko can be repaired by the factory for. “Seiko makes it the policy to usually keep a stock of spare parts for Grand Seiko watches for 10 years. In principle, your watch can be reconditioned within this period if used normally.”

Basically, this is saying to me that only for a period of 10 years will Grand Seiko keep the parts that are essential to repair your watch. So if you were to hypothetically buy a Rolex and a Grand Seiko, the former will be repairable for many decades, while the latter will only be repairable for a decade. Which one do you buy?

Furthermore, as a watchmaker, if you are not going to stand behind your timepieces any longer than 10 years, why not at least provide a comprehensive resource to help Grand Seiko owners find other means of fixing their timepieces? Case in point: I contacted a skilled third party watchmaker and he suggested that there may be a way to find a comparable Swiss mainspring but that he would need the specifications (measurements of the part).

However, after contacting the Seiko service department, I was told they have no technician in the US, no parts and no specifications or measurements for the parts. They were unable to help in any way. I then put in a request for the same information directly through Seiko USA, and I have not yet received any response.

It is unfortunate that such an amazing timepiece is basically useless after only 40 years, even though it is in excellent condition other than needing one easily replaceable part. How can Grand Seiko take so much pride in making the timepiece — but have such little concern in repairing it? The Swiss have a tradition of being able to repair their mechanical timepieces for many years, even very old pocket watches, apparently, Grand Seiko does not feel long-term serviceability is as important.

Editor’s note: This article was originally planned to be a “before” and “after” piece showing what the timepiece looked like before and after being sent to Grand Seiko Japan for full service.

Update (12/19/13): A spring was located in Japan, and the watch has received a full overhaul. Stay tuned as we will have an updated post soon.