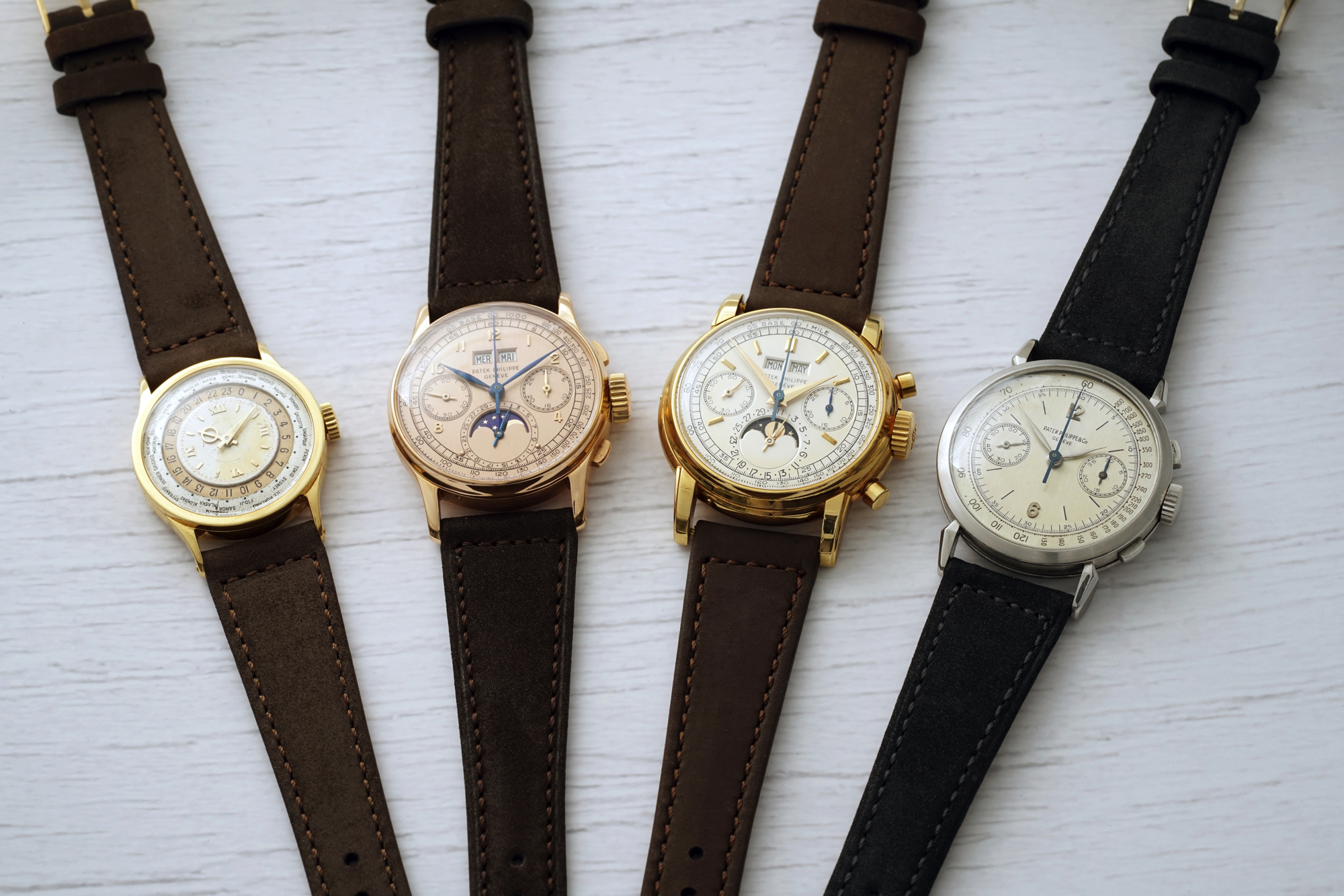 While the movie industry has Jean-Claude Van Damme (JCVD), the watch industry has Jean-Claude Biver (JCB) — one of the most outspoken personalities in the watchmaking business. In his long, storied career as a marketer, brand owner, CEO, Chairman — he retired from last year after heading LVMH’s watch division for the last 6 years — Biver’s influence has reached every brand from Audemars Piguet to Omega to Blancpain to Hublot to TAG Heuer and Zenith.

Along the way, it’s also widely known — to a lesser degree — that he’s a serious watch collector, focused primarily on none other than Patek Philippe. Sought out by the wealthiest collectors in the world, Patek Philippe wristwatches dominate the high-end auction market, typically commanding six and seven-figure sums.

Biver once said, “When I was at Audemars Piguet I wanted to buy Patek Philippe, when I couldn’t I started collecting their watches.”

This brings us to the upcoming Phillips Geneva Watch Auction: XI, where four of Jean-Claude Biver’s personal Patek Philippe watches will be auctioned in May 2020 at the Hôtel la Reserve in Geneva. It will undoubtedly be intriguing to see what these go for, considering the rarity — and who owned them.

From the left to right (pictured above), the watches are described by Phillips Watches below.

Patek Philippe presented its first world time wristwatch created in series in 1939 under reference 1415, but it had created a few pre-series and prototype versions the years prior. The present reference 96 is, in fact, one of these ultra-rare pre-series prototypes of which only two are known, made in 1937 to most probably test the market, making it not only a historically significant timepiece but also one of the rarest world time models ever made by Patek Philippe. Unknown to the market, it first appeared in 2011 when it was purchased by Mr. Biver. The other example is in the Patek Philippe Museum in Geneva. Estimate CHF 300,000 – 600,000

A monumental model, reference 1518 was the first perpetual calendar chronograph wristwatch ever produced in series when it was introduced in 1941. According to research, only 281 examples were manufactured until the reference ceased production with a majority made in yellow gold. Pink gold reference 1518s were most often fitted with a silvered dial. It was only on very rare occasions that they were fitted with pink dials. So rare is this variant that only 13 examples of reference 1518 are known with a pink dial, making it one of the most exclusive complicated Patek Philippe wristwatches for a collector to acquire. The present watch appears on the market only for the second time, Mr. Biver being the second owner since new. Estimate CHF 1,200,000 – 2,400,000

Launched in 1951, the reference 2499 was the direct successor of the reference 1518 and came with more sporty round pushers and a larger 37.5mm case. The second series like the present watch was offered either with Arabic numerals or applied batons as well as with a tachymeter scale. The second series reference 2499 is so rare that very few examples have graced the international auction market, and in fact, only 20 examples in yellow gold with applied batons, like the present example, are known. Estimate CHF 1,000,000 – 2,000,000

This incredibly attractive and well-preserved reference 1579 is one of only three vintage Patek Philippe chronographs cased in platinum. It is unknown why Patek Philippe decided to use platinum for this reference and only for three watches, but it is interesting to note that the three watches have consecutive serial numbers and different dials, making each piece unique. The present watch is the last of the three made and differentiates itself from the other two with its scale and markets in blue, giving the watch an incredibly vivid modernist appeal.