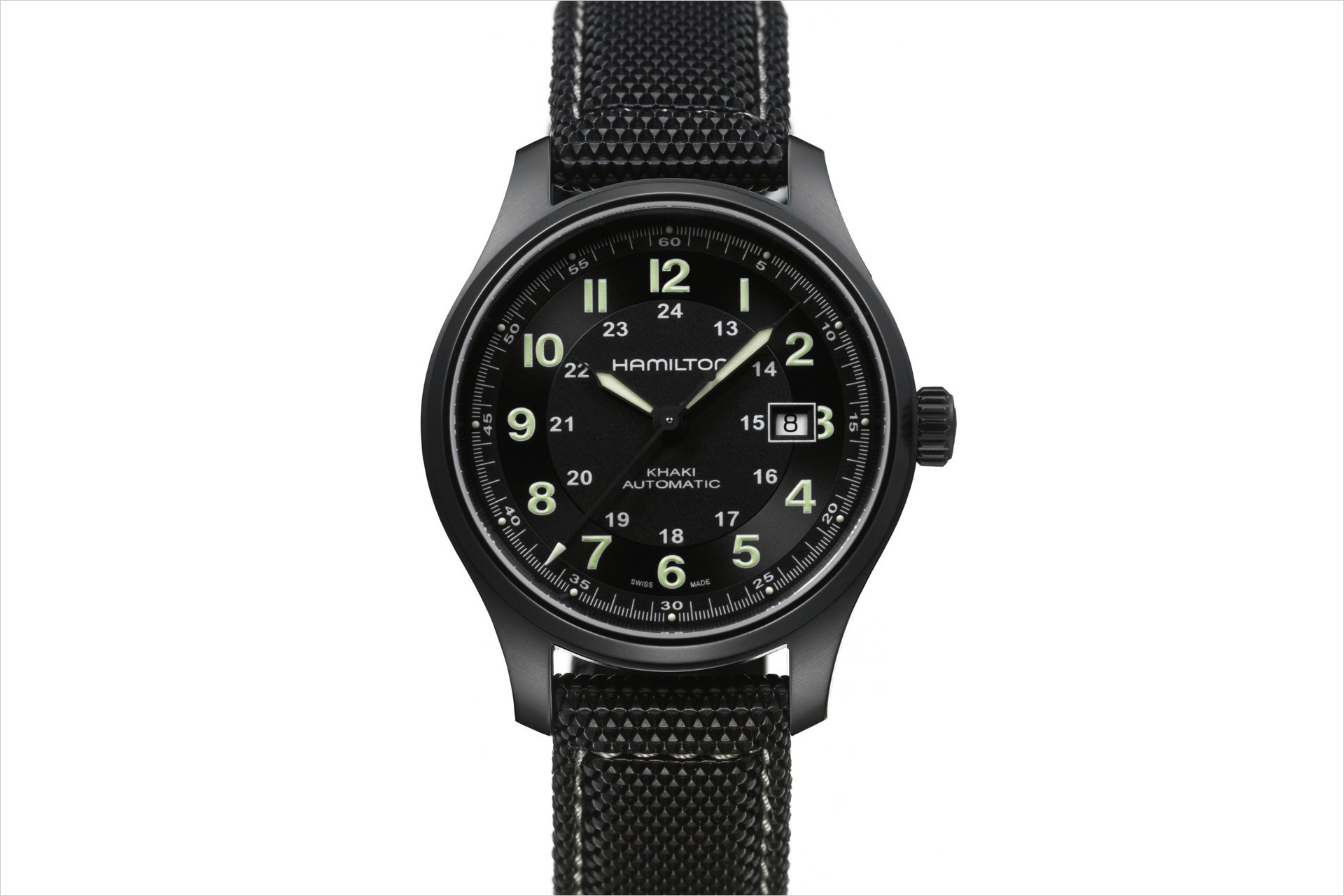 Today, the fifth movie installment from Tom Clancy’s series of novels based on CIA agent Jack Ryan debuts. First seen on the big screen in the 1990 movie “The Hunt for Red October,” Jack Ryan was originally played by Alec Baldwin. Then, Harrison Ford subsequently played the same part in “Patriot Games” in 1992, and “Clear and Present Danger” in 1994.

Most recently, in 2002, Ben Affleck, was Jack Ryan in “The Sum of All Fears.” Beginning today at theaters, Jack Ryan is back. This time, in “Jack Ryan: Shadow Recruit” the part is played by Chris Pine (best known for his role in Star Trek). Pine is seen throughout the movie wearing the Hamilton Khaki Field Titanium Automatic.

Aptly, the watch is a blacked out version of the Khaki Field Automatic. It comes in a 42 mm titanium case with black brushed PVD finish. The dial is black, with painted luminous Arabic numeral, and outer minute ring, and an inner 24-hour military time scale. The hour and minute hands are sword-shaped and are luminous filled. Inside, is an ETA 2824-2 self-winding movement. Water-resistance is 100 meters. Comes on a black leather strap with contrasting stitching and a titanium buckle. Retail is $995 (Ref. H70575733)

Additionally, Kevin Costner’s character, Harper, wears a Hamilton Khaki Flight Timer in the movie. It is in stainless steel, measures 40 mm in diameter and retails for $1,445. 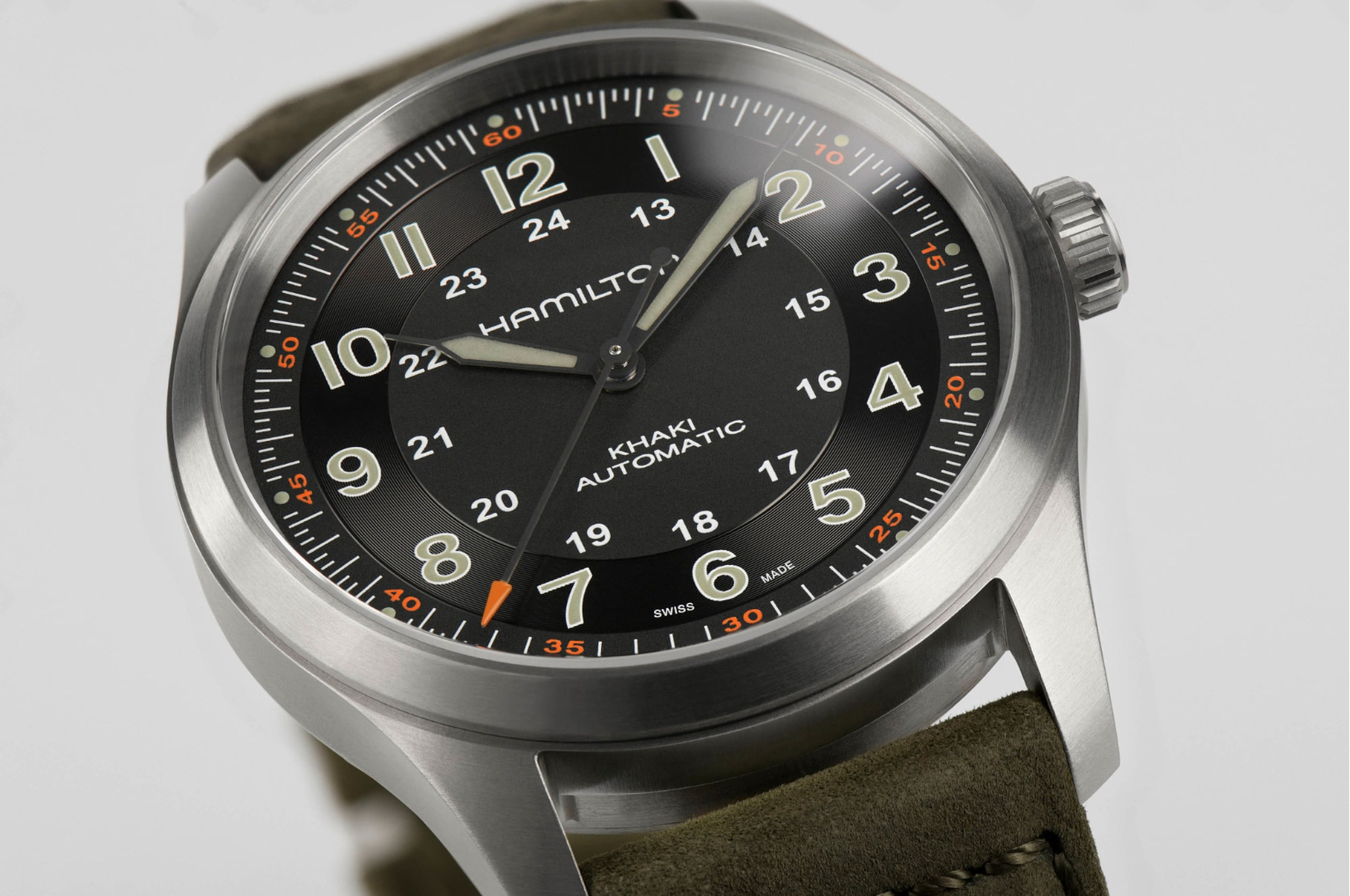 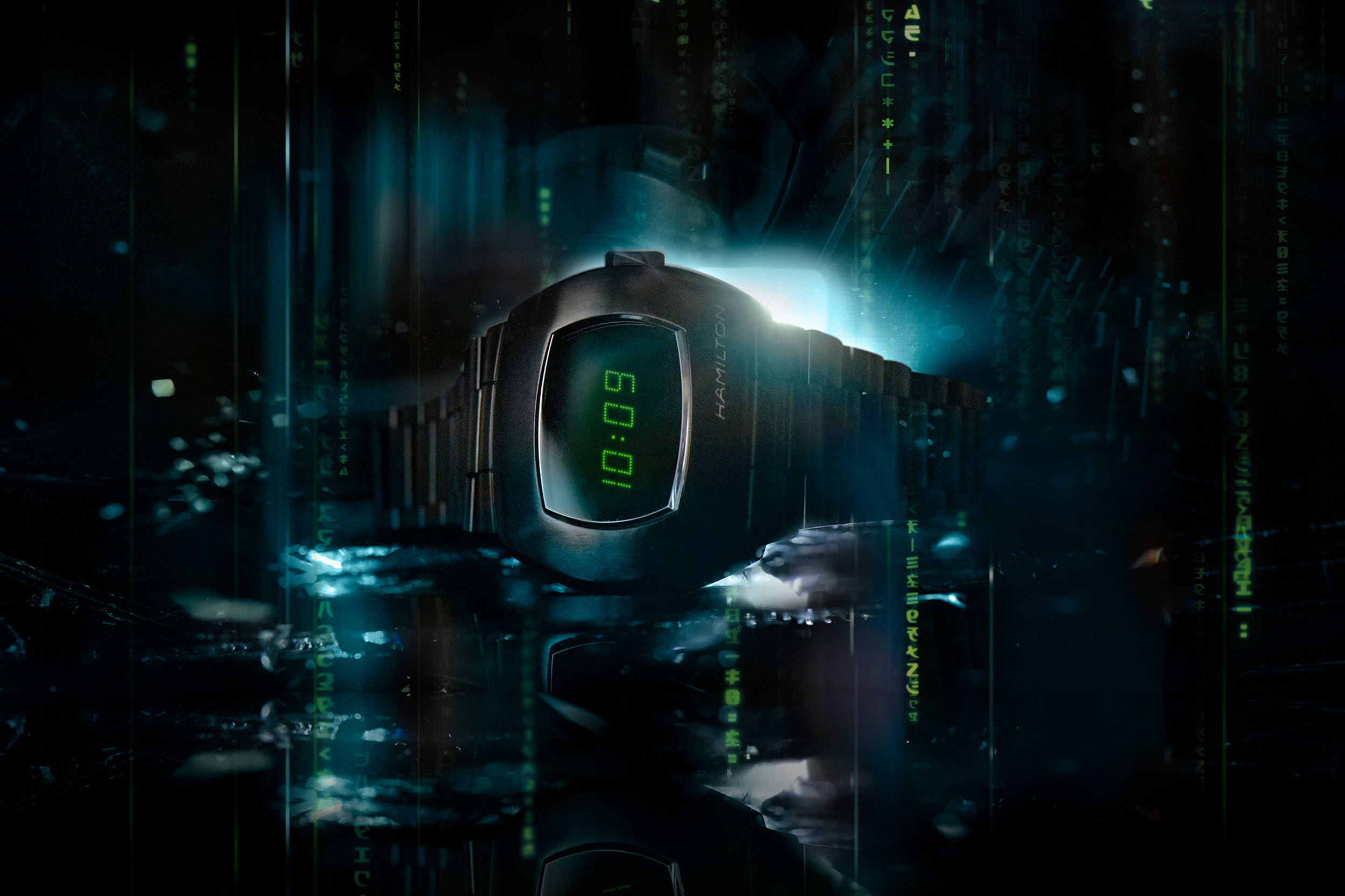 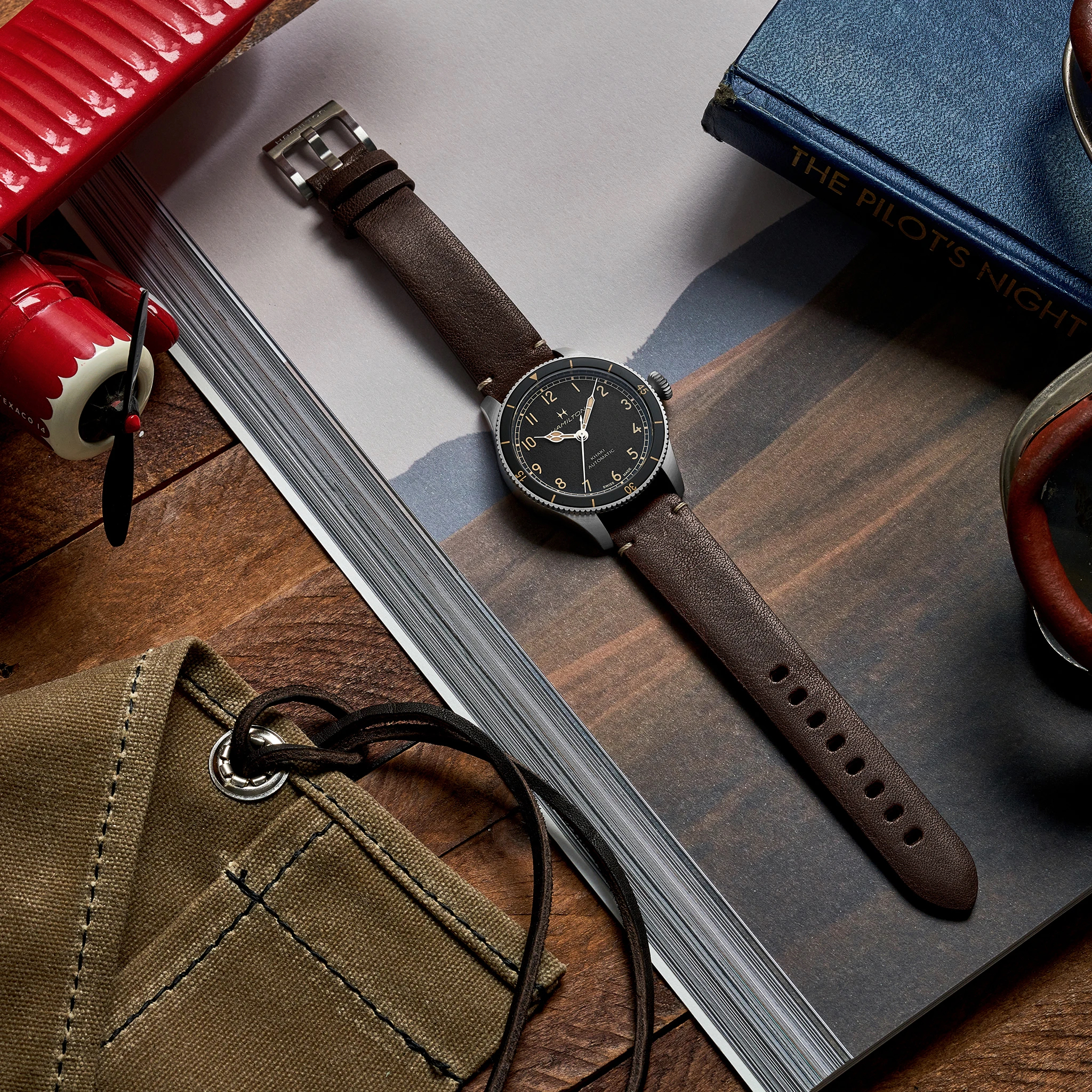