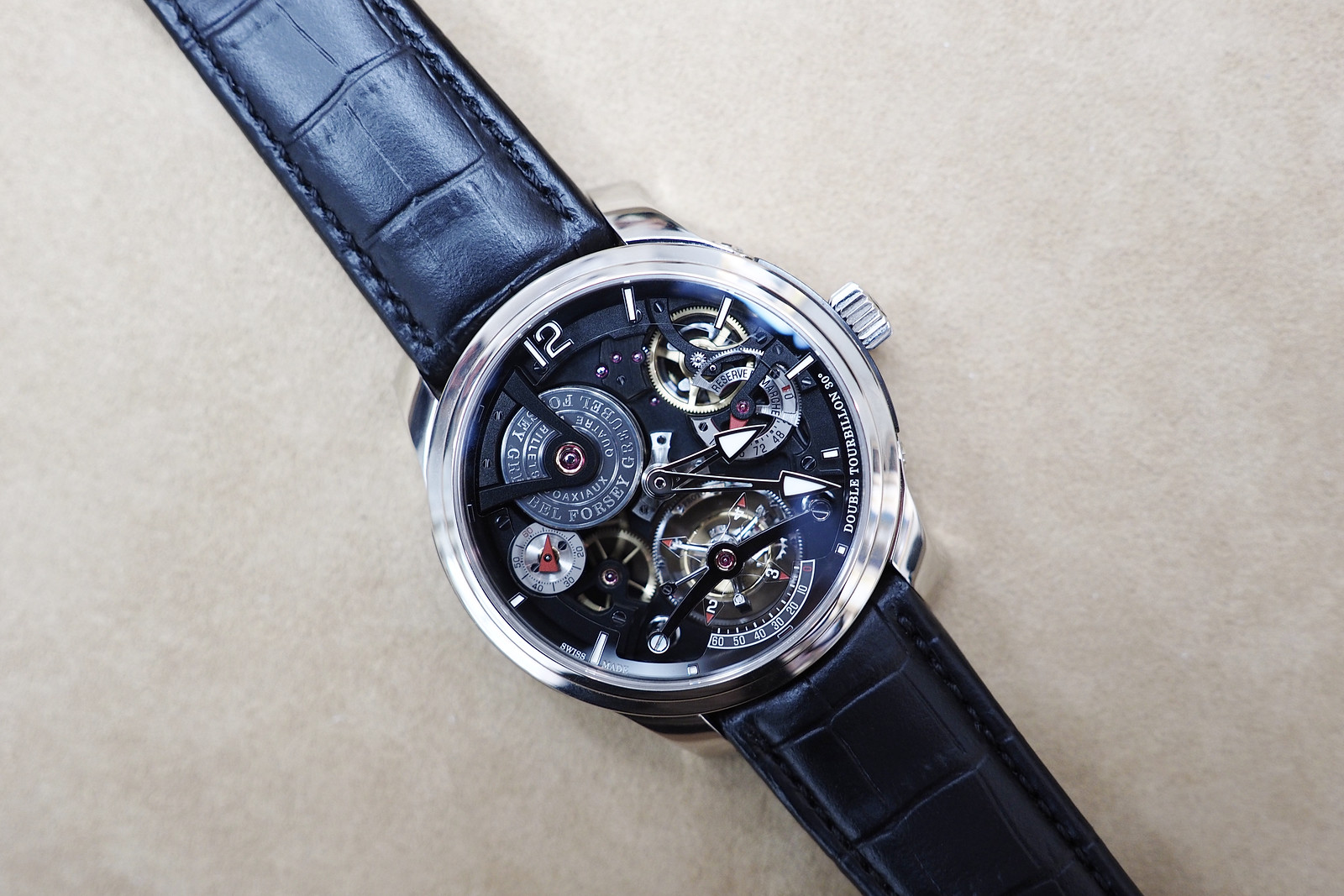 In 2005, Greubel Forsey introduced the Double Tourbillon 30° which featured one tourbillon cage completing a rotation every 60-seconds (at an angle of 30°), inside an outer cage with a four-minute rotation.

This was the brand’s first horological creation and is the basis for the Double Tourbillon 30° Technique Platinum Bi-Color (pictured). The large platinum case has a fixed, stepped bezel and measures 47.5 mm by 16.84 mm. Greubel Forsey’s philosophy is engraved on black ADLC-treated plates which are screwed to the sides of the case.

The central hands, which have been skeletonized and feature large arrow-shaped tips with white luminous material, indicate hours and minutes. The hours are marked by indexes that are hand applied to a sapphire chapter ring. At 9 o’clock is a small seconds subsidiary display. And at 3 o’clock is a power reserve indicator. The power reserve is 120-hours, thanks to four fast-rotating coaxial mainspring barrels.

At 6 o’clock is the tourbillon, which is suspended by a large tourbillon bridge and is made up of 130 components that weigh a total of 1.22 grams. The bridges and mainplate on the Double Tourbillon 30° Technique Platinum Bi-color are distinguished by a black chromium treatment, which helps to visually separate them from the moving components%