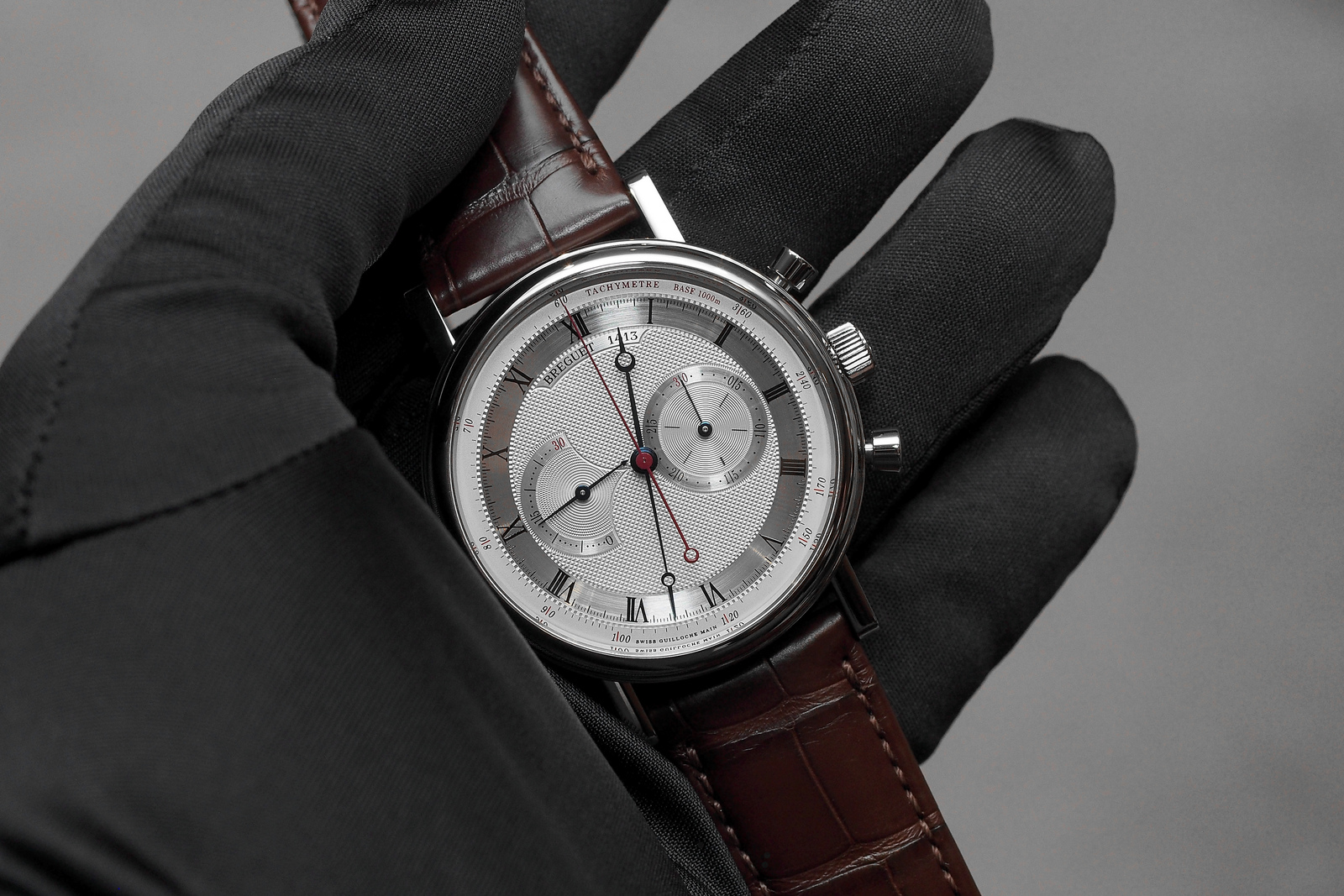 Hands-On With The Breguet Classique Chronograph 5287

The Breguet Classique Chronograph 5287 was introduced earlier this year in either an 18K rose or white gold case measuring 42.5 mm in diameter. It’s shown with an 18K gold silvered dial with four engine-turned patterns (also available in a black dial).

Inside is a manually wound caliber (previously called 2310) designed in the 1940s by Albert Piguet at Lémania, where it was called caliber CH 27. At the time, it gained a reputation for its endurance and reliability. And now, Breguet decided to introduce reference 5287 to honor the legendary Lémania based movement. The modern version, called caliber 533.3, has received a redesign, visible through the clear case back. Needless to say, the finishing of the movement is superb.

The caliber 2130, a column-wheel chronograph, was designed to avoid the risk of juddering or seizure. “Fine-adjustment screws set the right depth of engagement between toothed wheels, while a friction spring acts as a slight brake on chronograph hand to prevent it from juddering.”

The dial has a central chapter ring to display hours and minutes. Seconds are displayed at 9 o’clock with a double hand (each hand represents 30-seconds). The chronograph minutes are shown at 3 o’clock. Chronograph seconds are indicated via the red central hand. A tachometer scale to calculate speed is located on the outermost ring.

“The dial is engine-turned in a hobnail pattern in the center and in a circular barleycorn motif for the double seconds. Snailing for the minutes counters and cross-hatching complete the dial decorations.”