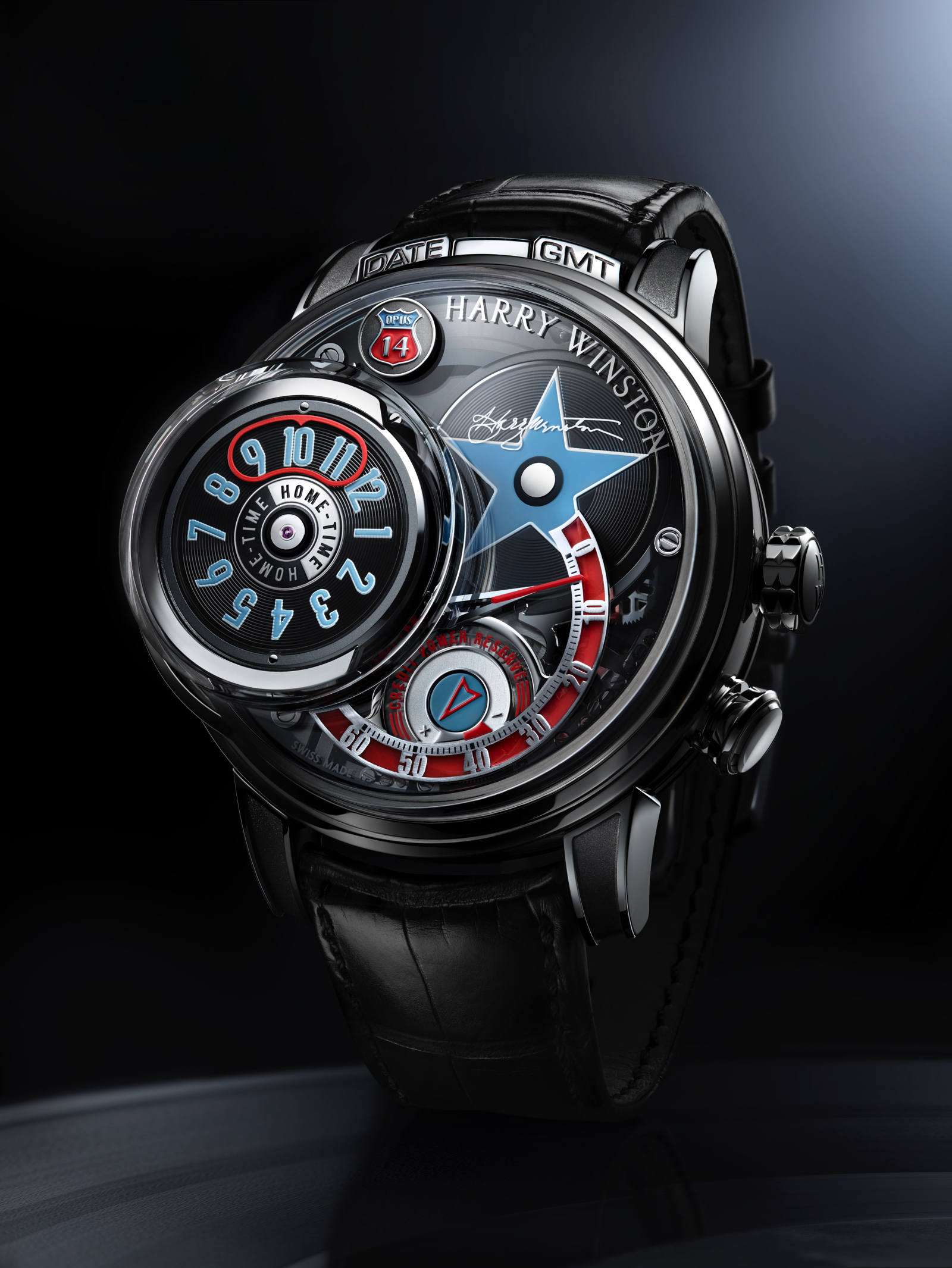 Yesterday in Germany, Harry Winston debuted Opus 14, which is the result of a collaboration between independent watchmakers, Franck Orny and Johnny Girardin. For those of you who don’t know, Harry Winston started creating unique collectible limited edition timepieces once a year in 2001, dubbed “Opus.” A new piece was unveiled every year until 2013, the same year the Swatch Group purchased Harry Winston.

In 2014, under the new direction of the Swatch Group, Opus was put on hold. The journalist and collector favorite has always been an original creation, made by independent watchmakers, with an interesting never before seen function. And thankfully, after a short hiatus – Opus is back.

For the fourteenth Opus, the theme is a jukebox. More specifically, the unique function is an automaton that functions like a jukebox, but instead of vinyl records, there are three on-demand disks: a Calendar disc, GMT by disc, and HW aesthetic disc (with a star image). Watch the video. The automaton functionality requires its own mainspring and power barrel, which is good for up to 5 back and forth animated disc movements. Powering the time is another mainspring and barrel, which is good for up to 68-hours. The winding of the barrels is done at the 1st position with the crown being wound clockwise and counterclockwise, respectively for each barrel.

In addition to the aforementioned “on-demand” functions, the local time is shown with a disc. Minutes by retrograde hand. The animation power reserve is displayed via a disc. And the movement power reserve via an aperture.

Powering this special timepiece is a manually wound movement (caliber HW4601) which beats at 4Hz and consists of 1066 components, including 124 jewels and 31 bridges.

The Opus 14 case is crafted in 18K white gold (54.7 mm x 21.9 mm) and is paired with a black alligator leather strap with folding clasp. Water-resistance is 30 meters. Limited to 50 individually numbered pieces (engraved on caseback). 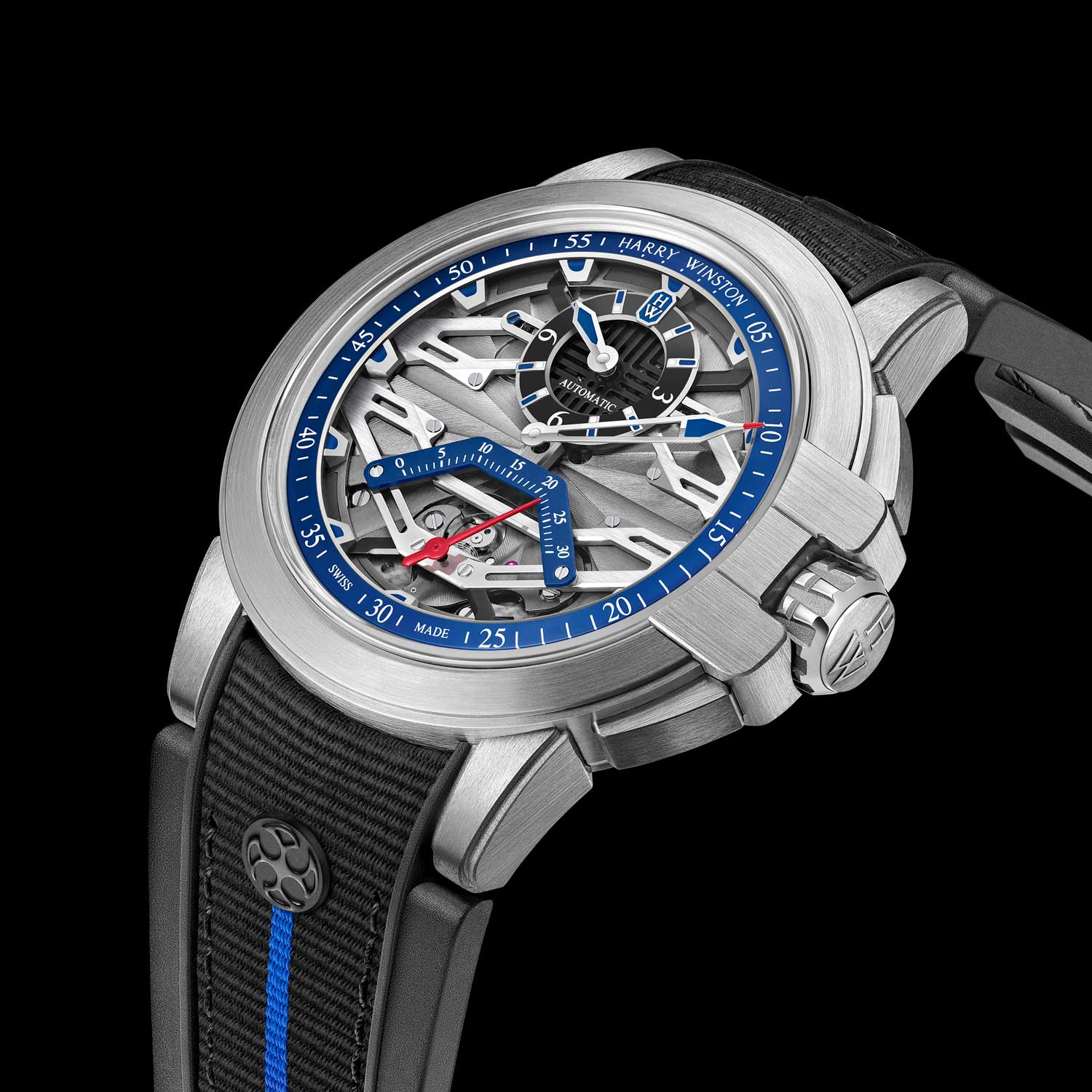 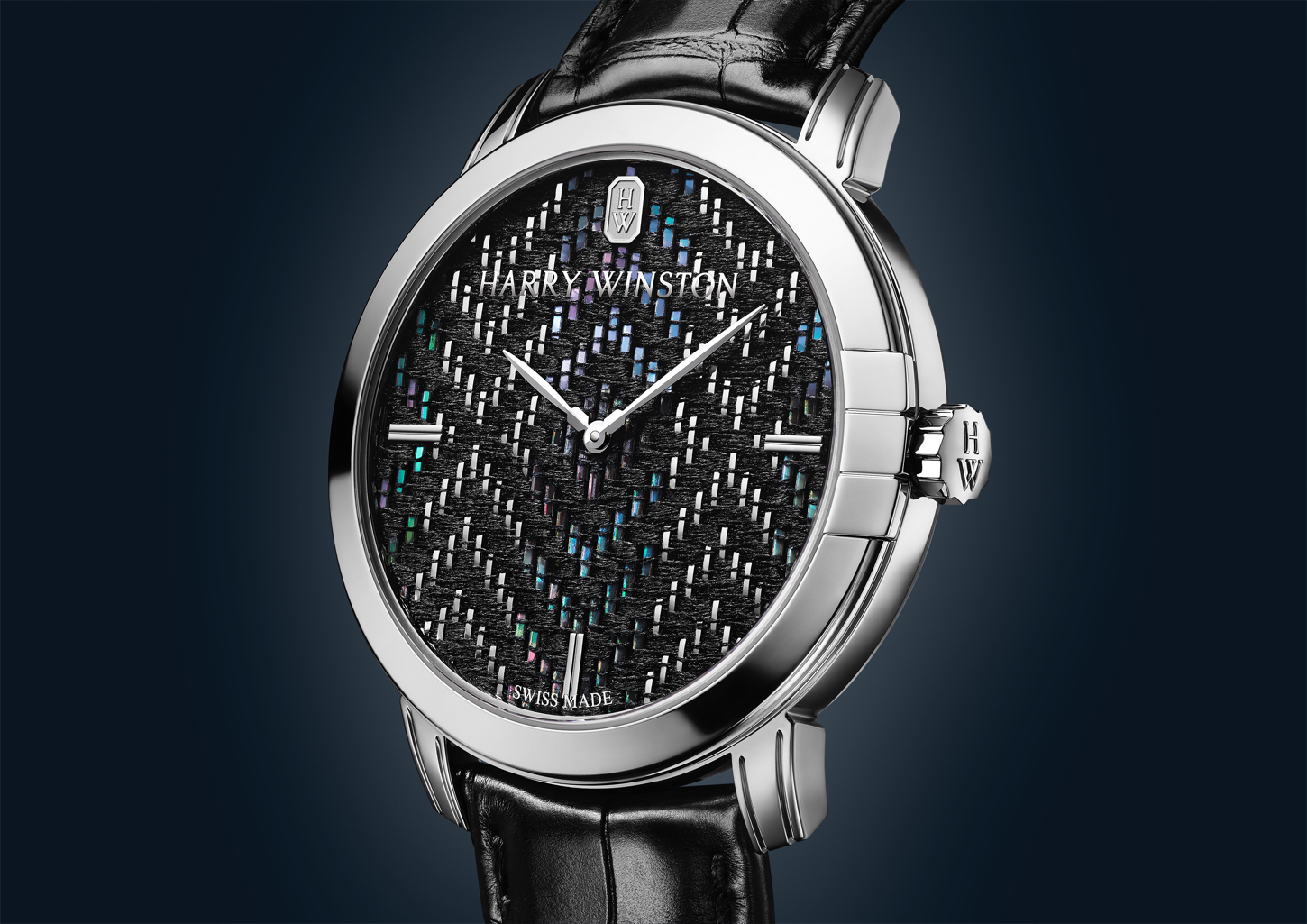 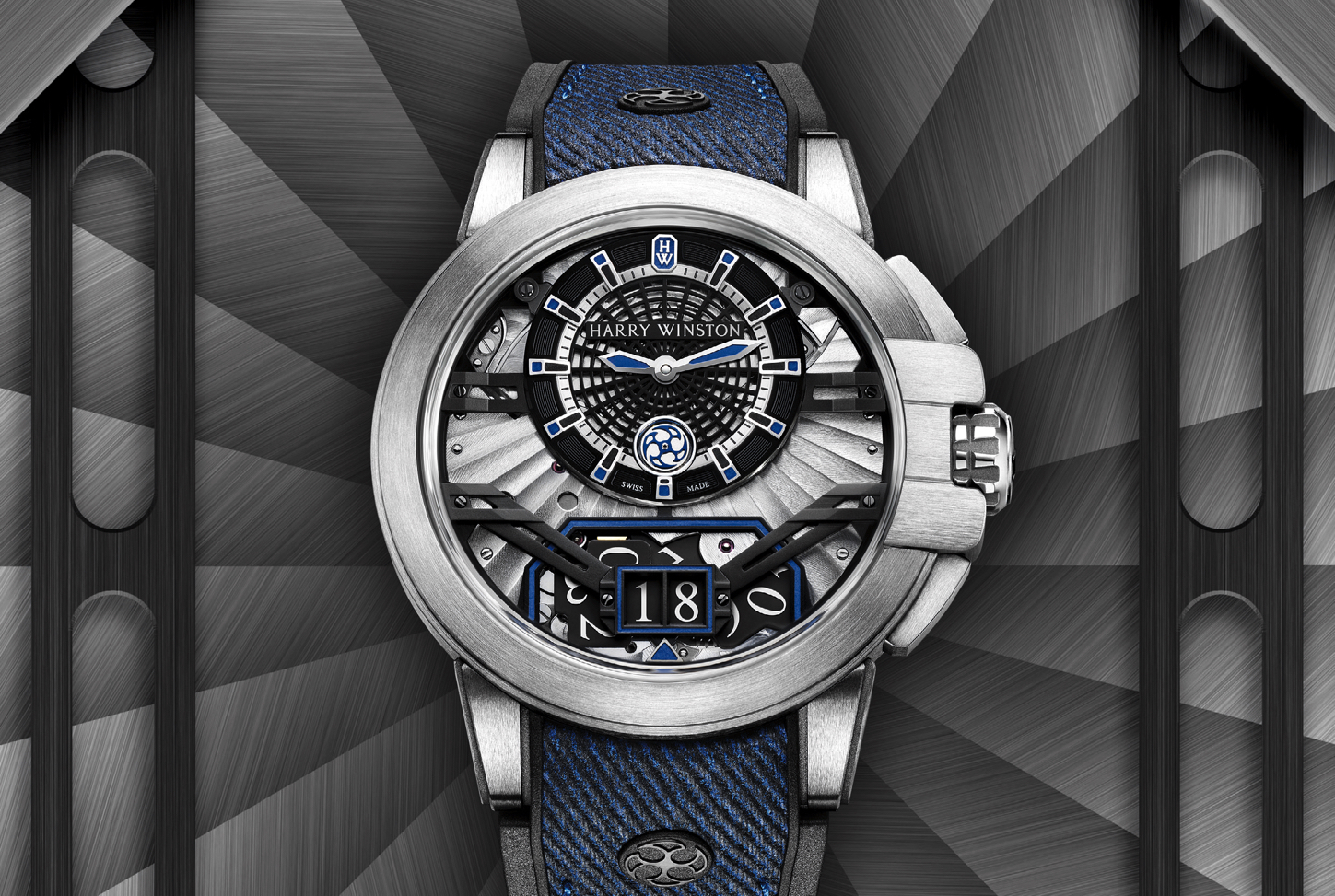