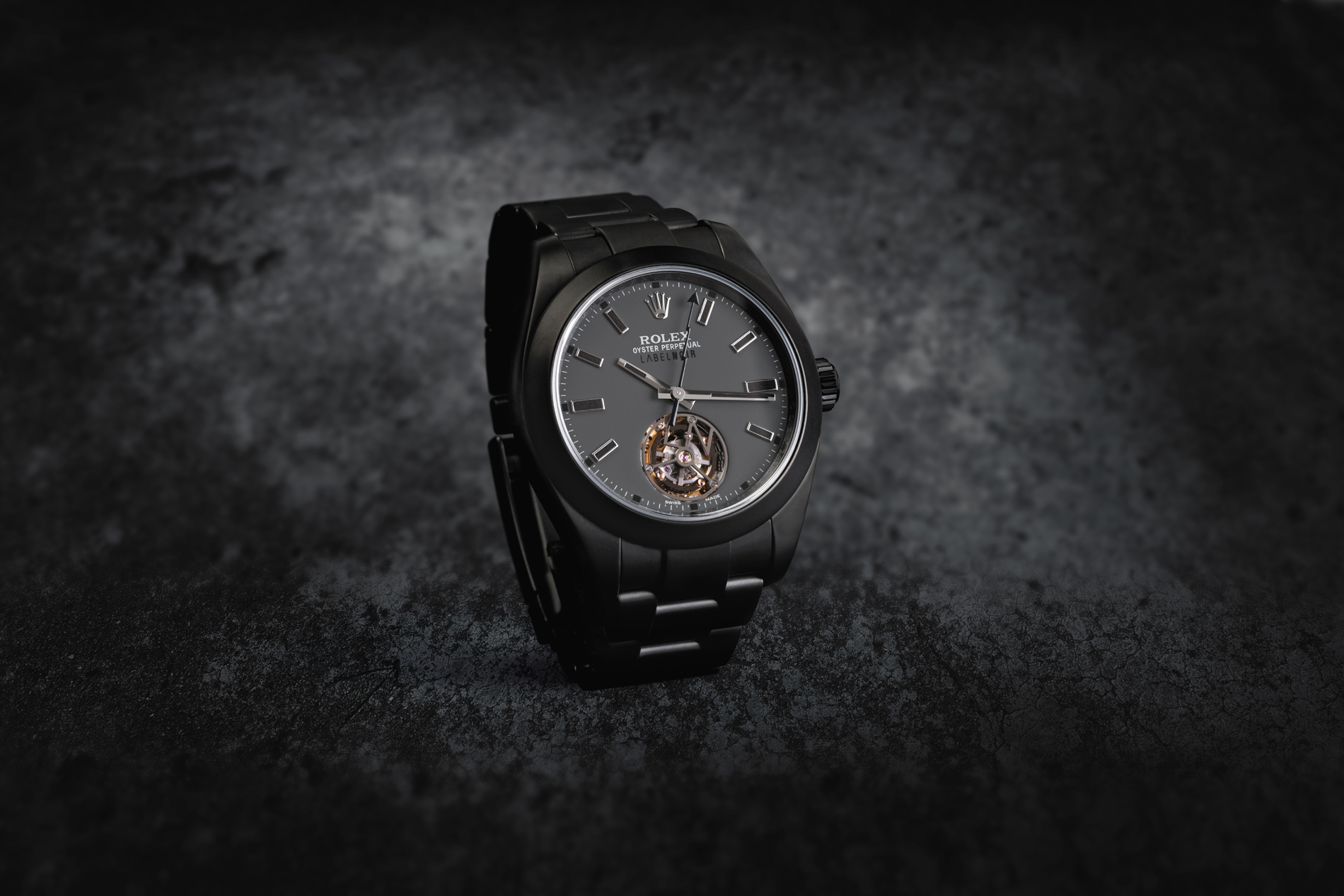 Have Rolex customizers gone too far with a Milgauss Tourbillon?

Label Noir, an aftermarket watch customizer that’s been around since 2011, has taken a customer’s preowned Milgauss and retrofitted it with a tourbillon.

The Label Noir Milgauss Tourbillon watch case started with Rolex’s famous 904L steel exterior and had a black ADLC coating added, which is something numerous Rolex customizers, such as Bamford, already do and have been doing for years.

What’s new, is the modification of the movement and dial to incorporate a tourbillon, which is a complication that Rolex has never made.

The dial has been refinished in matte gray, “Label Noir” was added, and a cut-out was made for the new whirlwind mechanism at 6 o’clock.

As you might expect, Rolex does not support these customizations, and the warranty is void on any timepieces that have aftermarket customizations, however, at this point in time, it appears nothing can be done legally to prevent it. Or believe me, they would.

Technically speaking, to make this tourbillon a reality the watchmakers at Label Noir reworked the mainplate and performed a so-called “surgery” on the escapement and balance mechanism to incorporate a tourbillon cage.

The Milgauss that Label Noir used has a steel bezel and is powered by Rolex caliber 3131, of which 51 components were removed, 2 components were modified, 94 components were added, and the frequency was reduced from 28,800 vph (4Hz) to 21,600 (3Hz). This is a flying tourbillon with a standard one-minute rotation rate.

Would I ever consider an aftermarket blackened Rolex? Doubtful. How about a Rolex Tourbillon. Hell no! But for those with deep pockets, the choice is yours. You will definitely have something that few of your peers own if you drop whatever ludicrous amount they’re asking.