Introduced just three years ago, the I.N.O.X. collection is now Victorinox Swiss Army’s best selling watch line.
It’s not a big surprise, as the rugged survival watch truly goes hand in hand with the knives that Karl Elsener created in 1891 and supplied to soldier’s in the Swiss Army for the first time. And just like with the knives – since the launch of I.N.O.X. timepieces in 2014 – the company has continually added utility to these professional watches. Last year, they added the compass bumper case and paracord strap. This year, the innovative Carbon I.N.O.X., which has a robust carbon fiber case, was introduced.

Alongside the new carbon timepiece, Victorinox unveiled something very special, that will surely interest space fans: the I.N.O.X. Titanium Sky High Limited Edition. This new limited edition timepiece and knife set pay homage to the little-known fact that Victorinox Swiss Army Knives have been traveling to space for over 20 years. And the knife included with the limited edition watch is the same as the knife provided to astronauts, with the exception that it is white instead of red.

According to Victorinox, “The countdown to the launch of the new I.N.O.X. Titanium watch comprised 130 product-specific durability tests, an uncompromising pre-requisite for membership of the family. This impressive checklist embraced extreme resistance to the elements, from exposure to repeated thermal shocks, with temperature variations in excess of 60o C, to conditions endured at an altitude of 21,300 meters, twice the cruising height of an airliner. The extraterrestrial inspiration behind the I.N.O.X. Sky High finds expression in an innovative Naimakka paracord attachment, in white and speckled black, with Technora® inner strings. This para-aramid fiber, eight times stronger than steel, contributes its own galactic endorsement of direct involvement in a robotic rover landing on Mars. Paracord has also been used to repair the Hubble Space Telescope. The combination of the white elements and matt gray sandblasted, highly resistant titanium is reminiscent of astronauts’ outfits. Then it’s time to “put your helmet on”, represented by a transparent, magnifying bumper. This shield-like cover is included with every piece and ensures that everyday adventures only leave behind ingrained memories and not scratches. Further aviation-triggered accents in the proudly function-driven design are red military time printed beneath the crystal, three easily legible, stamped numerals and a planet-earth blue second hand.”

Each of the 2,000 limited edition I.N.O.X. Titanium Sky High sets is delivered in their own shockproof and waterproof box. Inside, it also contains a white rubber strap with a blue and a red colored loop, a transparent smoked-colored bumper, and a special edition white Swiss Army Knife with an astronaut metal inlay and paracord keyring is a replica of the red knife that has served as astronaut’s standard equipment and is displayed in the Victorinox museum. 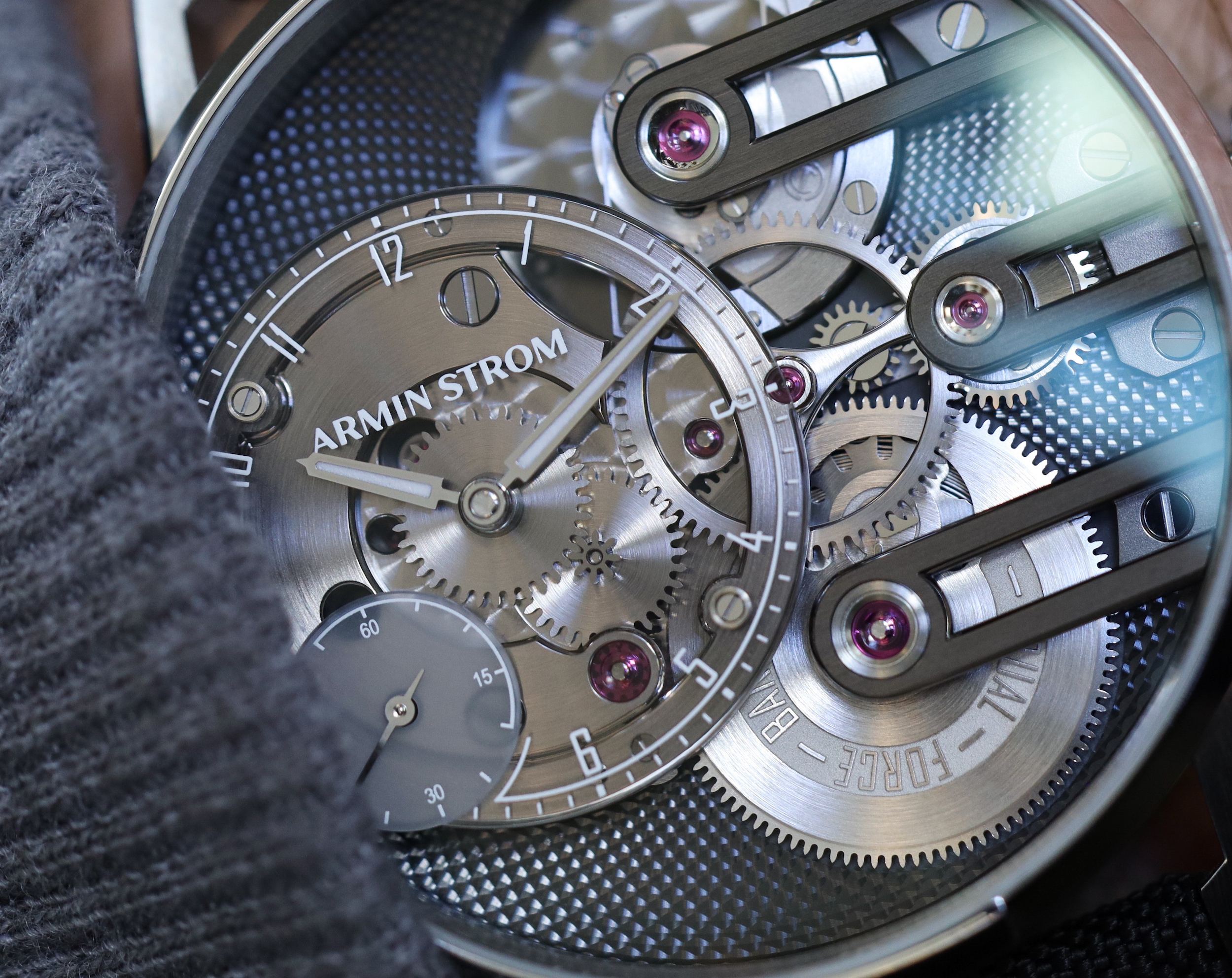