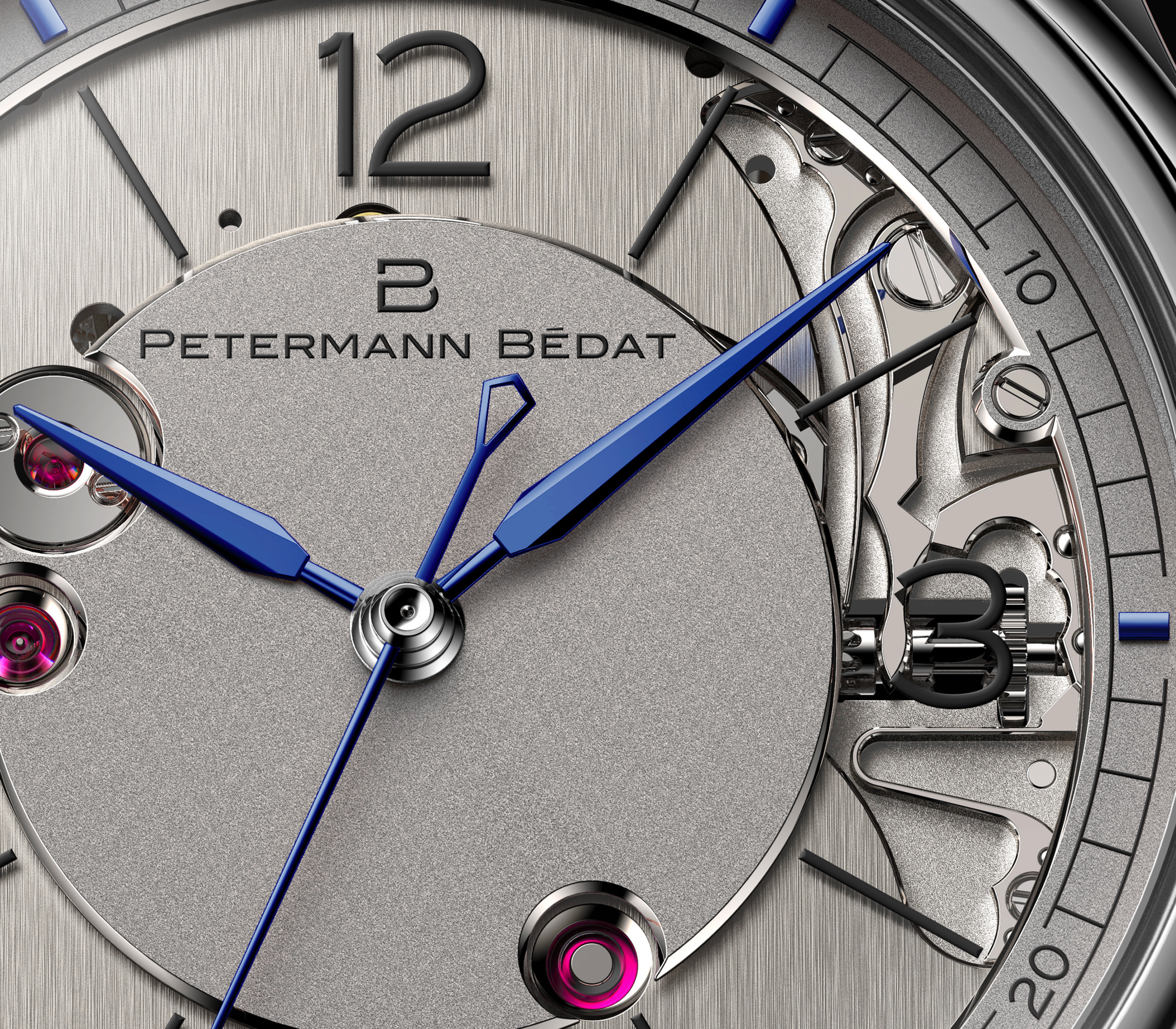 Sharing the same bench at 1 Ferdinand-A, Lange Strasse in Glashütte, Germany (also home to Glashutte Original, Nomos Glashutte, A. Lange & Sohne, and Tutima) — the two studied at one of the best traditional watchmaking schools in the world.

They eventually returned to Switzerland and set up a workshop in the town of Renens. According to the company, their choice was largely influenced by the availability of workshop space beside master watchmaker Dominique Renaud’s workshop. (Dominique Renaud is formerly of APRP – Audemars Piguet Renaud & Papi – know for high complication work.)

Like so many, the pair started by restoring timepieces, which eventually turned into the desire to make their own watch brand. Thankfully, this was not just another idea from a former executive or branding guru. Unlike many of the new watch brands that seemingly come and go every year, they possess the skills to make the watches — so with their business idea came a way to deliver it qualitatively.

To Petermann Bédat, the “Made in Renens” designation on the dial takes on another meaning. A desire for perfection, for hand finishing, even on the parts you will never see, is what drives this company. And as the company press release states, the reason for such attention to detail is simple “because the next generation of watchmakers love their job as much as their ancestors did.”

Interestingly the watch name “1967” is not a specific time that the company made their first watch (which is often the case), or even the birth year of the founders (who were born in the 1990s), instead it’s the date the first quartz movement was developed. Further, a quartz watch’s second-hand jumps from one second to another, exactly like a dead beat second — a complication they’ve integrated into their first caliber.

Inspired by the Gafner mechanical dead beat second system, the manufacturing of each movement requires the best craftsmanship and the anchor of the second is the most complex component to manufacture in the system. Needing to be adjusted by hand to one-hundredth of a millimeter, the watchmaker’s skill in this process determines whether the movement will function of not.

Petermann and Bédat wanted a pocket watch style regulation system and went with a slow 18,000 vph (2.5Hz) oscillation rate and a large 11.5 mm balance wheel adjusted by a swan-neck regulator (as well as via the poising screws horizontally mounted in the balance wheel).

The Gafner system reportedly also provided the opportunity for these watches to “revive heritage techniques such as the deep matte finish of the dead beat second bridge. Achieved with “poudre du levant” mixed with olive oil, this technique was traditionally used on grande sonnerie pocket watches but has since then nearly been forgotten.”

Designed by Barth Nussbaumer of Barth Studio, the design is a blend of Gaël and Florian’s taste, “a balanced cocktail made out of 19th century technical and aesthetic influences for the base notes, some mid-20th century design codes for the body, and a modern zest.”

Delivered in either an 18K red or white gold case measuring 39 mm x 10.70 mm, the stepped fix bezel surrounds a unique semi-open dial that features a central plate that has “cut-in” and an outer ring with “cut-outs”  — resulting in a distinctive aesthetic and providing even more areas to show off the company’s inherent hand finishing skills. The center dial section and the outer ring, which both have a frosted matte surface, are juxtaposed by gorgeous beveled and polished edges. And underneath the dial, visible through the right side cut-out, you can see components that have also been chamfered and with a black mirror polish, all done by hand.

Using hands that such as bevelling, black polish, and “berçage” Peterman and Bédat have created a look that blends a Dauphine-shaped hand and a 19th-century style hand, that will help distinguish their watches going forward. They are as they say, “Hands made by human hands.”

Being transparent, as every watch company should, the dials are manufactured by the dial was conceived in-house although it’s made by Comblémine. To achieve the frosted matte surface, a sandblasting technique was utilized, and the bevels are hand-polished (as mentioned above), plus there’s a sapphire glass that allows for the design of the opening around the center plate.

The Petermann Bédat caliber 171 movement is built with German silver bridges and main plate and stainless steel for most of the other components. Measuring 30 mm in diameter the hand-wound movement beats at 2.5Hz, has 160 total components, 29 jewels, and a 36-hour power reserve.