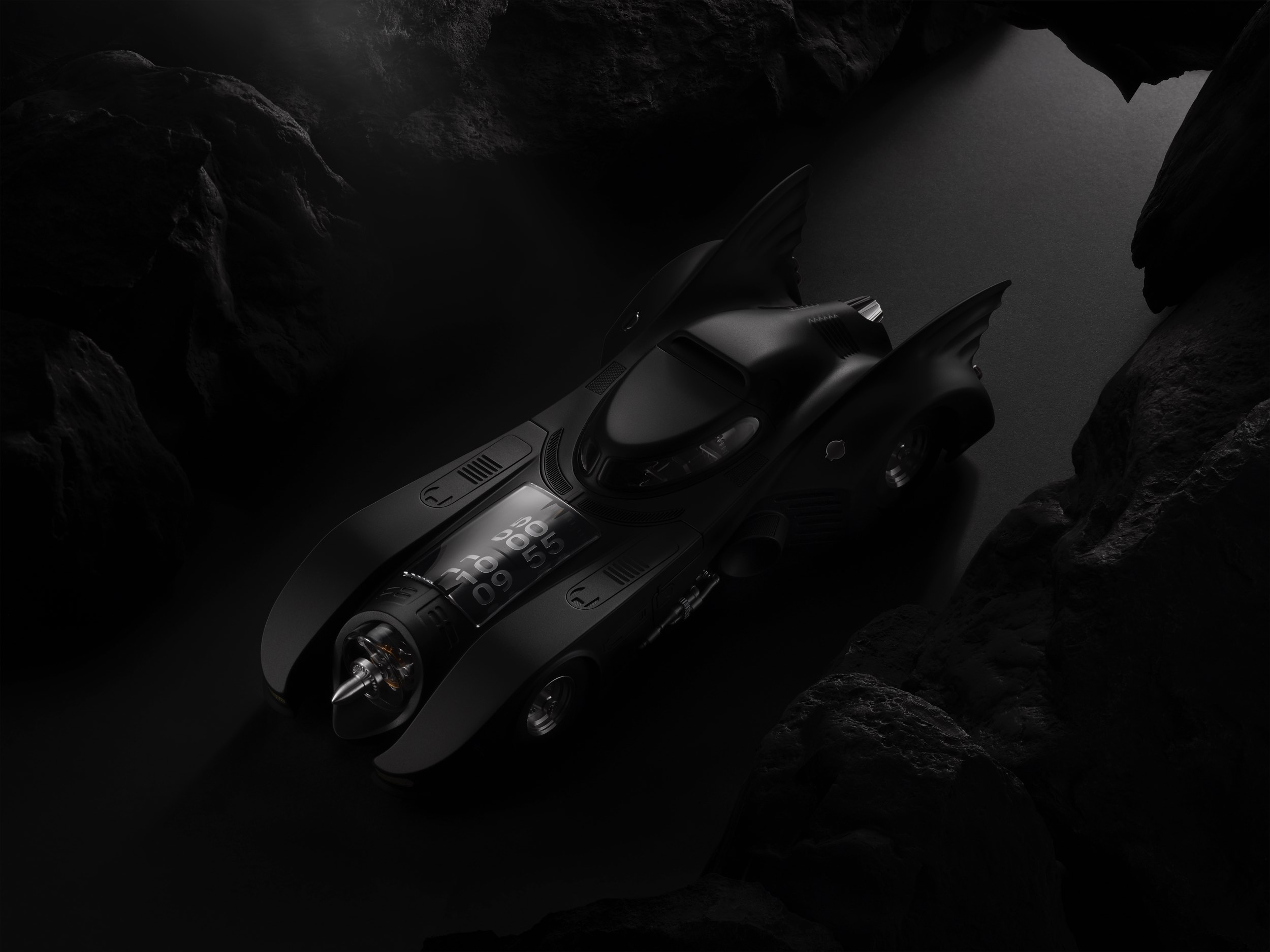 The 1989 Batmobile x Kross Studio Desk Clock is based on the version of the Batmobile from Tim Burton’s Batman movie which starred Micheal Keaton and Jack Nicholson.

“Every detail of this remarkable clock has been meticulously engineered, from the inside out. The greatest challenge facing Kross Studio was to conceive, develop, and integrate a state-of-the-art, tailor-made clock movement while respecting the exact shape of the Batmobile. Months of research and development were required to create this masterpiece, which contains a total of 512 components (115 in the body alone and 397 within the movement). In comparison, on average, a traditional mechanical movement is typically composed of only 130 components,” according to Koss Studio.

The body of the car is made from a lightweight black aluminum composite and has the same lines as the 1989 Batmobile and has been sealed with a scratch-resistant coating. The hours and minutes are displayed through a transparent hood via twin cylinders that rotate to tell the time. A vertical escapement system is visible through the transparent turbine at the front of the car. Three barrels mounted horizontally in series hold 30-days of power reserve when fully wound. The manually wound movement — which Kross Studio says they manufactured in-house — beats at 3Hz and is wound/set by a Batman-shaped winding key.

The 1989 Batmobile x Kross Studio Desk Clock is available as a 100-piece numbered limited edition for a retail price of $29,900.