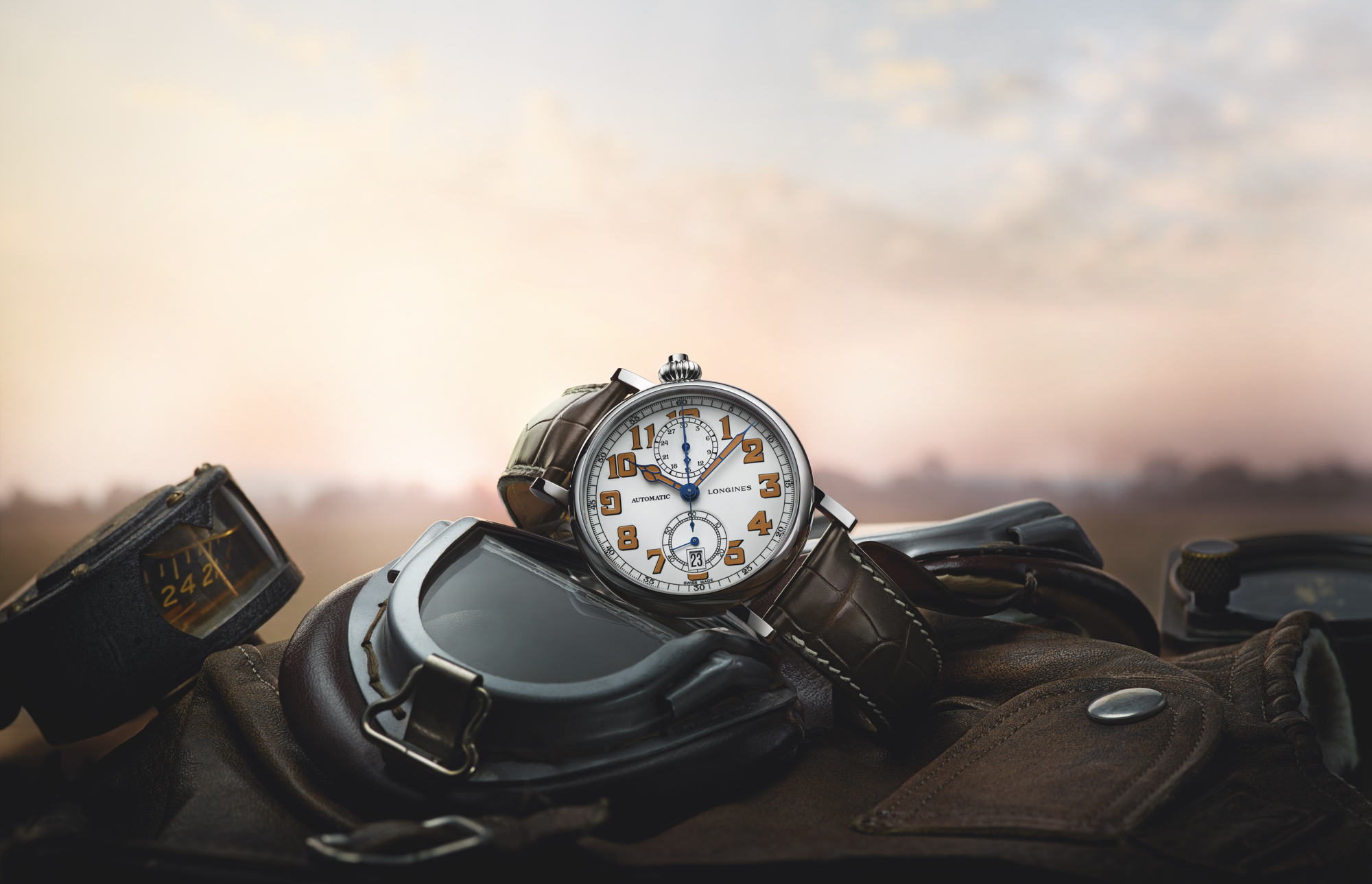 Saint-Imier, Switzerland-based watchmaker Longines released a vintage re-edition today, based on a 1935 timepiece that was originally made for pilots.

The Longines Avigation Watch Type A-7 1935 is presented in a round fully polished 41 mm diameter stainless steel case (the original case was 51 mm in diameter). It is immediately distinguished by its white lacquer dial that has an unusual alignment at a 40° angle, to the right. This configuration places the 12 o’clock Arabic numeral where 2 o’clock is normally located on a typical watch dial. The atypical dial layout is not just to be different, that watch was actually designed to be worn on the inside of the wrist, with the unique orientation allowing the pilot to read the indices without having to release the plane’s control yoke. Moreover, the crown was designed to be easily adjusted, even with gloves on.

Further, the fluted crown, that is mounted at 2 o’clock, has a single-pusher integrated on the end of it, that allows you to start, stop, and reset the chronograph. Up to 30-minutes can be counted in the snailed finish subsidiary dial at 12 o’clock. Chronograph seconds are indicated via a centrally mounted hand and track train chapter ring.

Hours and minutes are displayed via “pear-skeleton” hands, that have been blued and feature what Longines calls “honey-colored” varnish. The Arabic numeral hour indices are trimmed blued and filled with the same honey-colored paint. A snailed subsidiary dial at 6 o’clock both shows the running seconds and the date inside a small aperture. 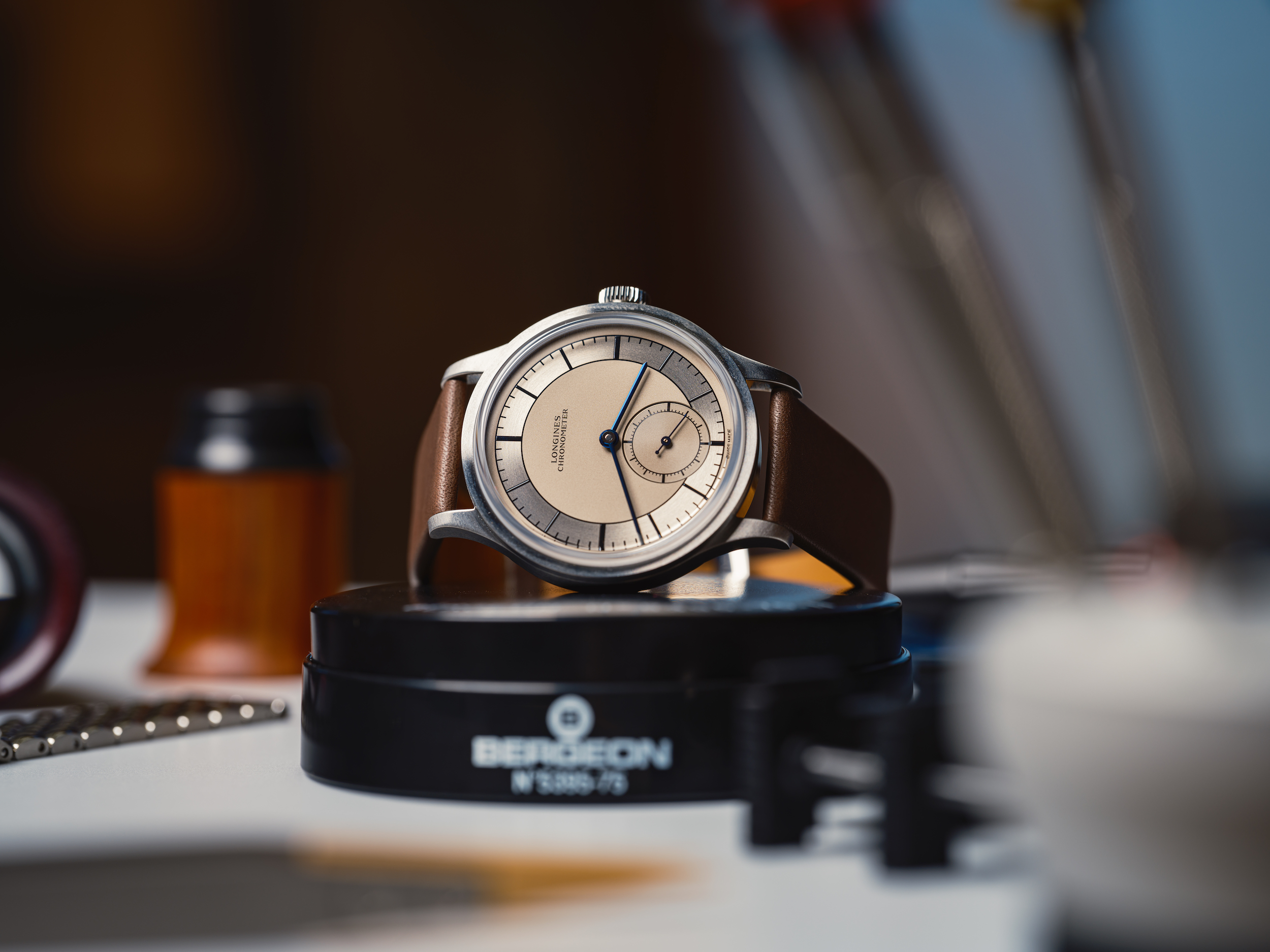 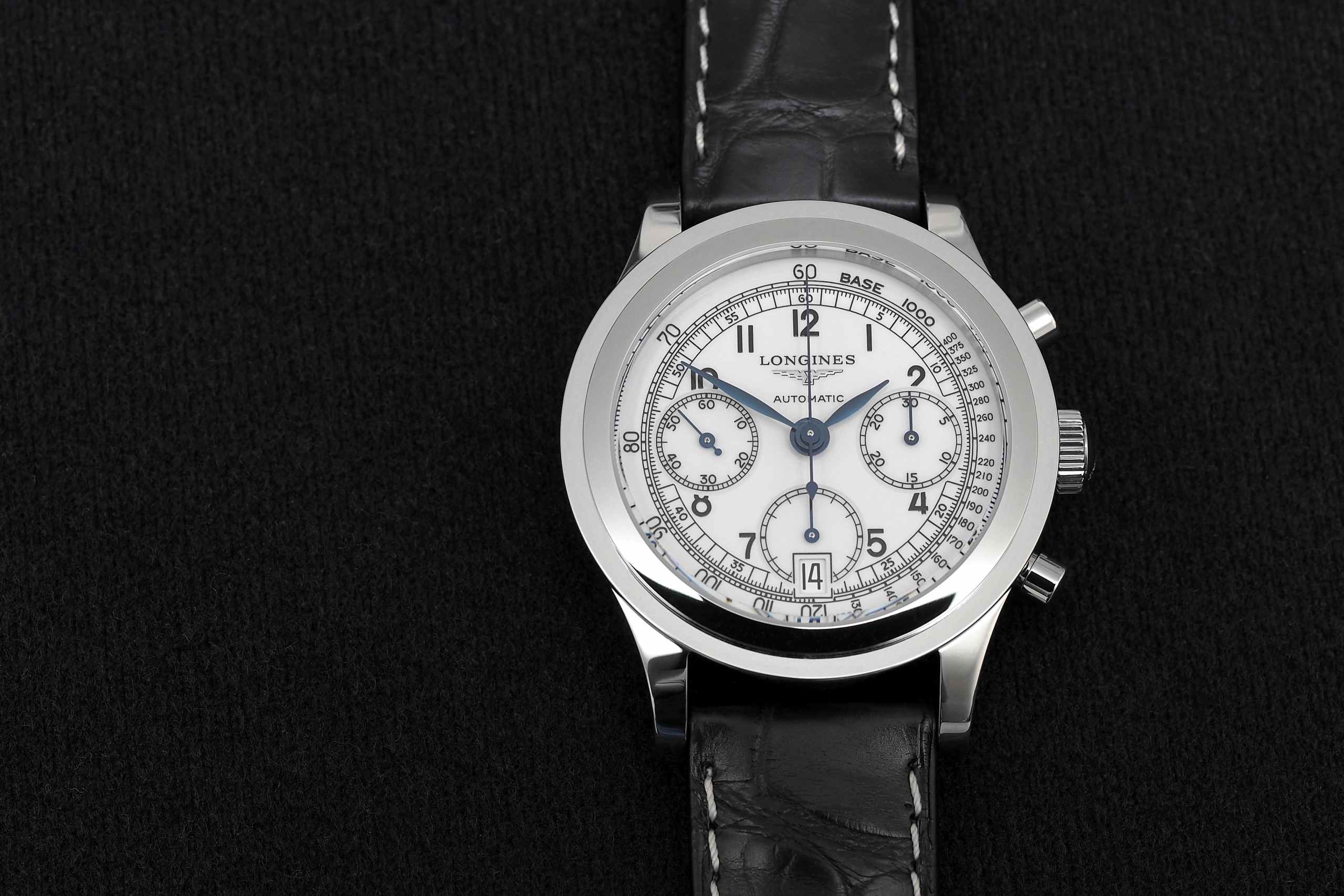