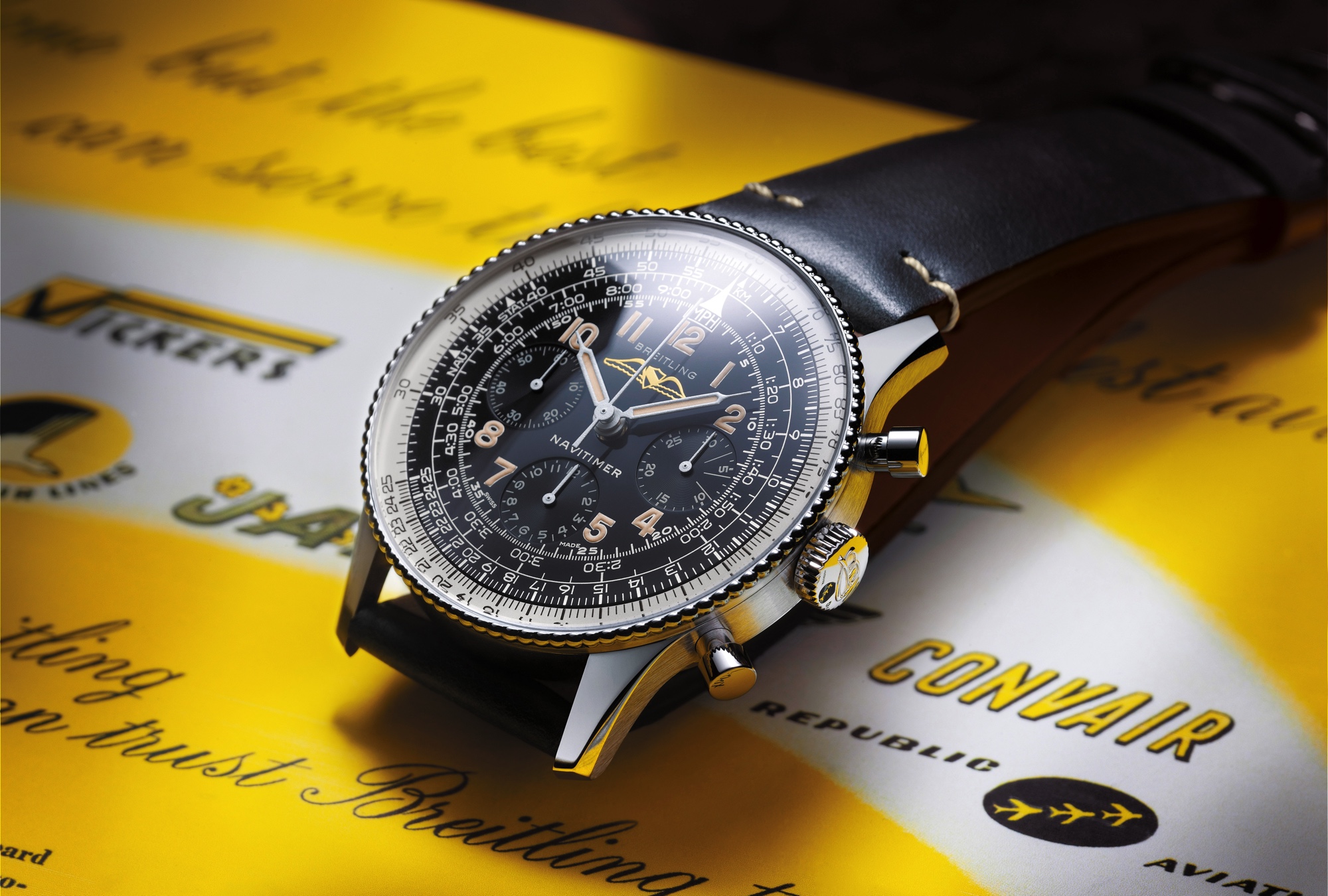 Ahead of Baselworld 2019, which begins later this week, Breitling announced a re-issue of their most famous watch model (dating back to 1952), the Navitimer.

Creating a re-issue versus a watch inspired by the past will probably make it very hard for even the pickiest collectors to resist. Why? Because they cannot make any excuses here if the vintage look is what they want. They cannot say ” it’s 1 mm too wide” or “I prefer the old logo.” It’s all the same. Not to mention, the faux lume looks spot one, an acrylic crystal was used instead of sapphire, and Breitling even incorporated a snap-on caseback like in the past. One thing we’re glad they improved is water resistance, at 30 meters you can take it in the water, whereas with the vintage versions, you do not want to take any of those near water at all.

Inside, the movement is really the only thing that has changed significantly. Caliber B09 is an in-house made manually wound column-wheel with a vertical clutch chronograph that has 70-hours of power reserve. You could argue Breitling has merged the best of both worlds: the beautiful looks of the past with a premium modern movement inside.

According to Breitling, “The Navitimer Ref. 806 1959 Re-Edition has a rotating beaded bezel made of precisely 94 beads, exactly the number found on the 1959 model. In the course of the production period for the original Navitimer Ref. 806, the number of these beads – the small markings around the bezel – varied from as many as 125 in the early 1950s to as few as 93 in 1960. This may be a small detail, but for enthusiasts of historical wristwatches, it is an important one.”

Breitling paid a lot of attention to detail on this one, and even the new hand-wound movement, although modern, pays respect to the old movement in that they did not just go with the existing automatic movement. It’s worth noting that the new caliber B09 will power future Breitlings, some of which we’re likely to see this week at Baselworld. Perhaps a Panda or reverse Panda dial Navitimer.

This watch will sell well because it’s what collectors and enthusiasts have been wanting for years. To recreate a model from the past does not require genius-level thinking, but the decision of how to go about it does require good taste. And this time Breitling seems to have gotten it right. Ref. AB0910371B1X1 is limited to 1,959 pieces and will retail for $8,600 later this year when it hits stores.