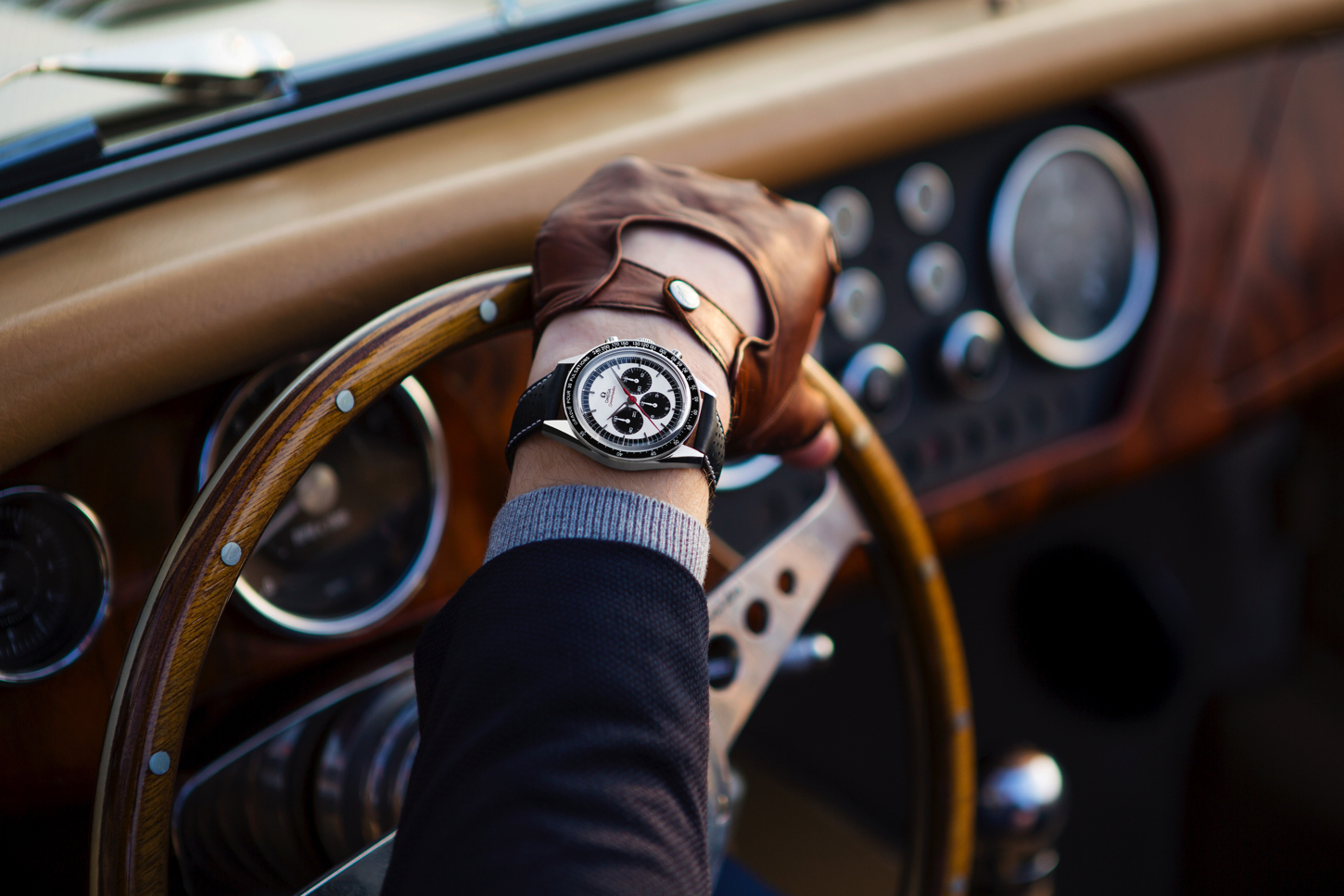 After the success of the Speedmaster CK 2998 Limited Edition with the white and blue dial in 2016, for 2018 Omega has produced another contemporary re-interpretation of the historic 1959 CK 2998.

This time the dial is of the true Panda variety, meaning black subdials against a white dial (lightly sand-blasted silvery dial), which I’m sure will excite those who voiced opinions about the 2016 color choices. In place of the blue/white minute, track and blue ceramic tachymeter bezel are a black/white minute track and black pulsometer bezel.

Interestingly, “The pulsometer scale, which is used to check a person’s heartbeats per minute, has particular relevance to the CK 2998. With the original models, customers were able to choose from four different versions of the timing bezel (including tachymeter, pulsometer, decimal or telemeter). Therefore, this new model remains in-line with that design heritage,” according to Omega.

Another notable design change is the decision to switch from a matched lollipop second hand to a bright varnished red needle-shaped second hand. The red hand and printing of “Speedmaster” on the dial are about right for the aesthetic of the watch, which also comes with a sporty black micro-perforated leather strap with white rubber lining.

Underneath the dial, is the same caliber 1861 movement which powers the CK 2998 Limited Edition from 2016. The manually wound movement of Moonwatch lineage beats at 3Hz, has 18 jewels, and a 48-hour power reserve.

The CK 2998 model was the first Omega in space, after being worn in 1962 by astronaut Walter “Wally” Schirra. He wore his own personal Speedmaster CK 2998 during the “Sigma 7” mission of the Mercury program.” Like the CK 2998 from 2016, the stainless steel case, with its straight lugs, is fully polished, measures 39.7 mm x 14.37 mm, and is issued in a limited numbered edition of 2998 pieces.