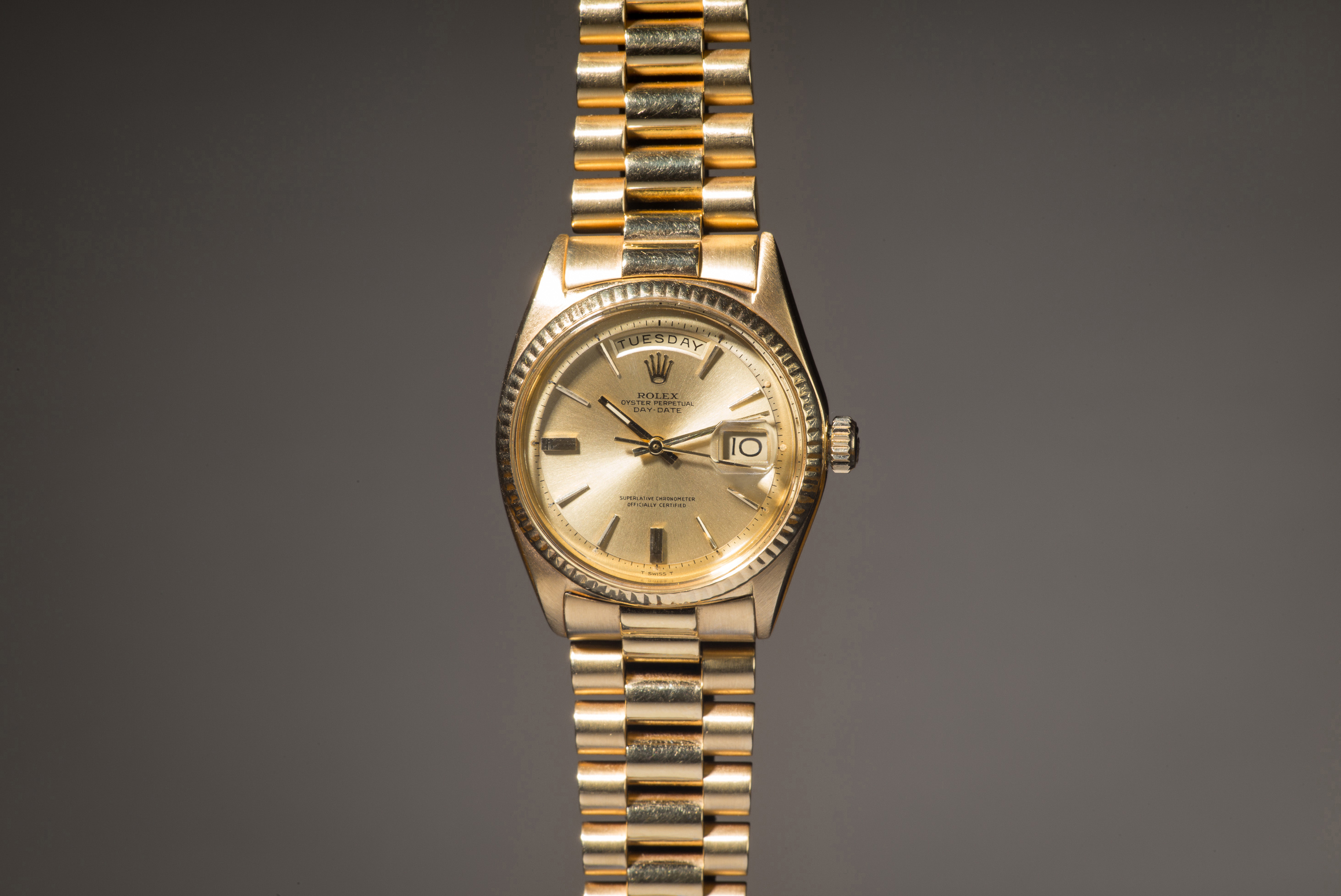 Jack Nicklaus is auctioning his personal Rolex Day-Date via Phillips’ New York Watch Auction on 10 December 2019, with all the proceeds going to the Nicklaus Children’s Health Care Foundation Children’s Hospitals.

Widely considered the greatest golfer of all-time, Nicklaus had 120 professional wins worldwide, 73 PGA TOUR victories, 18 of which were major championship titles, and a Grand Slam. His name and reputation alone, would make any watch he wore or owned worth a lot of money. But the fact that of the numerous watches he received over the years, this is the first, and the one that he wore almost every day for over 50 years, means the price the price it will command this coming December, will likely break records, like he did throughout his epic professional golf career.

“This is the very first watch I ever owned, and the only watch I wore
for every professional tournament I’ve won throughout my career,” Jack Nicklaus said. “It has accompanied me at U.S. Opens, Masters Tournaments, PGA Championships, Open Championships and countless other events for over five decades, and has served me well at every step along the way. Parting ways with this watch is certainly bittersweet. While I will certainly miss the opportunity of wearing the watch and having it serve as a constant reminder of some of my life’s most memorable moments I know that parting with it will help countless children and families impacted through the work of the Nicklaus Children’s Health Care Foundation. I have said many times that the work being done by our Foundation and Nicklaus Children’s Hospital is far more rewarding than any 4-foot putt I made to win a golf tournament. So to know that 100% of the money raised from the sale of something on my wrist that I have treasured for over a half-century will directly benefit pediatric care is a treasure of the heart. I also want to thank Phillips for contributing its profits to this great cause.”

Fittingly, Jack Nicklaus, known as the “Golden Bear” was presented with this Rolex Day-Date Ref. 1803 in yellow gold, a watch he picked out while attending Canada Cup in Tokyo in 1966, from a choice of Rolexes during a cocktail he attended with Gary Player and Arnold Palmer. Mr. Player, who was sponsored by Rolex at the time, recommended that Mr. Nicklaus choose the gold Day‐Date on display. Having never previously owned a watch, Mr. Nicklaus decided to take his friend’s advice. The following year (1967) he was presented the Rolex, and it was present during 12 of his 18 professional major championship titles, as well as worn almost daily for over 50 years, and can be seen on his wrist in countless photos.

This particular Day-Date is made in 18K yellow gold with a rare champagne-colored “pie-pan” style dial, with tapered and faceted baton hour markers that are reminiscent of golf tees, and comes on a “President” bracelet.

Knowing that the proceeds from this sale are all going to charity, makes the final result this coming December, all the more important.

Editor’s Note: A portion of the buyer’s premium will be used to cover administrative costs.