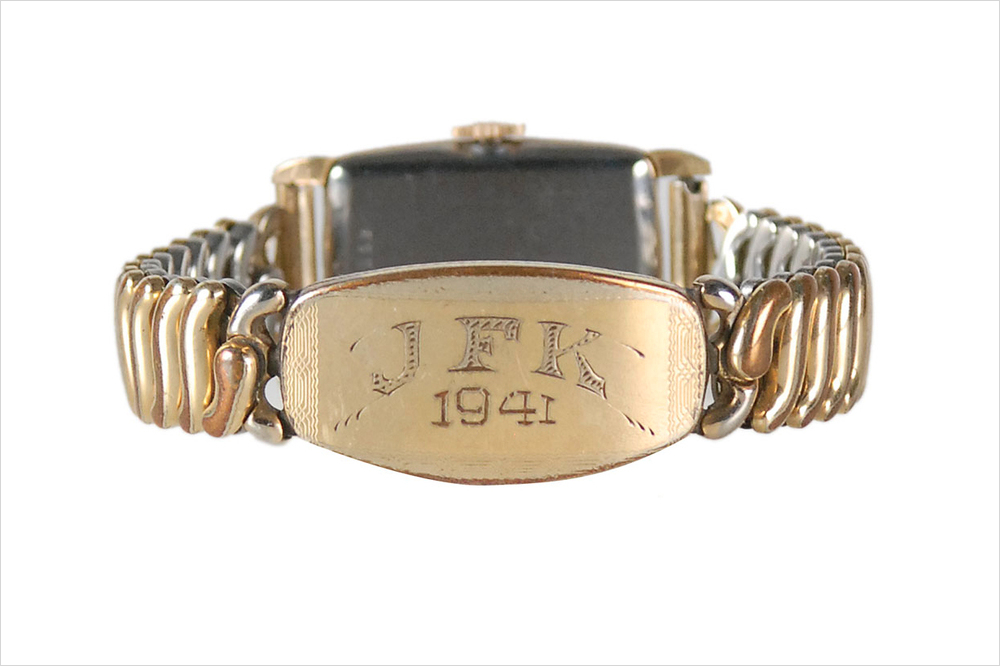 This Bulova watch, which is engraved with “JFK 1941” and is currently up for auction, was given to John F. Kennedy on November 10, 1941, by a female admirer during a dinner at 15 DuPont Circle sponsored by Washington Times-Herald publisher Cissy Patterson.

It comes in a 10K gold filled case that measures 22 mm by 36 mm and features a matching 10K gold filled rope style bracelet. It is powered by a manually wound 17-jewel Bulova caliber 8AE movement that works but has not been serviced or tested recently. Oh, and the hour hand is broken and the crystal is missing. But who cares, as this will likely end up with a collector who will never wear it anyways.

It will be interesting to see how much it goes for. At the current bid price of $8,166, a number that will surely rise, this may end up being one of the most expensive Bulovas ever sold. Auction ends on November 13th.

Editor’s note: The original link to the auction has been taken down, but we have confirmed that it sold for $25,428.