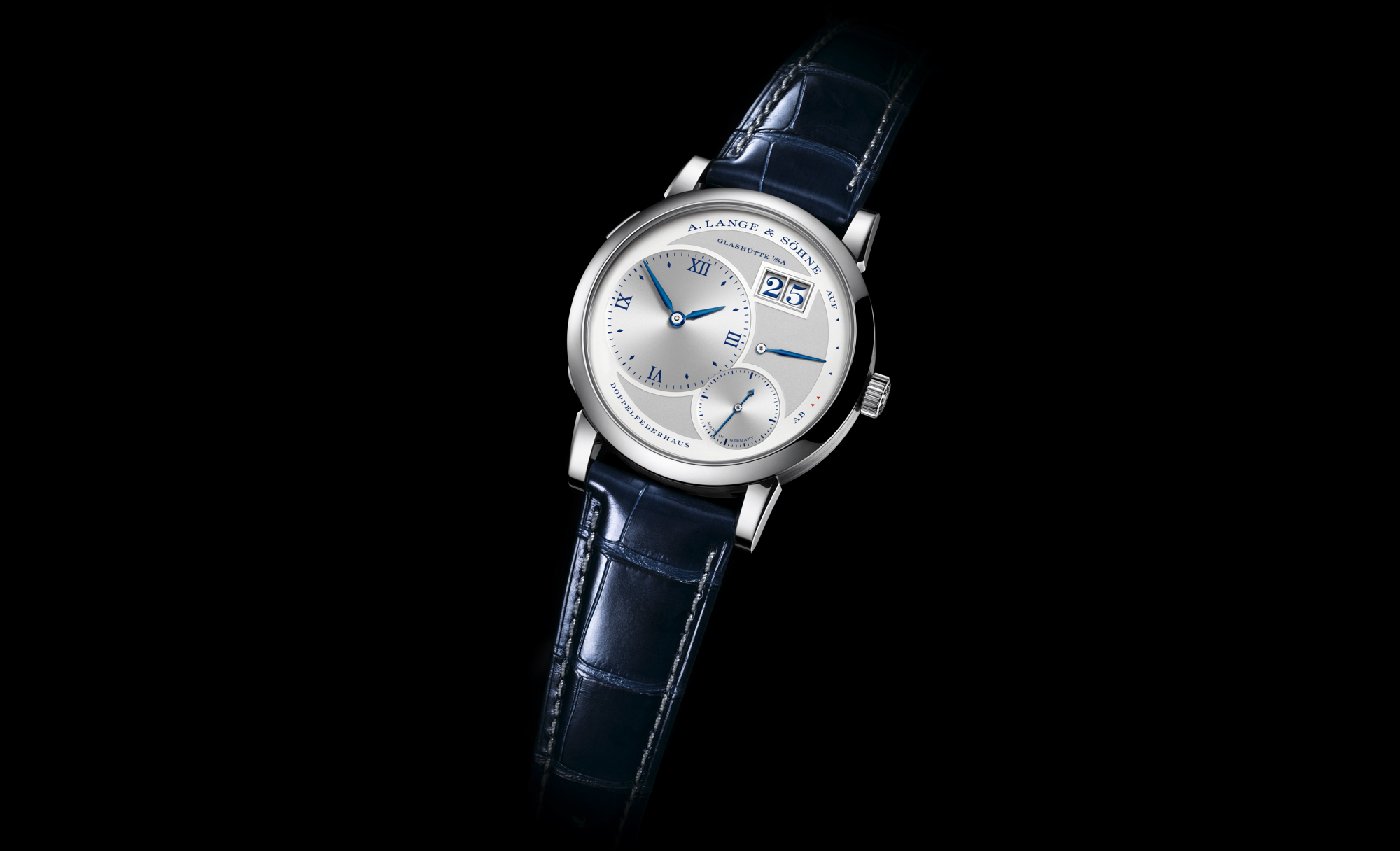 On October 24, 1994, A. Lange & Söhne was relaunched and unlike many of the Swiss watch manufactures which shuttered due to the quartz crisis – the Lange factory was literally destroyed by bombs at the tail-end of World War II. It did not reopen until many decades later, under the leadership of Walter Lange (descendant of the original founder Ferdinand Adolph Lange, 1845) and Günter Blümlein.

At the relaunch, four new timepieces were introduced, effectively starting a new era for A. Lange & Söhne, and the most iconic of them was the Lange 1. Now, 25 years later, the Glashutte-based watch brand has created a limited edition in white gold. Limited to 250 numbered timepieces, this is a special Lange 1 that will likely go to the top collectors of the brand, some who likely bought the original in 1994.

The Lange 1 25th Anniversary edition comes with an argenté dial in solid silver with and deep-blue printed hour markers and date numerals, blued hands and the model’s signature asymmetrical layout, including the patented outsize date which is adjusted simply by pressing the pusher on the left case flank.

Driving the hours, minutes, seconds, power reserve indicator, and outsize date is manually wound caliber Lange 121.1, which was redesigned in 2015 to include the Lange in-house free sprung balance spring. The movement measures 30.6 mm x 5.7 mm, beats at 3Hz, has 43 jewels, 8 screwed gold chatons, 368 total components, and a 70-hour power reserve stored in twin mainspring barrels. The mainplate and three-quarter plate are made of untreated German silver (nickel silver) which results in a luxurious golden surface. The balance bridge, which supports the balance wheel, has been hand-engraved with blued accents, including the number “25” symbolizing the brand’s milestone.

One of the most unique features of the watch the hinged cuvette (which is more commonly referred to an “officer’s” or “hunter” caseback). The officer’s caseback is made of 18K solid white gold and features a hand engraved motif of Lange’s headquarters, flanked by the names of “Günter Blümlein” and “Walter Lange” who were responsible for the Lange 1 and the relaunch of the contemporary iteration of A. Lange & Söhne that we know today.

The watch case is 38.5 mm x 10.7 mm and comes only in white gold. The aesthetic of the Lange 1, particularly, the silver dial and blued hands, as the layout has stayed unchanged other than minor tweaks, is said to have come from Ref. 101.027x, circa 2001. The watch also resembles the ultra-rare Lange 1 in steel, which is most prevalent with a silver dial, printed markings, and blued hands.

One oddity of the hinged caseback is that there is a small tab used to lift it up which protrudes outward far enough that it’s visible when viewing the front of the watch.

The watch will surely sell out quickly. Nonetheless, I would have liked to see the case made in stainless steel as an option, not just white gold, but Lange makes only precious gold cases, with few exceptions.