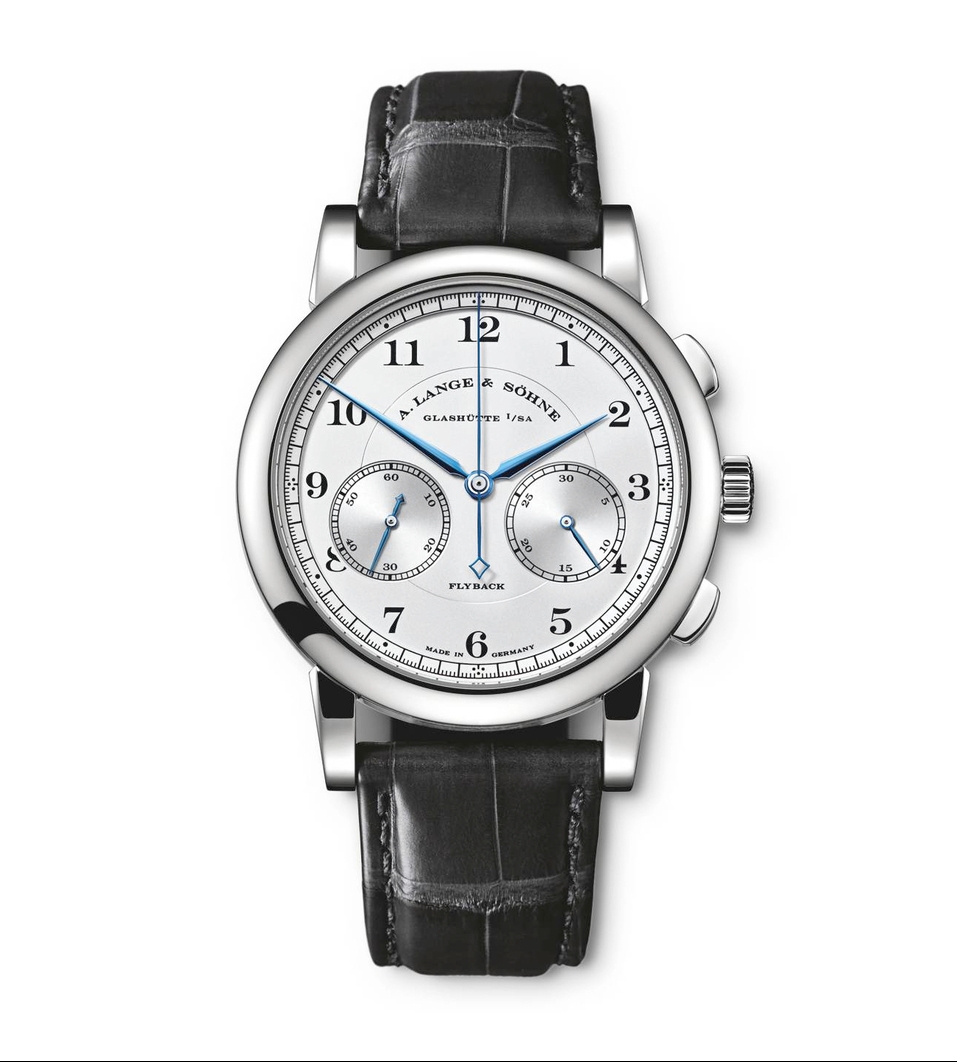 Today is the start of the week long SIHH 2010 watch show in Geneva, Switzerland. At the show are many of the top-tier brands in the world of watchmaking. Including one of my favorites, German watchmaker A. Lange & Sohne. They have released a number of new novelties, which I will publish today and throughout the week. But for starters, the watch that caught my eye first, is the new 1815 Chronograph.

Based on the popular Datograph and its L951.5 movement, the new 1815 adds a 60-hour power reserve and a proprietary balance spring. It is a flyback chronograph, like the Datograph, for which it is based on, but it does not include the oversize date window at 12 o’clock.

It has blued hands for hours, minutes, seconds, chrono seconds and chrono minutes. It also utilizes number markers instead of Roman numerals. Even with these changes, it still exhibits the good looks and heritage of the Datograph, but with a style all its own.