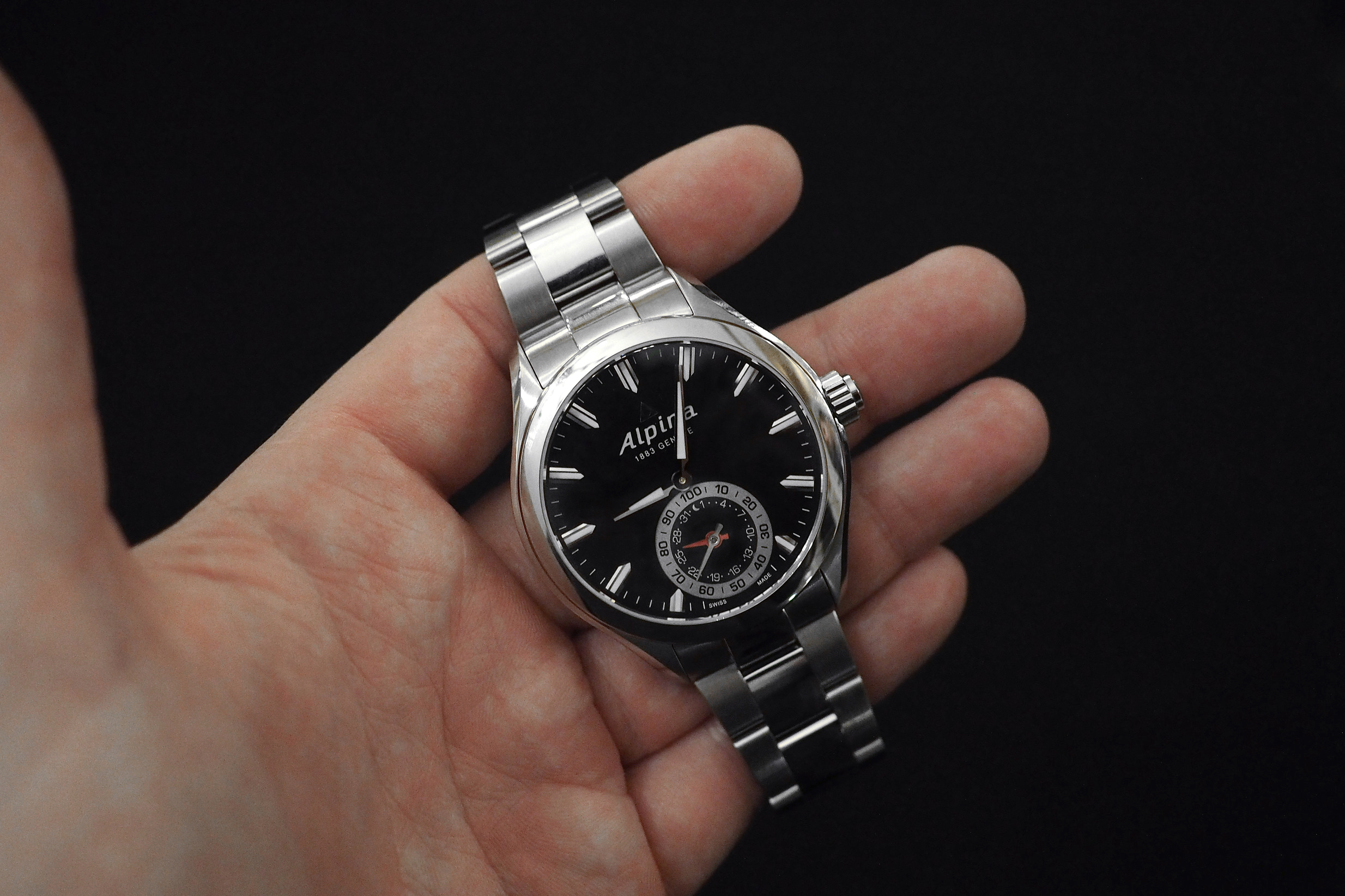 On February 26, 2015 at the Lodge at the Regency Center in San Fransisco – in front of a large audience of journalists and retailers from North America – the CEOs of Frederique Constant, Alpina and Mondaine announced the MotionX-365® Horological Smartwatch Open Platform. This is the first platform developed that allows smart watch features to be incorporated into traditional watch cases. The technology is quartz based and uses an add-on smart module that tracks things such as activity and sleep.

Following the announcement of the platform, each brand individually previewed their new smartwatch collections – which maintain the aesthetics of their respective brands – but feature the same technology inside.

To develop and execute production of the new platform, MMT (Manufacture Modules Technologies Sàrl) was formed as a Swiss joint venture by Fullpower Technologies, Inc. of Silicon Valley and the owners of the Frederique Constant Group (Union Horlogere Holdings). Its mission is to bring the MotionX-365® Horological Smartwatch Open Platform to the Swiss watch industry. Fullpower creates and licenses the schematic design, firmware, smartphone applications, and cloud infrastructure to MMT. MMT manages the development and production of Swiss watch movements (also referred to as modules) incorporating Fullpower’s technology, and licenses, and provides support for, the MotionX-365® Horological Smartwatch Platform to the Swiss watch industry.

Top of Nob Hill – One of San Francisco’s 44 hills, and one of its original “Seven Hills”

The Swiss Horological Smartwatches – which we got to see up close – are capable of two-way communication with iPhone and Android apps. However, there are no digital screens, instead the time and date are displayed via traditional quartz powered analog hands. And maybe most importantly, the watch battery lasts approximately 2 years without needing to be charged (which is phenomenal, although notably the Casio G-Shock Bluetooth equipped smartwatch are rated to last 2 years as well). There are a number of elements that help to conserve the battery life, namely the lack of a continuously moving second hand, and wireless communication that is similar to Bluetooth but that requires even less power consumption.

To be clear, the crown is fixed and there is little interaction with the watch itself other than pushing a button on the crown to activate sleep mode, for example. And this is exactly what the developers see their potential segment of the market will want.

The first Swiss Horological Smartwatches will support MotionX® activity tracking, Sleeptracker® sleep monitoring, Sleep cycle alarms, Get-Active alerts, Adaptive coaching and MotionX® cloud backup and restore. Also, because this a modular system (the smart functionality comes via an add-on module) so they can be updated in the future therefore making it so your watch does not become obsolete every year or two. This is more in line with buying a traditional Swiss watch that you keep for many years.

The time and date are also set automatically via your phone’s time signal (which is essentially based on the US Naval Observatory Master Clock, in the US). So, if you take a trip from San Fransisco to New York, your watch will automatically update to the new timezone when you land, with no interaction from you, just as your phone does when you travel to a new city. And if for some reason the signal does not receive, the watch reverts to the timekeeping of quartz movement inside, as it can operate autonomous of a time calibration signal. (Editor’s note: The time on the watch is always set by the phone. If the phone is not connected to the provider, then the watch will not update. However, the time on the watch can be changed in advance by changing the time zone on your phone and syncing to the watch via the application before changing time zone.)

It is far too early to gauge how well these or any smart watches will do. As of right now, the smartwatch industry is in its infancy, and only time will tell. Nevertheless, this is undeniably a major step towards allowing existing watch brands to quickly get to scale and sell smartwatches alongside their traditional watch collections. We’ve been told that by Baselworld 2015, there will be additional watch brands announcing their use of this new smartwatch-making platform.

In the weeks before, and immediately following the launch of the Swiss Horological Smartwatch platform, we received numerous notifications of soon to be launched smartwatches, from a wide variety of different watch companies, including: Swatch, TAG Heuer, Vector, Huawei, Pebble and even H. Moser & Cie (who will be launching what they call the first “Haute Horology Smartwatch” at Baselworld 2015, later this month). The competition has begun, and with the Apple watch set to launch next month, the smartwatch market (potential) will soon be more clearly defined. What we do know now, is that the Swiss will not sit idle as this category unfolds. Moreover, they are capable of making a smartwatch that is as aesthetically pleasing as their traditional timepieces.

The Swiss Horological Smartwatch will be available worldwide, in both men’s and women’s models, starting in June 2015. For more, visit MMT.