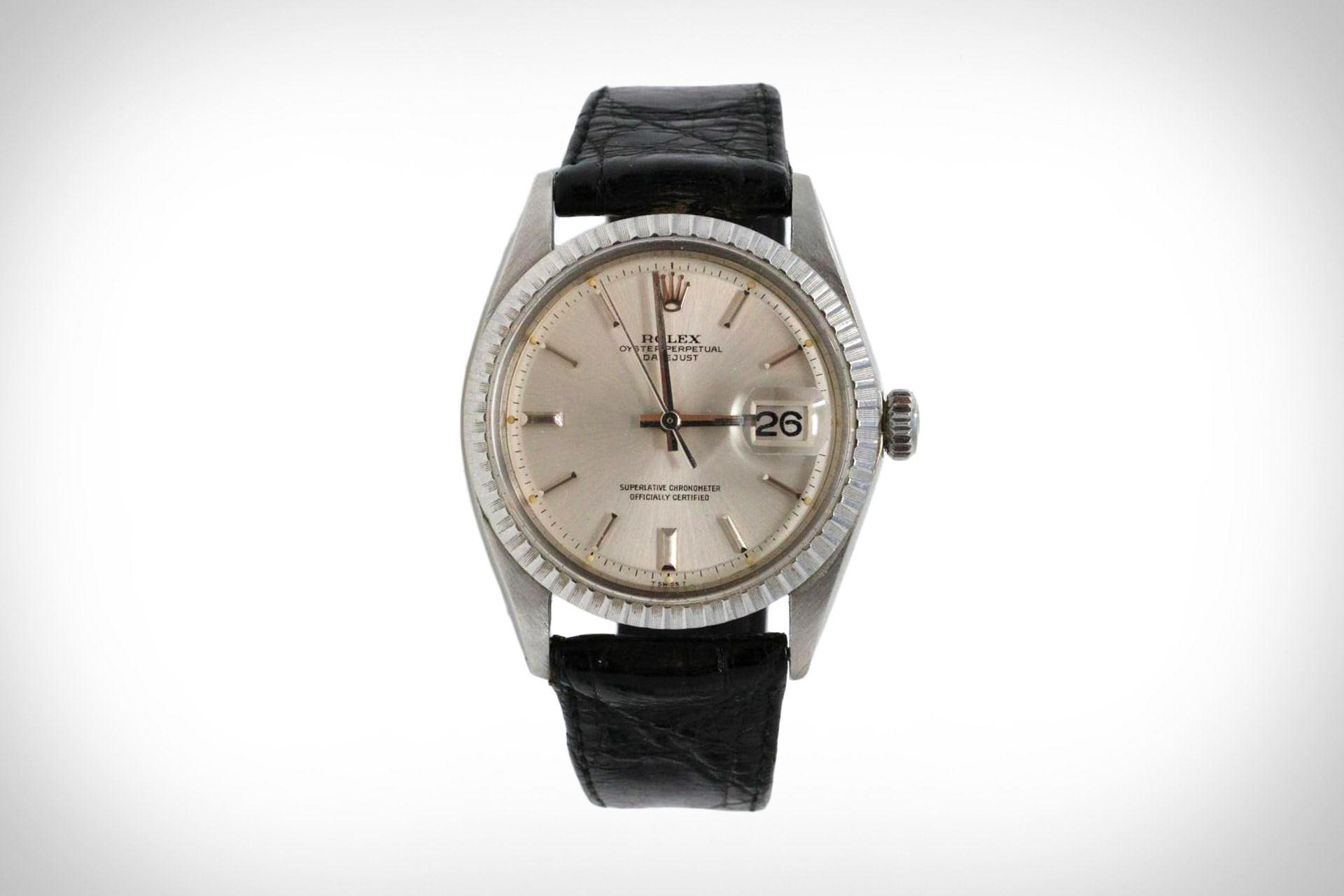 This is Marlon Brando’s Rolex Datejust which was given to him after a 1973 best actor Academy Award for his role in The Godfather. The stainless steel vintage Rolex measures 31 mm and features a caseback engraved “Vito’s” and “MB,” a reference to his character “Don Vito Corleone.”

The watch was given by Brando to Academy Award-nominated designer Patricia Norris in 1976 after the pair developed a friendship and he told her that he wanted her to have the timepiece and that it “would fit her well.” A handwritten letter of provenance from the previous owner who purchased the watch after Patricia Norris passed away is included.