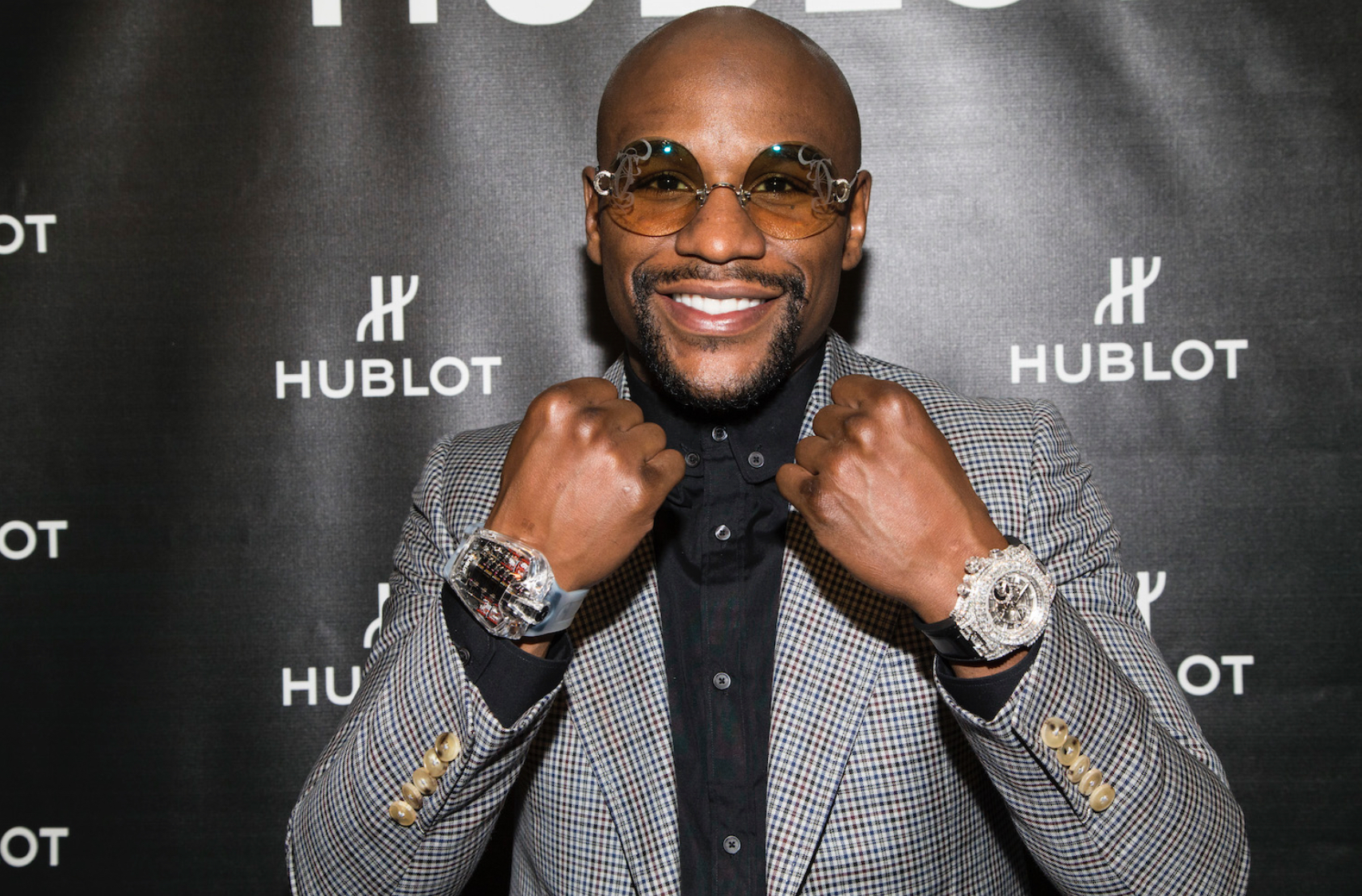 Floyd Mayweather Jr. and Conor McGregor are two of the showiest and most polarizing fighters in the world. They say whatever they want, and talk trash as if it’s as important as the actual fight. They are also two of the most successful fighters in their respective sports, boxing, and MMA. And the highest paid.

Naturally, along with their stylish clothing and luxury cars, they are often seen sporting high-end wristwatches. We did a post about McGregor’s wristwatches in January, and it appears he does not have an official watch company sponsoring him as he is often seen wearing different makes, such as Rolex, Patek Philippe, and Audemars Piguet.

Mayweather, on the other hand, is clearly sponsored by Hublot, and he’ll be wearing the company’s logo on his trunks during the fight against McGregor tonight.

He is also seen doublewristing Hublots in the top image. On his right wrist is the Hublot MP-05 LaFerrari with a sapphire case. On his left wrist is a completely diamond studded Hublot Unico Sapphire Chronograph. The former retails for over half a million dollars and the latter for over a million.

As much as I would like an MMA fighter to win in a boxing match, it’s hard to imagine anyone who has never fought in a professional boxing match, coming in and beating someone as prolific as Mayweather. And just look at those knuckles!