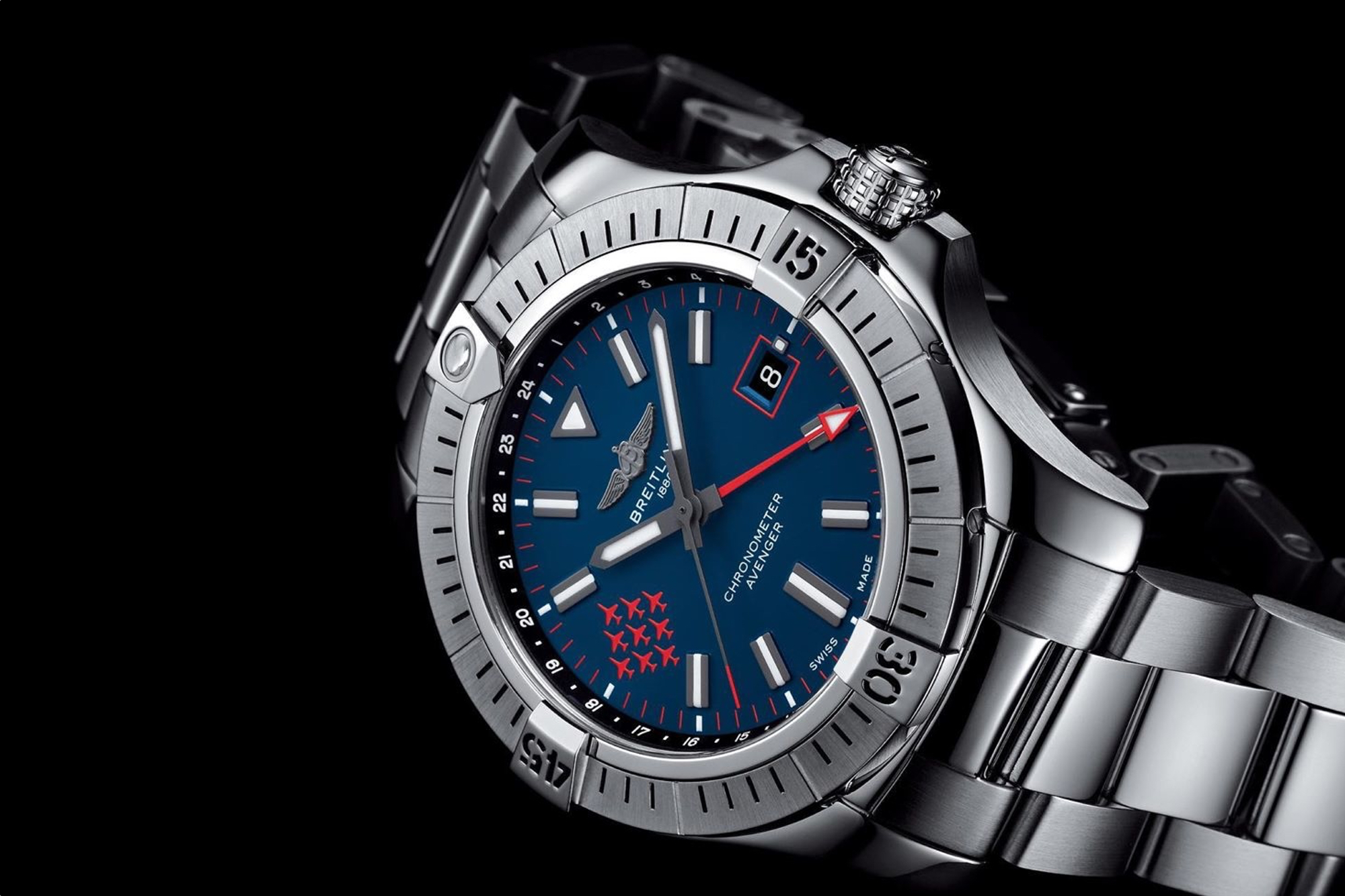 Breitling recently announced a special edition timepiece (pictured above) made in tribute to the Royal Air Force Aerobatic Team, also known as the Red Arrows. The Avenger Automatic GMT 45 Red Arrows Limited Edition comes in a 45 mm diameter stainless steel case with a royal blue dial and 9 reds arrows (airplane motifs) at 9 ‘clock, along with red accents on the dial, and a red 24-hour GMT hand. The watch is limited to 220 pieces. Learn more at Breitling.

Elizabeth Tower — located at the Houses of Parliament in London and which houses the “Big Ben” clock — has been covered in scaffolding already for three years as the stonework and 12-ton bell and clock are being refurbished. NBC reported that the restoration project will now cost an extra $25 million — because the extent of the needed repairs could only be fully realized after construction started.

Earlier this month, Girard-Perregaux unveiled three new timepieces to their 1966 collection called the 1966 Orion Trilogy. All three watches feature ultra-thin 40 mm x 9.40 mm cases with dials made from aventurine (a form of quartz with platy minerals that give off a glimmering effect). The cases are made of stainless steel, black DLC treated steel, and pink gold. The collection starts at $8,700 in steel.

Last week, Casio unveiled a new partnership between G-Shock and the United Kingdom Ministry of Defence. G-Shock is already widely used by police and military forces around the world and this watch confirms Casio as an official supplier to Her Majesty’s Armed Forces. The British Army X G-Shock Mudmaster (Ref. GGB100BA-1A) features an updated Carbon Core Guard Structure and triple-layered carbon-insert bezel, providing durability in a lightweight case. This special edition Mudmaster features a camouflage design inspired by the British Army’s own Multi-Terrain Pattern. Additionally, using the G-Shock Connected App allows special functions within the app to be controlled such as a location indicator, mission log memory, location memory, sunrise and sunset data, calories burned and more. Retail will be $460 and interestingly it will be available for purchase starting this April at select G-Shock retailers in the UK — but also in the US, including Macy’s, G-Shock Soho, and online.