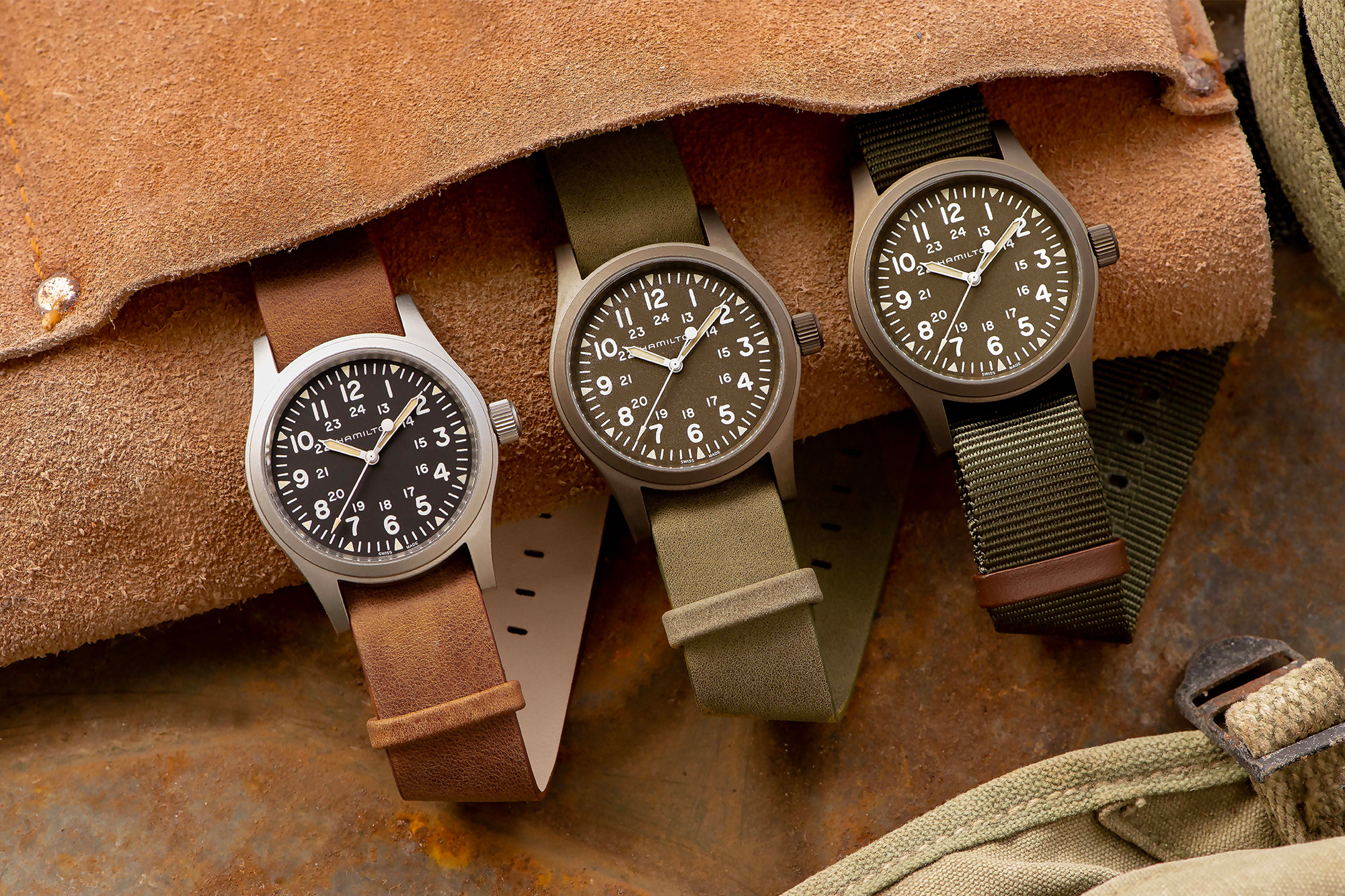 Hamilton recently announced some new variants within the Khaki Field Mechanical collection. The case is still 38 mm but now comes in a unique, blasted steel “Earth PVD” which is brownish, and there are new dials and strap choices. Hamiltons H-50 caliber, with an 80-hour power reserve, is now standard, after first being introduced within an Uncrate.com limited edition.

Last month, at SIHH 2019, Ressence, launched their Type 2 e-Crown wristwatch, which had been teased the year before. The watch combines a very basic, yet highly modified, off the shelf ETA 2892-A2 mechanical movement with smartphone-controlled time adjustments. While it’s not a smartwatch per se, the ability to set the time on a mechanical watch, with Bluetooth, has not been done previously and could be licensed or sold to a tech or watch company. Ressence’s connected mechanical watch will be available for $48,000.

Nomos Glashutte recently announced the Tangente Neomatik 41 Ruthenium which takes their popular steel model, with unique peripheral date display that uses apertures instead of hands to show the date, and gives it a dark gray (ruthenium) dial treatment. The watch previously came with only a white dial. It maintains the same 40.5 mm x 7.9 mm steel case and is driven by automatic caliber DUW 6101.

Following the Super Bowl 53, German watchmaker Moritz Grossmann, announced a one-of-a-kind timepiece, the Super Bowl LIII Atum Pure X, which will be available at their New York retailer, Cellini. There is a motif in the shape of the football on the dial and “13:3” and “2019” denoting the final score (the lowest in NFL history for a Super Bowl, by the way) and the year. The hour and minute hands feature nautical blue and red, respectively, paying homage to the Patriots. The Tom Brady and Bill Belichick led Patriots, have won an incredible, unprecedented, six out of nine Super Bowls. Retail is approximately $15,350.