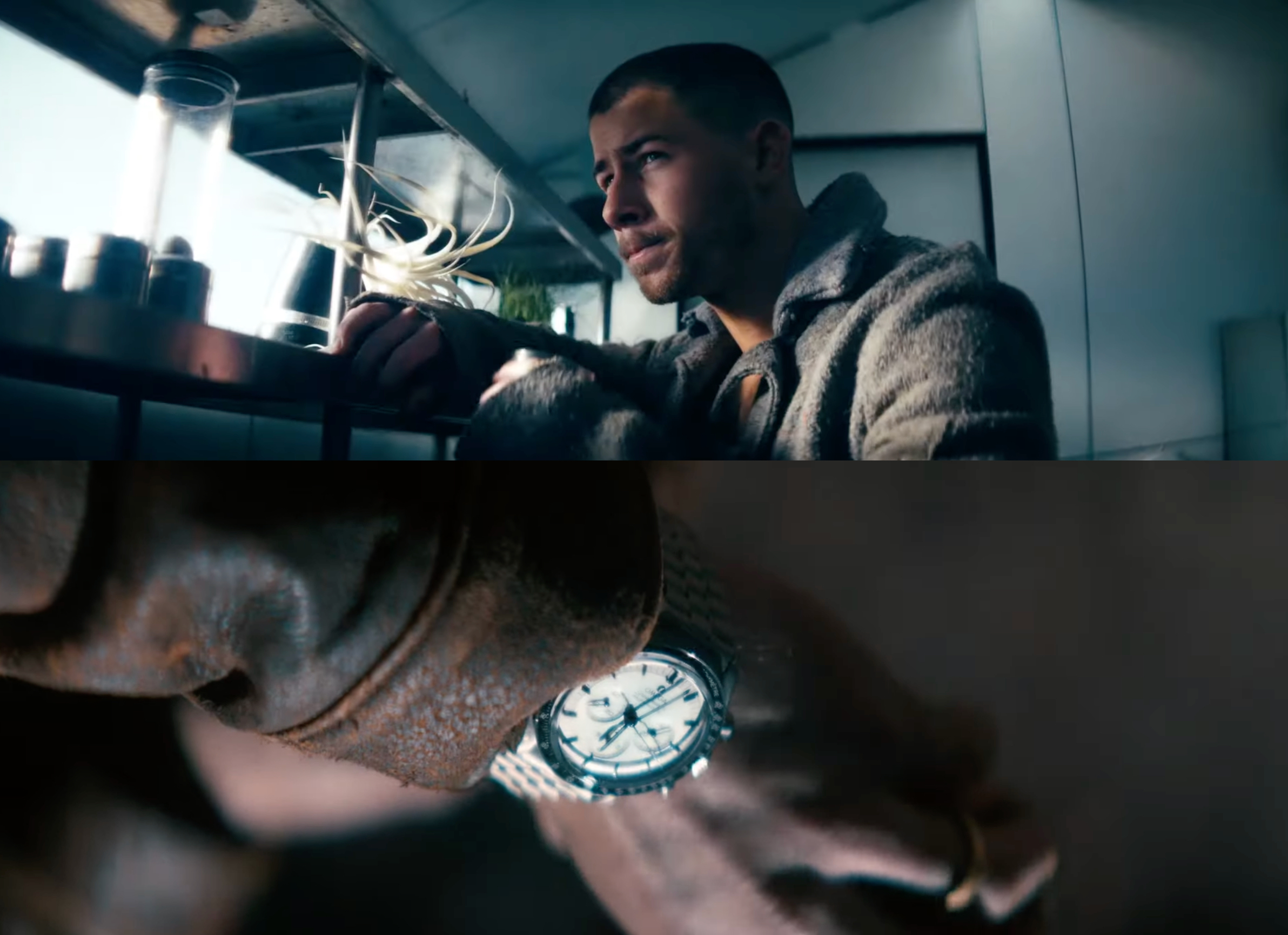 Spaceman is the name of the upcoming fourth studio album by American singer Nick Jonas, set to be released on March 12, 2021, through Island Records.

Nick Jonas is portrayed as an astronaut in his video, and he duly chose to wear a Moonwatch — the definitive watch of NASA and space flight.

He’s wearing the watch very loosely on his wrist, which perhaps has something to do with the loose sweater he’s wearing. Nevertheless, Omega confirmed with us that Jonas does own the new Canopus Gold Speedmaster, which features Omega’s proprietary 18K white gold alloy.

The entire Speedmaster collection was redesigned for 2021 — and the white gold version with the silver-white dial is one of the rarer models. Retail is $45,300 as shown.