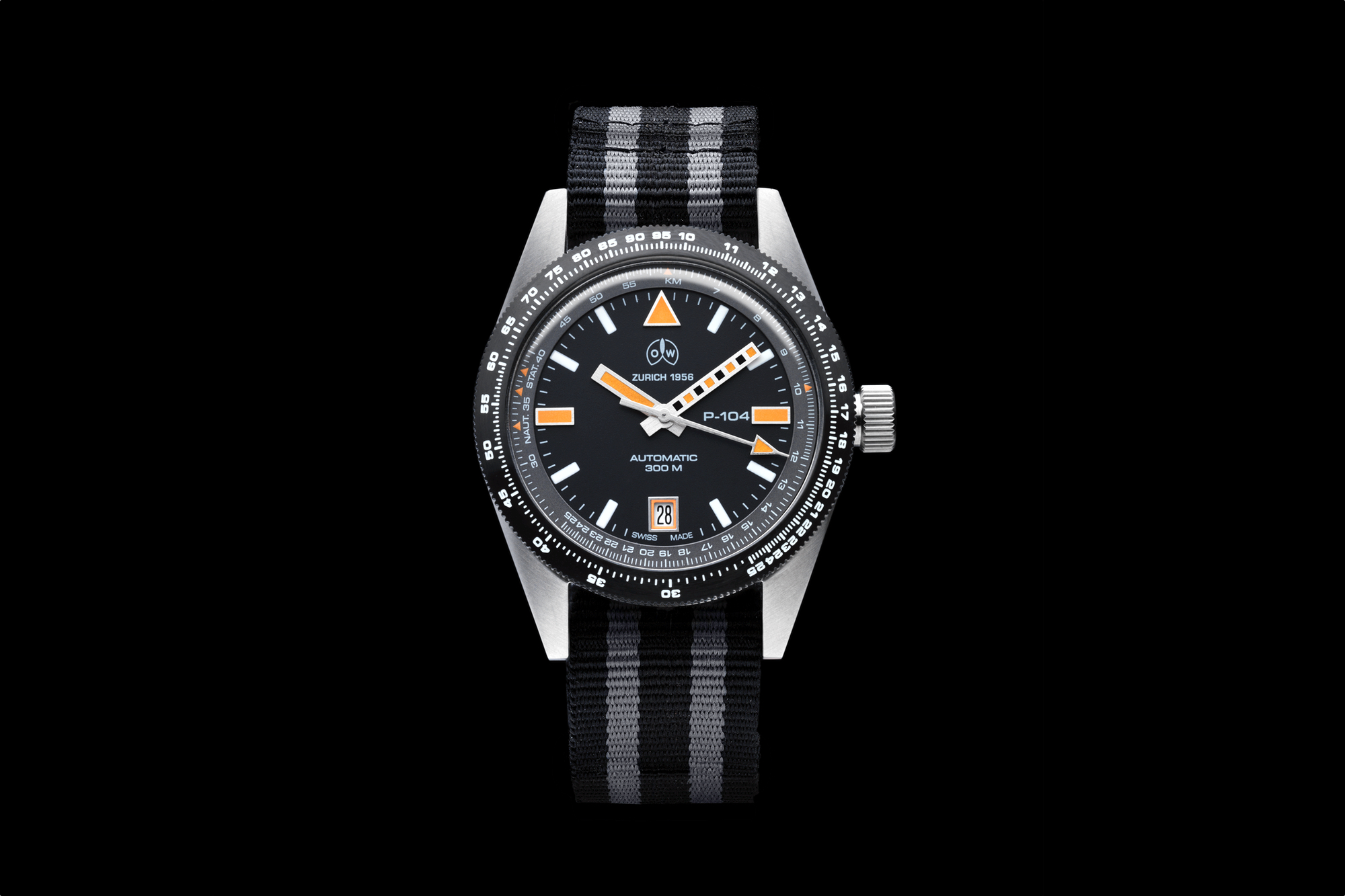 Ollech & Wajs is a small independent Zurich based watch brand that was originally established in 1956 and was relaunched in 2019.

Historically, the company produced diving and aviation watches for military and civilian use. To start, Ollech & Wajs released the OW P-101 / OW P-104, which are two new pilot’s watches based on the same case, movement, and overall look but with their own distinctive dial.

Additional differentiation comes by way of the respective bezels. Reference OW P-101 is equipped with a bidirectional 12-hour bezel that’s used to track a second time zone. OW P-104 is equipped with a circular slide rule to determine differential speed, distance, range, as well as other relevant flight calculations.

The case for each watch measures 39.56 mm X 12.5 mm, features a large, engraved, screw-down crown, a domed sapphire crystal, a screw-down caseback, and is 300 meters water-resistant.

Driving hours, minutes, seconds, and date indications is an outsourced ETA automatic caliber 2824-2 which beats at 4Hz, has 25 jewels, a 38-hour power reserve. Ollech & Wajs engraved “Zurich 1956” in the outer perimeter of the rotor and embossed the OW emblem in the center of the rotor.