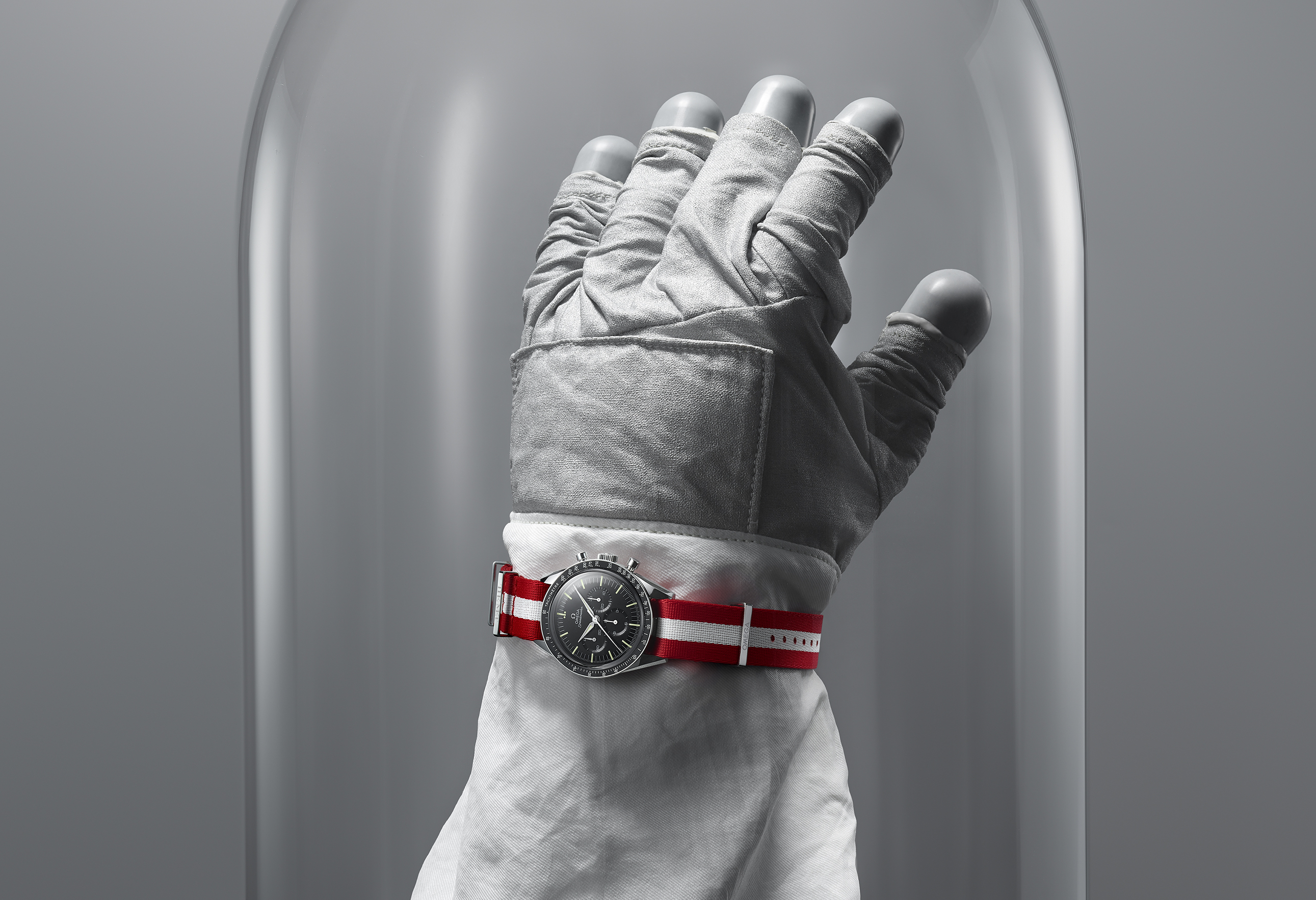 Starting today, Omega is sponsoring The Metropolitan Museum of Art exhibition – Apollo’s Muse: The Moon in the Age of Photography – which runs from (July 3, 2019, until September 22, 2019).

In addition, Omega has created a limited edition remake of the Speedmaster Ref. CK2998 – which was the first Omega in space – called The Speedmaster “First OMEGA in Space”: The Met Edition. Omega carries the modern version of the “First OMEGA in Space,” which was worn by astronaut Wally Schirra during the Mercury Sigma 7 mission in 1962, in their regular catalog. However, this 100-piece numbered edition has several details dedicated to The Met.

The watch comes in a stainless steel case (with straight lugs) measuring 39.7 mm in diameter, with a black anodized aluminum bezel, and black varnish dial. The watch is powered by the caliber 1861, derived from the original caliber 321.

Editor’s note: this is the first original Omega in space but it was actually the Speedmaster Ref. 105.012, with twisted lugs and a 42 mm diameter case, also powered by caliber 321, that was present for the moon landing in 1969.

This limited edition comes with a red and white striped Nato strap, which is a nod to the Museum’s signature color, with The Met’s logo engraved on the loop. The same logo is also engraved on the caseback, along with Omega’s Seahorse medallion. Each model will be delivered inside a unique presentation box, crafted with The Met logo, and containing an additional brown leather strap.

As the 50th anniversary of the Apollo 11 moon landing – which took place July 20, 1969 – is celebrated around the world, this timely exhibit will be available to view at The Met Museum on 5th Avenue. According to Omega, “The show presents many extraordinary visual representations of the moon from the dawn of photography to the present day. Visitors will be able to view more than 170 photographs as well as an array of related drawings, prints, paintings, films, astronomical instruments, and cameras used by Apollo 11 astronauts.”

Customers will be able to purchase the watch exclusively at the Omega Boutique on Fifth Avenue in New York City, as well as at The Met Store and online at store.metmuseum.org. Retail is $5,200.