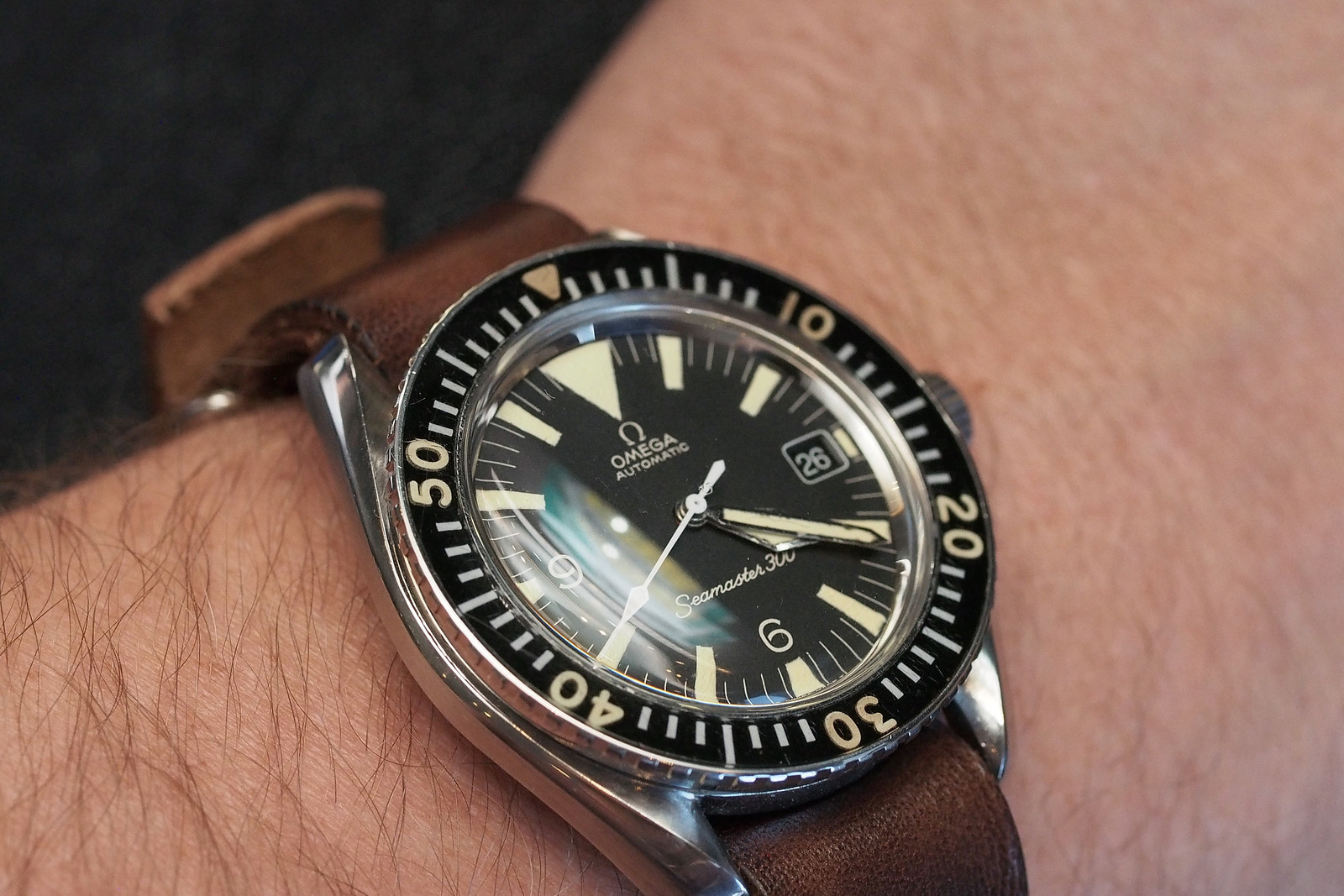 This is a vintage Omega Seamaster 300M “Big Triangle” reference 166.024, a model which was made beginning in 1957, with production ending sometime in the 1970s. This particular example was likely made in the late 1960s. The “Big T” designation is a reference to the large triangle at twelve o’clock. Some of these watches were issued to the British Royal Navy in the mid-1960s and early 1970s.

This particular model is in good condition, and while the hands and bezel appear to be matching and original, as well as the dial, the lume was redone at some point. Also, the second hand appears to have been replaced. Crown is signed and is original. The case is steel and measures approximately 41 mm in diameter, with a lug width of 20 mm.