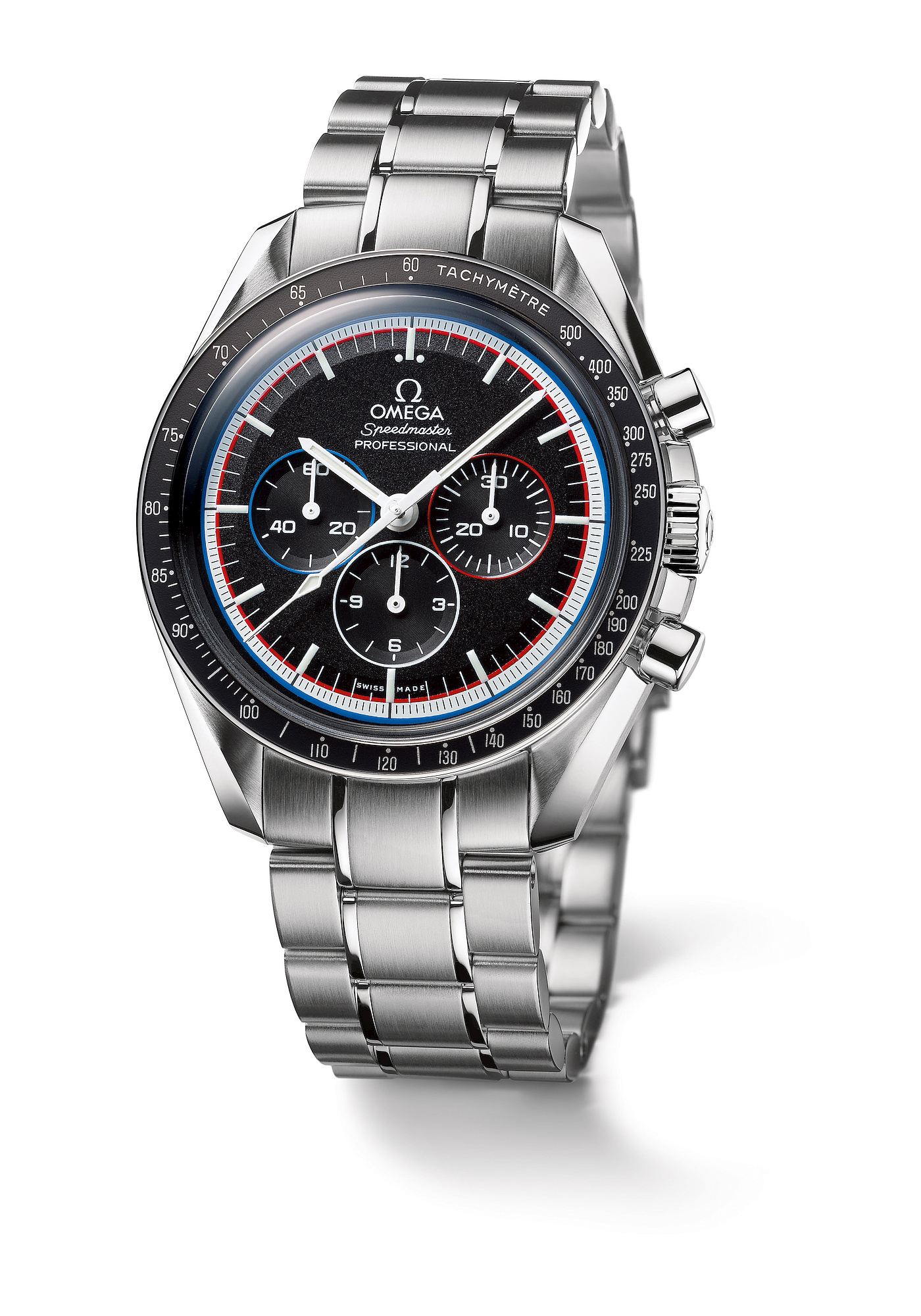 Apollo 15 landed on the moon on July 30, 1971. To commemorate this event, Omega has produced the Omega Speedmaster Apollo 15 40th Anniversary LE.

The “Apollo 15” LE Moonwatch features the classic case design of the original Moonwatch (Buzz Aldrin wore the first watch on the moon, during the Apollo 11 mission). It has a brushed and polished stainless steel case and bracelet, a black aluminum ring with tachymeter scale on the bezel and a domed shatterproof hesalite crystal with Ω etched inside. It has the same three subdial chronograph configuration of the original.

A number of features distinguish this model from the classic Speedmaster Professional. The “Apollo 15” LE timepiece has a minute track in red, white and blue – the three colors of the Apollo 15 patch. A blue ring around the small seconds subdial, and white and red rings around the 12-hour and 30-minute counters respectively, further distinguish this limited edition timepiece.

The solid screw-down caseback displays an image of the Lunar Rover and the words “Apollo 15” and “40th Anniversary” (Apollo 15 was first space mission to utilize the Lunar Rover). The outer circle of the caseback is black chrome engraved with “The First Watch Worn on the Moon”, “July 20, 1971” and the limited edition number.