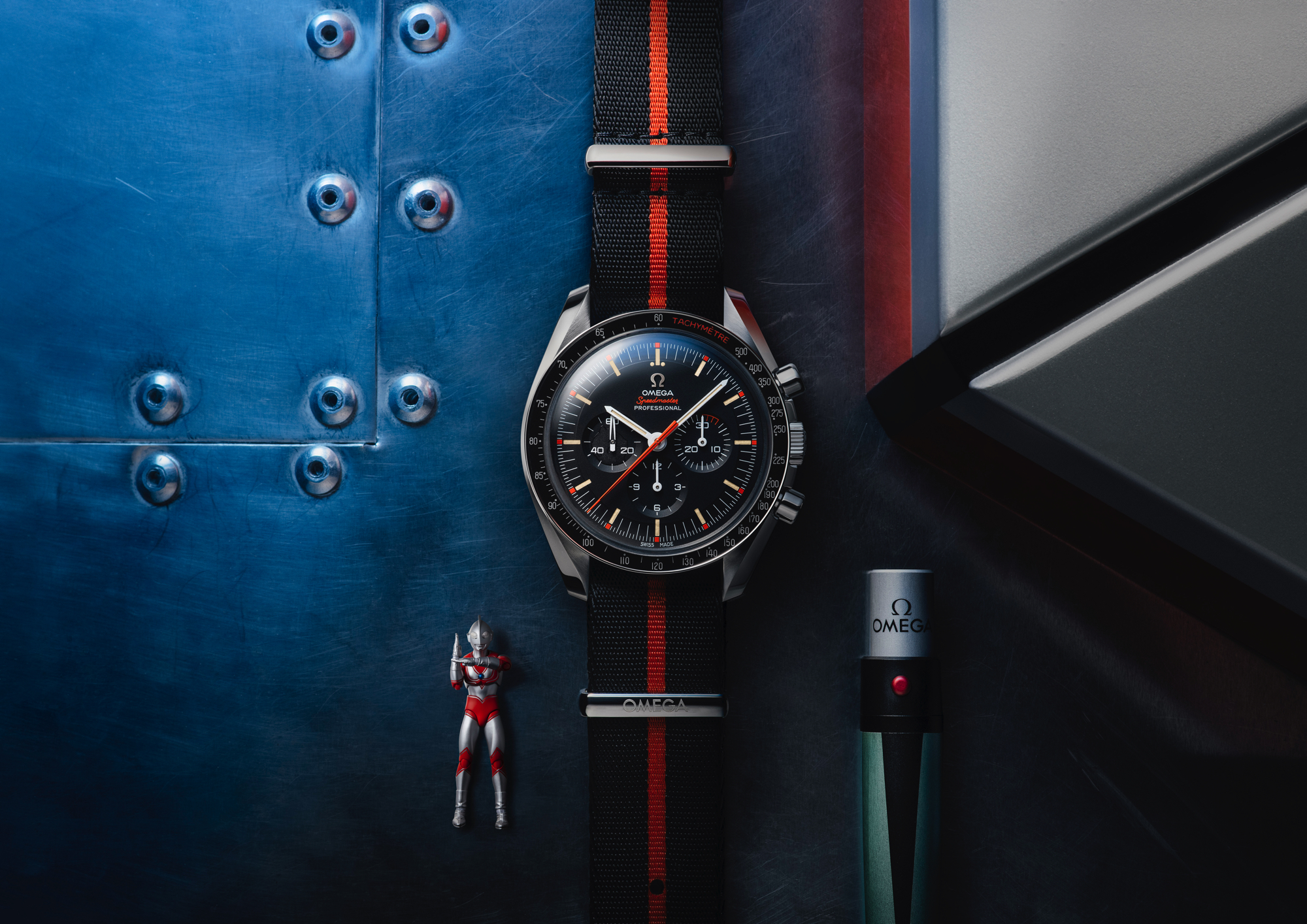 Similar to what Omega did in January 2017, today, they introduced limited edition #Speedytuesday watch. This time the watch is a little more interesting with some orange accents that tie into a 1970s Japanese sci-fi television show called “Ultraman.”

The new Speedmaster Limited Edition 42 mm “Ultraman” watch is based on the regular production model Speedmaster Professional Moonwatch, which can be had for just over five thousand at Omega or any authorized retailer. However, this particular watch is inspired by the 1967 version with an orange seconds hand that according to Omega, “…drew the attention of the production team behind the fourth installment in the Ultraman series: Return of Ultraman. As the bold orange perfectly matched the suits of the heroic Monster Attack Team, Omega’s ‘Moonwatch’ became an essential part of their beast-battling kit.”

For the new Speedmaster “Ultraman” the seconds hand has the same shade of orange from the original 1967 version (but with a black line down the center), and with the addition of a  black/orange bezel in anodized aluminum, the name “Speedmaster” printed in orange on the dial at 12, orange dots for each hour marker, and both included straps accented with orange.

On the show, Ultraman was only able to stay in superhero-mode for 3 minutes, and so the minute subdial at 3 o’clock features the first 3 minutes in orange. And on the seconds subdial at 9 o’clock, there’s a hidden silhouette of Ultraman’s profile, which is revealed by UV light. As such, a special strap changer tool (which is identical to Ultraman’s Beta Capsule) comes with the watch and features an Ultra-Violet light on one end.

The caseback is engraved with “#SpeedyTuesday” and “QUALIFIED BY NASA FOR ALL MANNED SPACE MISSIONS.” The watch comes with both a black and orange NATO strap and a spare black leather strap with orange stitches.