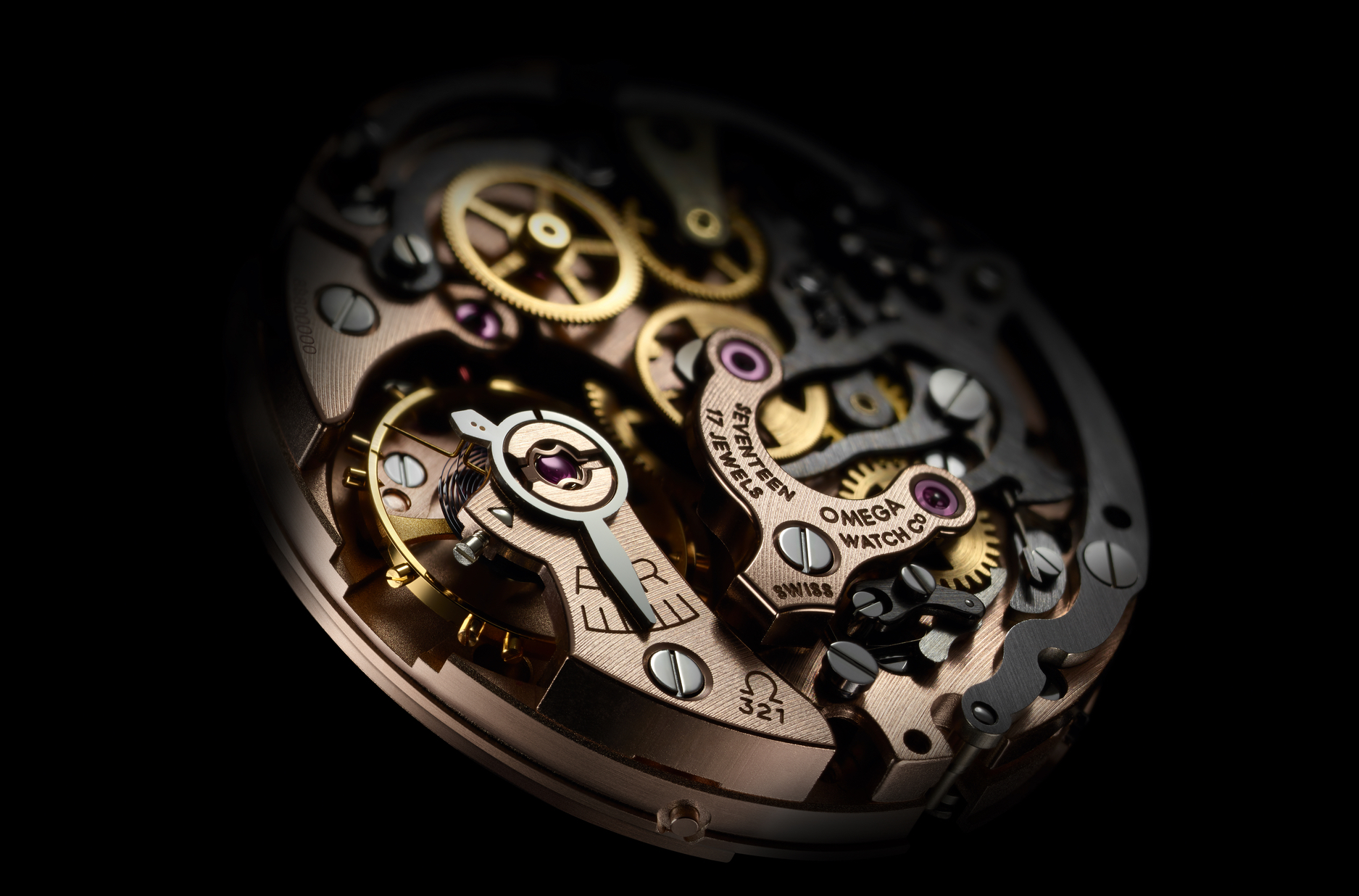 Omega’s legendary caliber 321 is coming back

For the 50th Anniversary of the first manned lunar landing, which took place on the 20th of July, Omega is bringing the legendary caliber 321 back.

On that landing, Buzz Aldrin, the second man on the moon, was wearing a Speedmaster Professional (Ref. 105.012) powered by Omega caliber 321 (based on the Lemania caliber 2310).

It’s worth noting that the Lemania produced manually wound caliber 321 – with a horizontal clutch and column wheel controlled chronograph – was also used as a base movement by Breguet, Patek Philippe and Vacheron Constantin in a variety of chronographs.

In addition to the first Speedmaster that debuted in 1957 (Ref. CK 2915-1), numerous references including CK 2915-2, CK 2998 (the first Omega in space), and the Ed White Ref. 105.003 (the model first tested and qualified by NASA and worn by astronaut Ed White during the first American spacewalk) were sold with caliber 321. In fact, caliber 321 also powered some past Seamaster Chronographs, which pre-date the Speedmaster.

Ultimately, Omega caliber 321, which features a lateral clutch and column-wheel configuration, was eventually replaced in 1968 by an easier to produce (lower cost) cam-based chronograph (caliber 861) also derived from a Lemania (Lemania caliber 1873).

“Using the 2nd generation Calibre 321 as a reference, the Omega team compiled extensive historical research and original plans to reconstruct the movement as accurately as possible. Going even further, they also used ‘tomography’ technology (digital scanning method) to see inside the true Speedmaster ST 105.003 timepiece that astronaut Eugene ‘Gene’ Cernan wore on the moon during the Apollo 17 mission in 1972. Cernan was the last man to walk on the lunar surface and his Speedmaster is now housed at the OMEGA Museum in Bienne. Its Calibre 321 provided the perfect design criteria for OMEGA to follow,” according to Omega.

The new movements will now go into production at Omega’s HQ site in Bienne. Uniquely, all aspects of creation will be undertaken within a dedicated workshop.