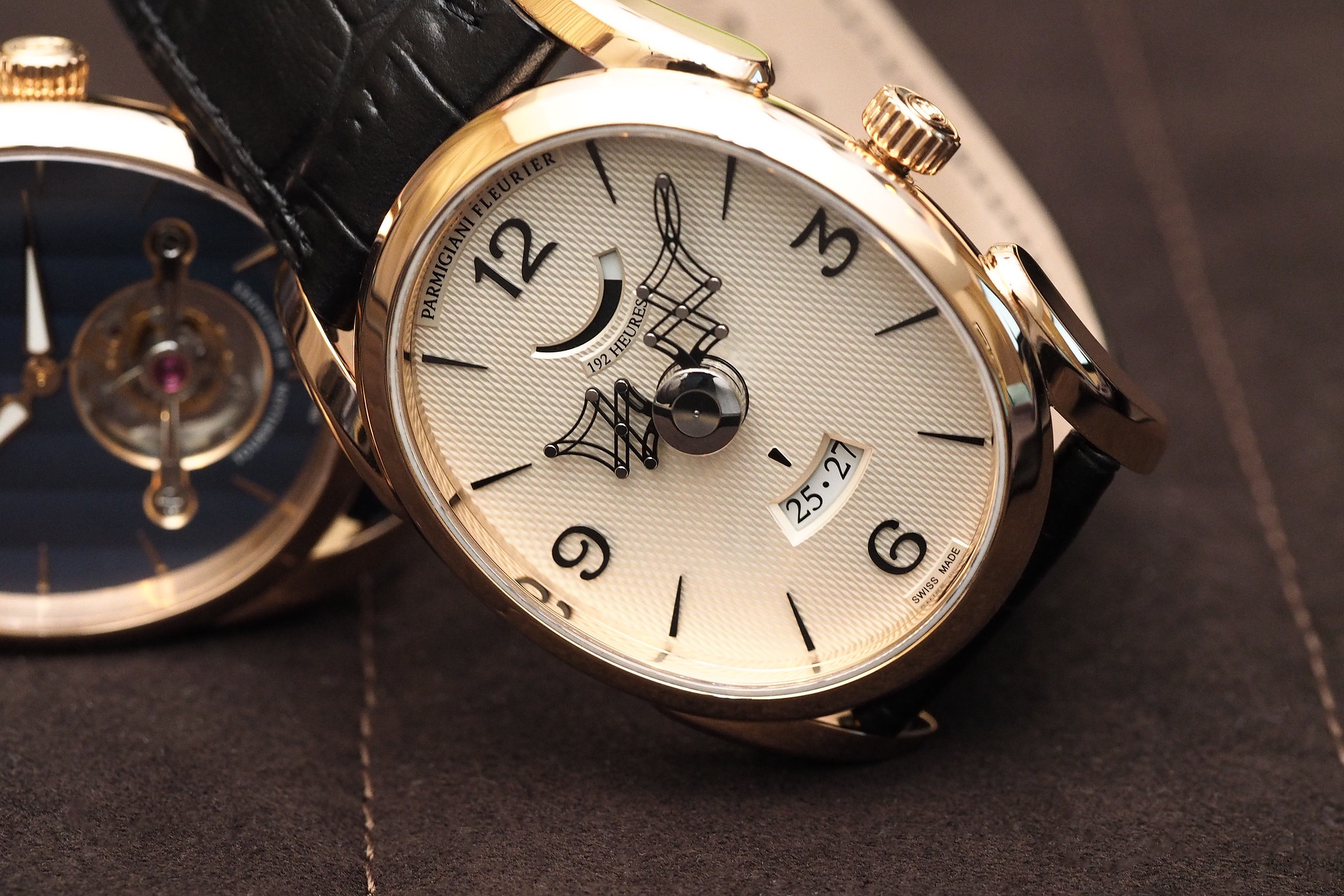 As you likely know if you read PROFESSIONAL WATCHES, Parmigiani Fleurier is a relatively new watch company, founded in 1996, that produces haute horology timepieces under their own name, as well as components for many premium top level watch brands. They make some of the dials for A. Lange & Sohne, for example. Needless to say, the quality of their watches, components, and particularly movements, is amongst the best in the business. With that said, earlier this week, we met with Michel Parmigiani in New York City, to photograph all of the SIHH 2017 timepieces, and below are the four new collections we have highlighted.

Based on the Toric Memory Time, the first watch designed by company founder, Michel Parmigiani, in 1996, the Toric Chronometre comes is a larger 40.8 mm diameter case, powered by a more modern in-house automatic caliber PF331, as opposed to the Lemania caliber that was used in the original timepiece.

The design harkens back to the original, with javelin-shaped hands and the unique stepped case design. However, the new model has a more refined look with gold luminescent hands, a panoramic date at 6 o’clock, and the white grained dial is particularly luxurious.

The retail price in either white or rose gold, with your choice of white or black dial, is $18,500.

Luminescent Delta-shaped skeleton hands prominently display the hours along with rhodium-plated luminscent triangular applied indexes (except at 3 and 9 o’clock), set against a black dial with repeating square motif (referred to as “center pointe de diamant”) that is similar to Audemars Piguet’s tapisserie design, and contrasted by bright blue and red accents. dial

Under the dial, is in-house automatic chronograph caliber PF355 which measures 30.30 mm x 6.81 mm, consisting of 311 components, 68 jewels, and running at 4Hz with a 50-hour power reserve. Most notably, there is a flyback module that allows the chronograph to be started and reset without going through the typical start-stop-reset process. Moreover, uniquely, the chronograph pushpieces are integrated directly into the left upper and lower lugs.

The black leather strap, as well as the case middle, have a pattern which echoes the design of the dial.

The Ovale Pantographe, with its distinctively telescoping hands and oval-shaped 45 mm x 37.7 mm (12.5 mm thick) case, was originally introduced in 2013, and as a follow-up, at SIHH 2017, two new variations were announced.

Parmigiani Fleurier’s best-selling collection is the Tonda 1950. It comes in a sleek 40 mm x 8.2 mm case and is powered by the companies beautiful automatic micro-rotor movement, which measures just 2.6 mm thick.

New for 2017, the Tonda 1950 has a slightly modified version of the PF701 movement, hence the new caliber PF702 designation. The case is also marginally larger than its predecessor, with an increase of 1 mm in diameter and 0.4 mm in thickness. However, most notably, it is now available in stainless steel, and with an entry-level retail price of $9,900.