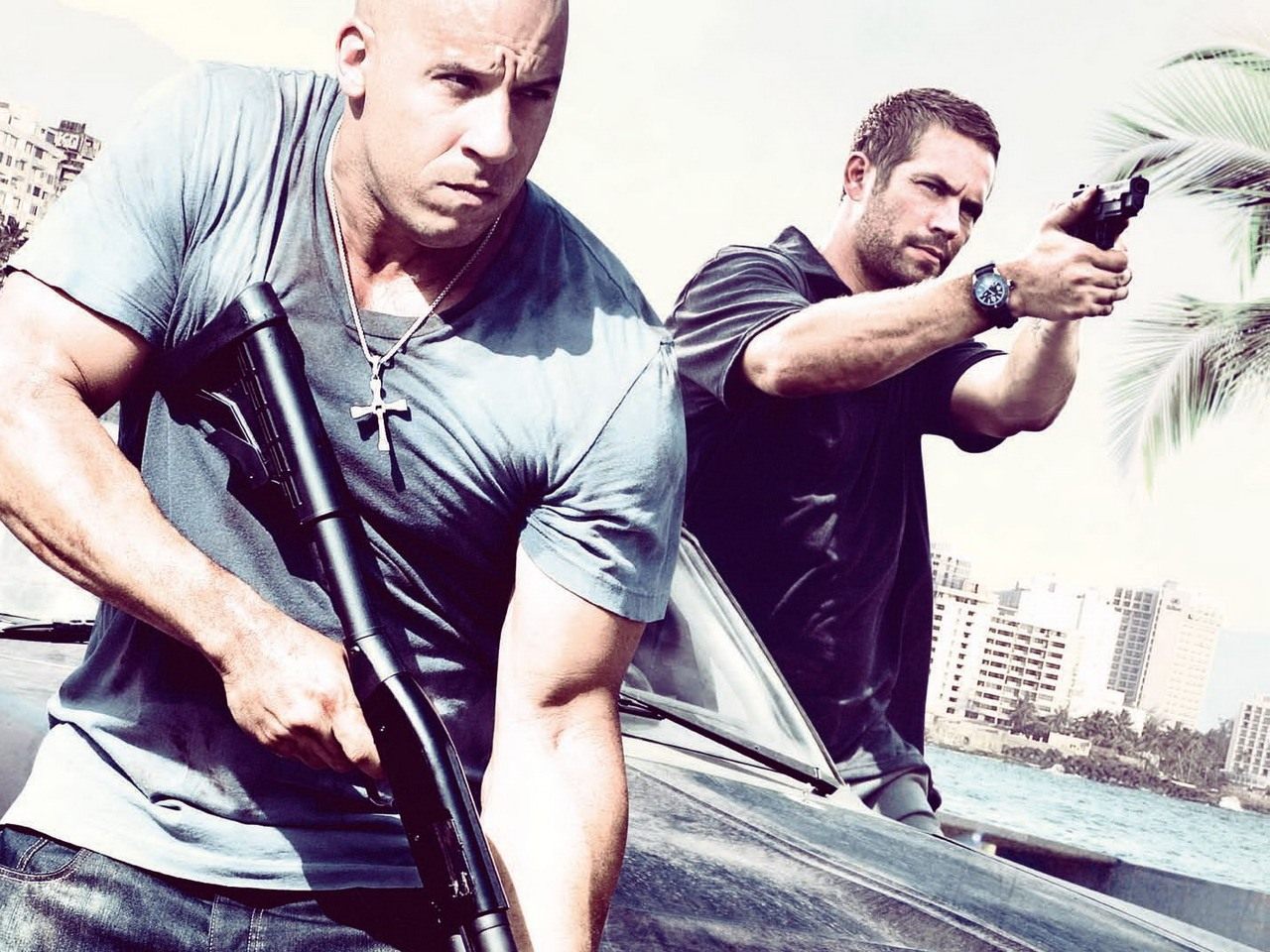 Paul Walker and Vin Disel
Paul Walker and Dwanye Johnson are seen wearing Richemont Group watches in the new movie installment of Fast & Furious: Fast Five. Paul Walker is seen in two separate photos wearing a Jaeger-LeCoultre Master Compressor Diving Automatic Navy Seals timepiece on opposite wrists. One picture shows it on his right wrist, and the other picture shows it on his left wrist. I’ve read there are certain points in the movie where it is visible close-up, then in the same scene it not even visible on his wrist when the camera is zoomed out. Dwanye Johnson is seen in the image (below) wearing a Panerai wristwatch.