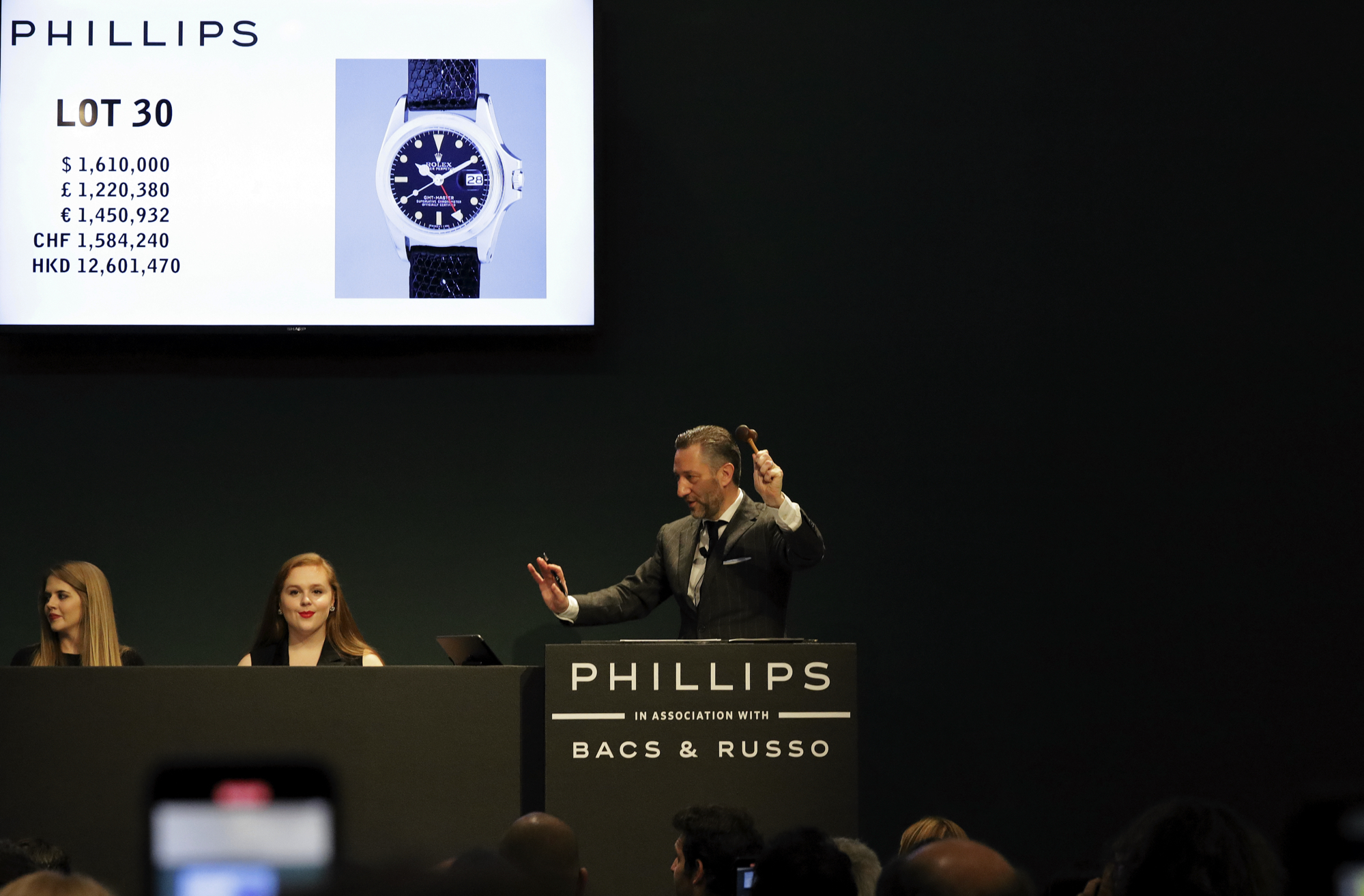 Auctioneer Aurel Bacs is pictured above – in front of a packed audience at Phillips Game Changers in New York –  just before dropping the hammer on lot 30, the Marlon Brando Rolex GMT-Master Ref. 1675.

After an opening bid of $250K, followed by multiple large increment jumps, the bidding on Brando’s GMT-Master quickly exceeded $1 million. As it crept past a million, the pace eventually slowed down to as low as $10K increments. With only a few bidders remaining, the price still continued slowly rising, and then finally, after what must have been 10-15 minutes of back-and-forth, one of the two bidders bowed out, and the watch had finally sold. The hammer price was $1.61 million ($1.952 million with fees) – the record for a Rolex GMT-Master sold at auction.

Jack Nicklaus’ Rolex Day-Date achieved a strong result of $1.22 million, which numerically may not have been as exciting as some of the recent world-record sales such as Paul Newman’s Rolex Daytona that sold for a staggering $17.8 million two years ago, or the stainless steel Patek Philippe Grandmaster Chime that achieved over $30 million just last month. But at the end of the day, the number does represent the highest price ever realized at auction for a Rolex Day-Date. And all of that goes straight to Nicklaus Children’s Hospital, which is a success, no matter how you look at it.