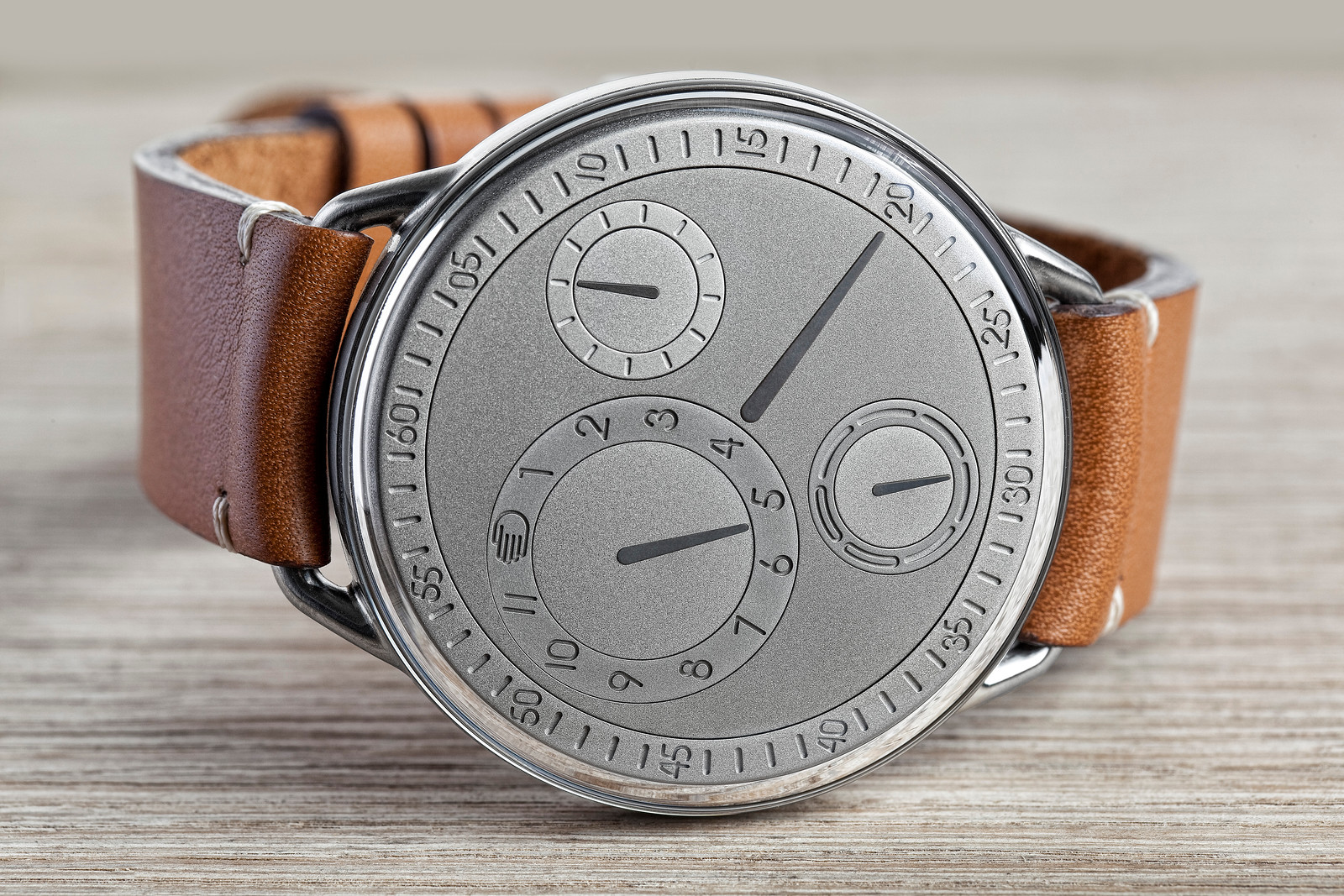 Five years ago, Belgian watchmaker, Ressence, introduced a timepiece, unlike anything we’ve ever seen. A watch that lacks conventional hands, instead displaying the time via sub-discs that continually revolve, as does the main disc into which they are set, “like moons in orbit around a planet.”

Based on this concept, Ressence has quickly become very popular among collectors and watch enthusiasts. From the Type 1 to the newer version of the Type 1, to the Type 3 – everything they do is unique and highly innovative. Not just the mechanism, or way of telling the time, even details as small as the strap designs have been re-imagined in new ways.

To celebrate their fifth anniversary, Ressence announces the limited edition Type 1 V Genesis. According to the manufacturer, this is no re-issue from the archives, “Some, in fact, might say the Genesis hasn’t even been finished. And they would be right – the Genesis’s exterior components aren’t smooth and polished, giving the piece a directness and integrity. It’s an expression rather of Ressence’s being a work in progress towards a fresh kind of fine watchmaking.”

Interestingly, the parts are taken directly from the production line, similar to how the brand’s earlier prototypes were made. And apart from the hands being galvanized to add clarity, and the dial being sandblasted, everything is unfinished, so to speak. Even the barenia calf leather strap is untreated, so it will change color naturally over time.

The Ressence Type 1 V Genesis comes in a grade 5 titanium case measuring 42 mm by 13 mm, with domed sapphire crystals top and bottom (both sides treated with an anti-reflective coating). The dial is made of nickel silver and is convex shaped. Inside, is the patented ROCS1 (Ressence Orbital Convex System) which includes self-winding, crownless winding and setting, 208 components (53 jewels, 27 gears) and a 36-hour power reserve. Availability is limited to 5 numbered pieces and the price is approximately $21,000 (18,750 EUR). 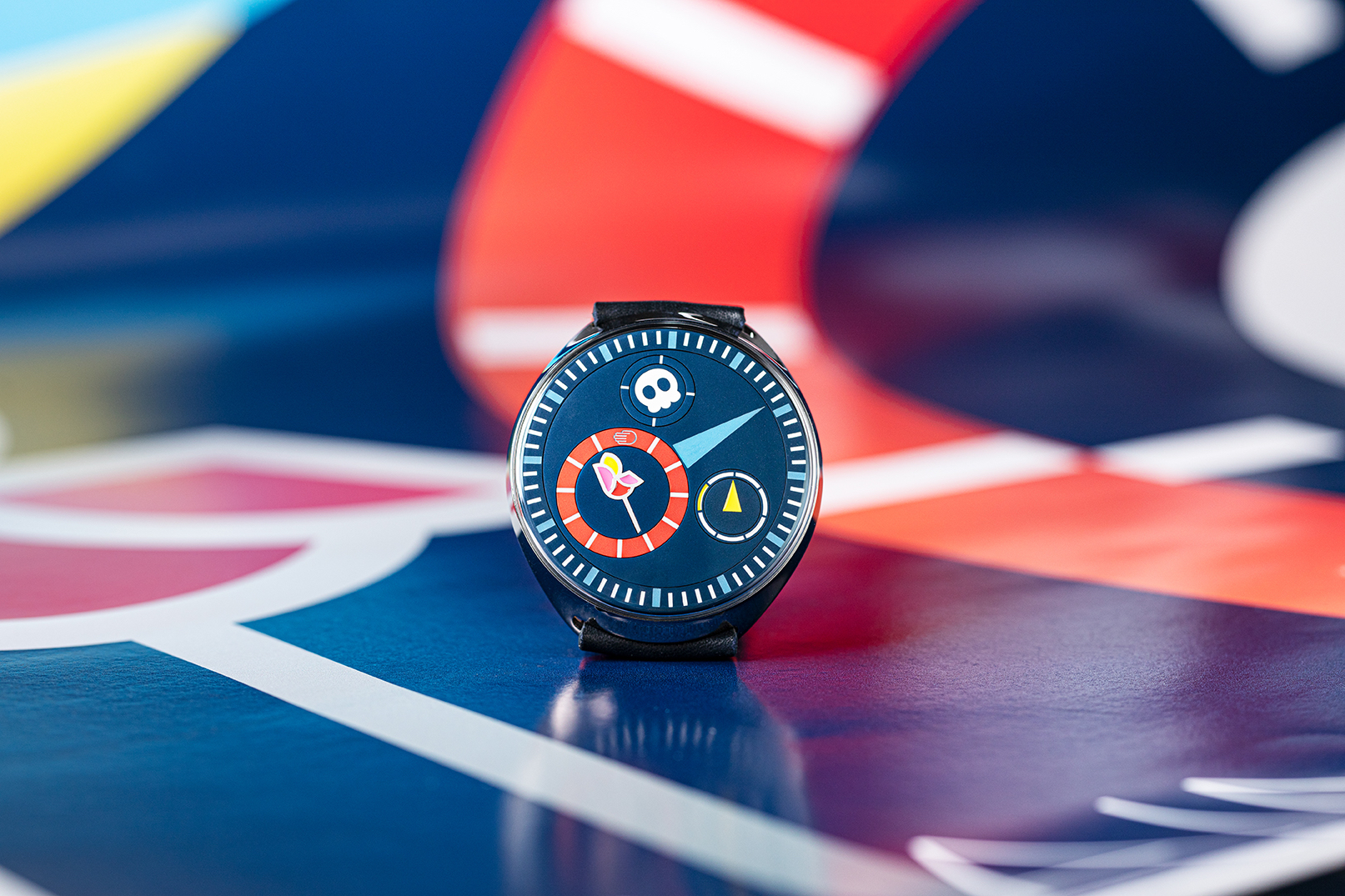 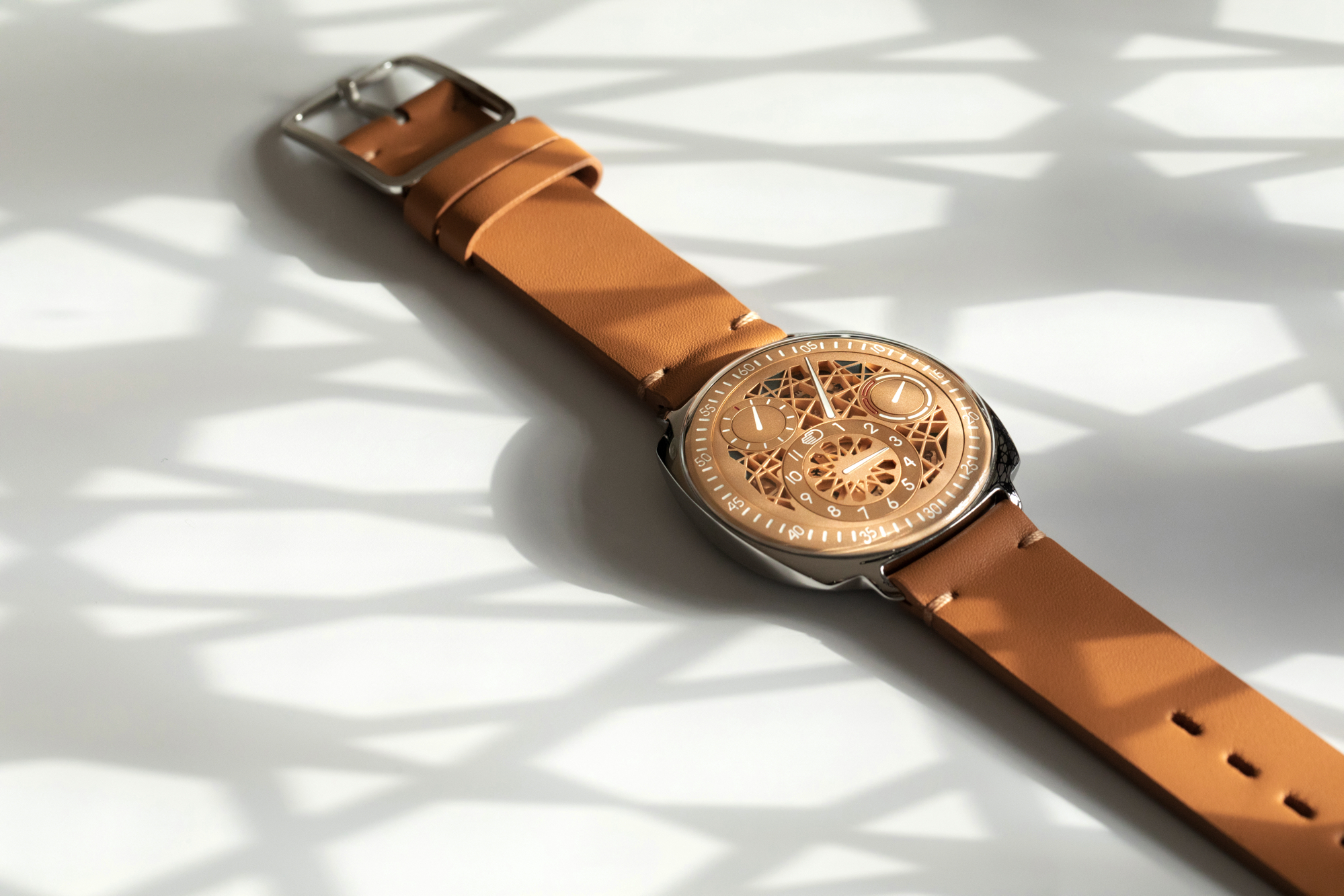 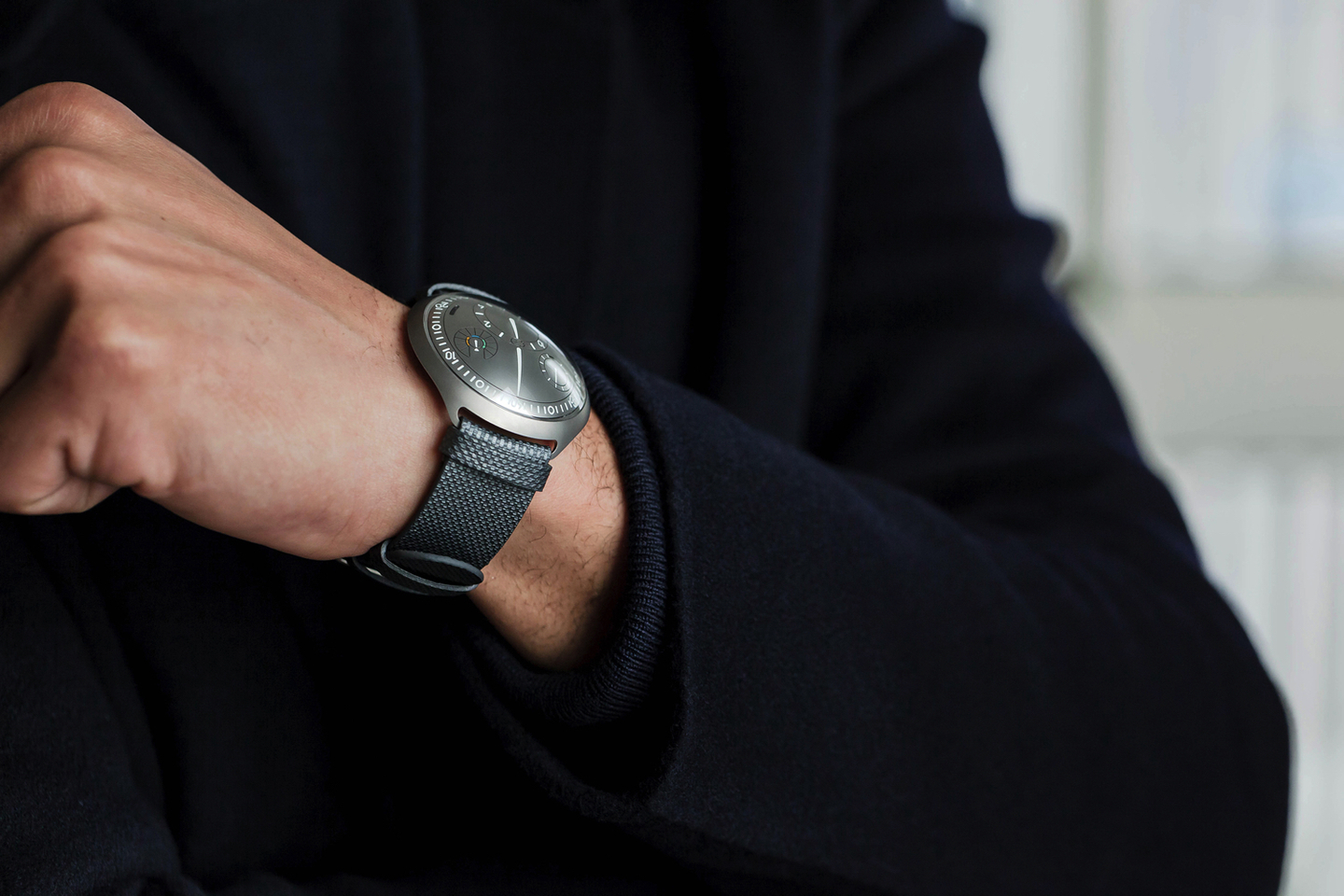