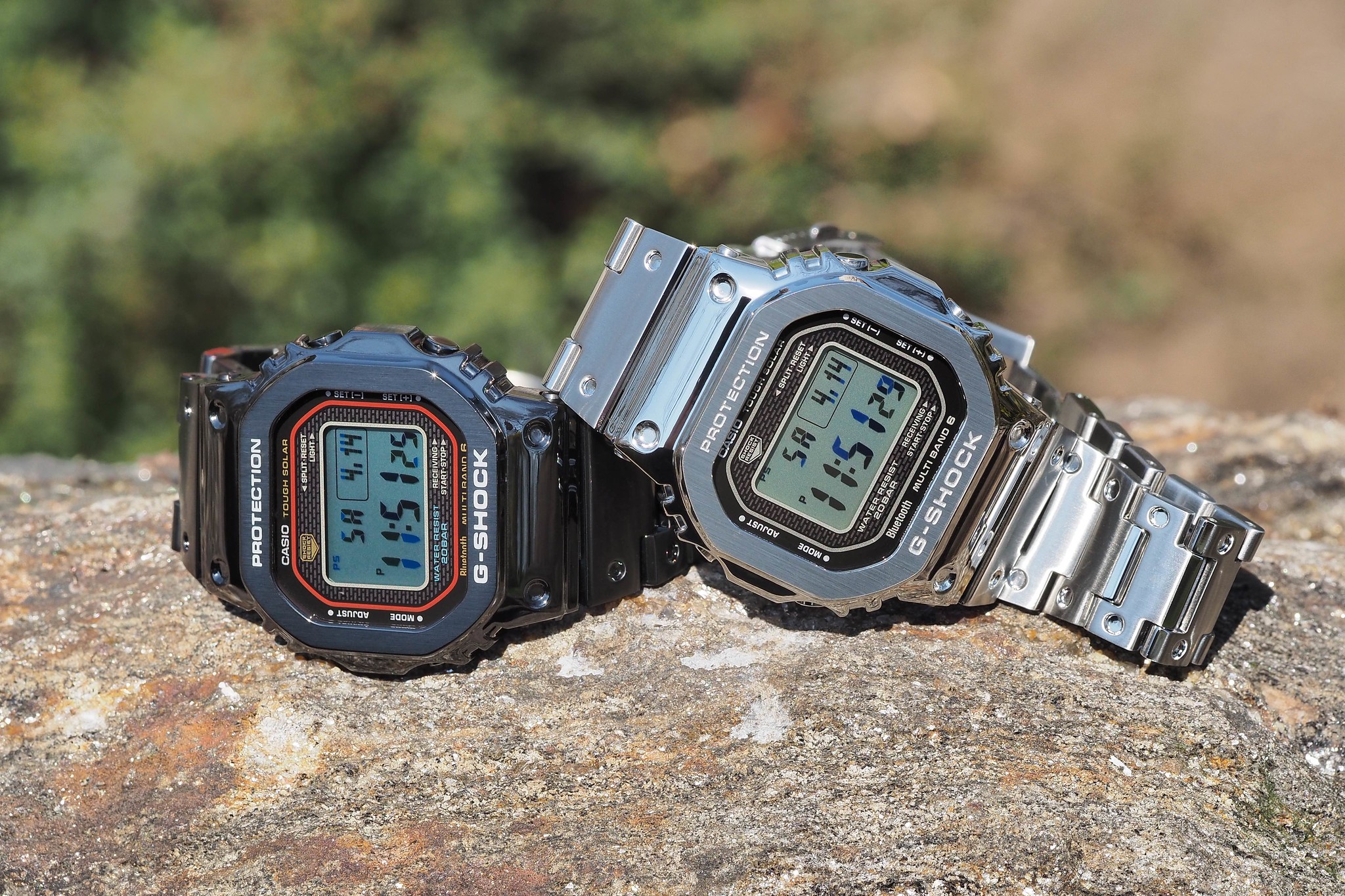 After dropping and breaking the watch his father had given him in high school, Kikuo Ibe, the founding father of G-Shock and the Chief Engineer of Research and Development for Casio Computer Co, came up with an idea to make a more durable watch.

Eventually, this dream came to fruition, when as a mechanical engineer at Casio, he invented the G-Shock watch that was first introduced in 1983 (the original square DW-5000).

The watch was not initially a runaway success, but as police and firemen adapted G-Shocks for professional use, largely because of its extreme durability, not to mention affordability, it eventually caught on. By the 1990s G-Shock was worn by skateboarders, backpackers, police, firemen, and military personnel and consumers wanted a rugged and affordable watch worldwide.

Today, 35 years later, the Casio G-Shock is both a professional watch and a fashion accessory, and easily one of the most recognizable wristwatches in the world.  In fact, Casio announced in November 2017 that the one hundred millionth G-Shock (pictured below), had been sold.

The case of the G-Shock Full Metal 5000 (which we first covered last year), like the previous resin-based iterations in production for the past 35 years, measures 43.2 mm across and 49.3 mm top to bottom, with a thickness of 13 mm. As crazy as this may sound, proportionally, the 5000 G-Shock collection is in-line with other much more expensive, classic mechanical timepiece designs such as the Nautilus 5711 (from the 1970s) or Omega Speedmaster Professional (from the 1960s), which is a good thing.

The Full Metal G-Shock 5000 series wears very well and despite having an all-metal bracelet, it does not feel super heavy on the wrist, thanks in part to being conservatively sized. In stainless steel with a metal bracelet, the weight is 170.2 grams and in black PVD-plated steel, the weight is 170.6 grams, which reflects the added weight of the physical vapor deposition plating. We did not weigh the gold-plated version, although it should be approximately the same. There is also a fourth model which has a resin strap and stainless steel case, but it’s a Japan-only piece. Naturally, the resin strap version is lighter at 96.7 grams, but I think part of the charm of this watch is the matching metal bracelet.

At the point where the bracelet attaches to the case, the bracelet measures 25 mm wide, and it tapers all the way down to 18 mm, which is not an insignificant difference from case to buckle, however, considering the bracelet is integrated directly to the case, as opposed to lugs (there are no lugs), much of the extra width is essentially included in the dimensions of the bracelet at the wider end.

This is a G-Shock, and the watch is tested to withstand serious amounts of abuse. Part of this ability is related to the insides of the watch movement and how it’s protected, but the other key factor is how the case is built. And this one is built like a tank. The fixed bezel, for example, is actually part of the monoblock middle case as opposed to being attached separately like on almost any other watch you can think of, adding to durability.

Water-resistance is 200 meters, the watch can be dropped from extreme heights, it can even be frozen, heated, and it will still work. G-Shocks are literally the most durable watches on the planet.

Despite having a mineral crystal, instead of a more premium sapphire (which keeps costs down and allows Casio to offer such an affordable price), the bezel is of the armored variety, meaning it sits above the crystal and therefore protects it from all anything impacting the crystal except very small objects.

Most of the case and bracelet are fully polished, however, the bezel has a nice vertical brushed surface which is a nod to traditional watchmaking.

The dial of this watch is strictly digital, connected to a quartz movement driven by solar-powered cells that allow sunlight to come in through the dial side (the honeycomb area around the perimeter of the dial). Time is displayed with digits, including a precise running second indicator, along with the day, date, and mode.

As mentioned above, a mineral crystal, set beneath the bezel, protects the dial.

In addition to the standard time and date functions, like with any G-Shock, there are a plethora of useful advanced watch functions such as a countdown timer that can measure from 1 second up to 24 hours, a stopwatch with 1/100th of a second accuracy and split time functionality, 5 daily alarms (with 1 snooze alarm) and an hourly time signal, a world time function with the ability to select 5 world times from 39 cities and daylight saving on/off and Coordinated Universal Time and city name display and home time/world time switching, a full auto-calendar, and 12/24 hour format switching.

Additionally, thanks to the G-Shock Connected app, when paired to the watch via low energy Bluetooth, most of the aforementioned functions can be controlled on the phone and communicated to the watch. And one really cool function is the ability to press a button that records the current date, time, and longitude/latitude coordinates, which can be viewed on a map within the app.

The battery is supposed to last 22-months on one full solar charge, however, if the battery is low there is a warning.

As you would expect, there is an LED backlight illuminated by pressing a button, which lights up the screen blue, even in the darkest conditions. To save battery, the light only stays on for 2/4 seconds. Would have been nice to have an even longer illumination setting considering the watch is solar-powered and lasts so long without a charge.

In direct sunlight, some of the dial readouts can washout a little (as shown in the pictures) but it’s by no means a deal-breaker. In real life, you’ll probably barely notice it.

Thankfully, in my opinion, there are not too many functions compared to some of the more advanced G-Shocks, and this brings them a little closer to mechanical watches that typically have very few functions in comparison, which I think is why this watch speaks so well to quartz and mechanical watch lovers alike.

A solar-powered quartz movement with Bluetooth and Atomic timekeeping drives the time and all functions of the 5000 Series. And while quartz may not be the sexy choice – in a digital day and age where mechanical watches have all the charm – having such a reliable and incredibly accurate timepiece can mean a lot. And considering it’s light-powered, with very little light actually, you won’t be needing to charge it constantly (like say an Apple watch) or wind it like a mechanical watch.

Further, if you do forget to allow it to absorb light for a long period of time, once it hits sunlight again, the time should instantly sync based on an Atomic time signal, or if you have the Connected app, you can connect it to Bluetooth for ultra-precise timekeeping, that latter being the preferred choice based on our experience. In fact, case in point, during testing (and please bear in mind these were both samples as marked on the casebacks by the letter “S”), we found that the two varied slightly (by approximately 4 seconds) when calibrated with Atomic Timekeeping. However, once synced with Bluetooth, both were in resonance, so to speak, with identical precision down to the second.

There are four versions and the top seller is the stainless steel version with a stainless steel bracelet (GMW-B5000D-1) which will see limited availability but is not a limited edition and retails for $500. There is also a steel version with a resin strap (GMW-B5000-1), but that is Japan-only for the time being. Then there is the limited edition IP gold plated steel version (GMW-B5000TFG-9) with a matching bracelet which Casio is not disclosing how many are being made that retails for $600. And finally, there’s the black DLC plated steel model (GMW-B5000TFC-1) for $1,200 that was produced in collaboration with Porter (a Japanese luggage maker) and includes a premium Porter bag. This is the top-priced model and again Casio will not disclose the number made but this we’ve been assured is very limited, meaning you basically cannot even get one.

The Full Metal collection is very popular right now, not surprisingly, as this is in my opinion, one of the nicest G-Shock watches ever brought to market – based on design, functionality, wearability, and price.

With all this said, next year could bring more variations, and the stock will hopefully be ramped up to meet the growing demand. However, for now, getting any version will not be easy, as the demand relative to the supply is still just too high.

If you were in the market for a G-Shock but want something more classic, yet nice enough to wear to the office, this might fit the bill. It’s also a great complement to the collections of some serious watch collectors, which is to say this watch is maybe the first Casio to appeal to such a group, and incredibly, to do so at such an amazing price is a good sign of where Casio is headed. 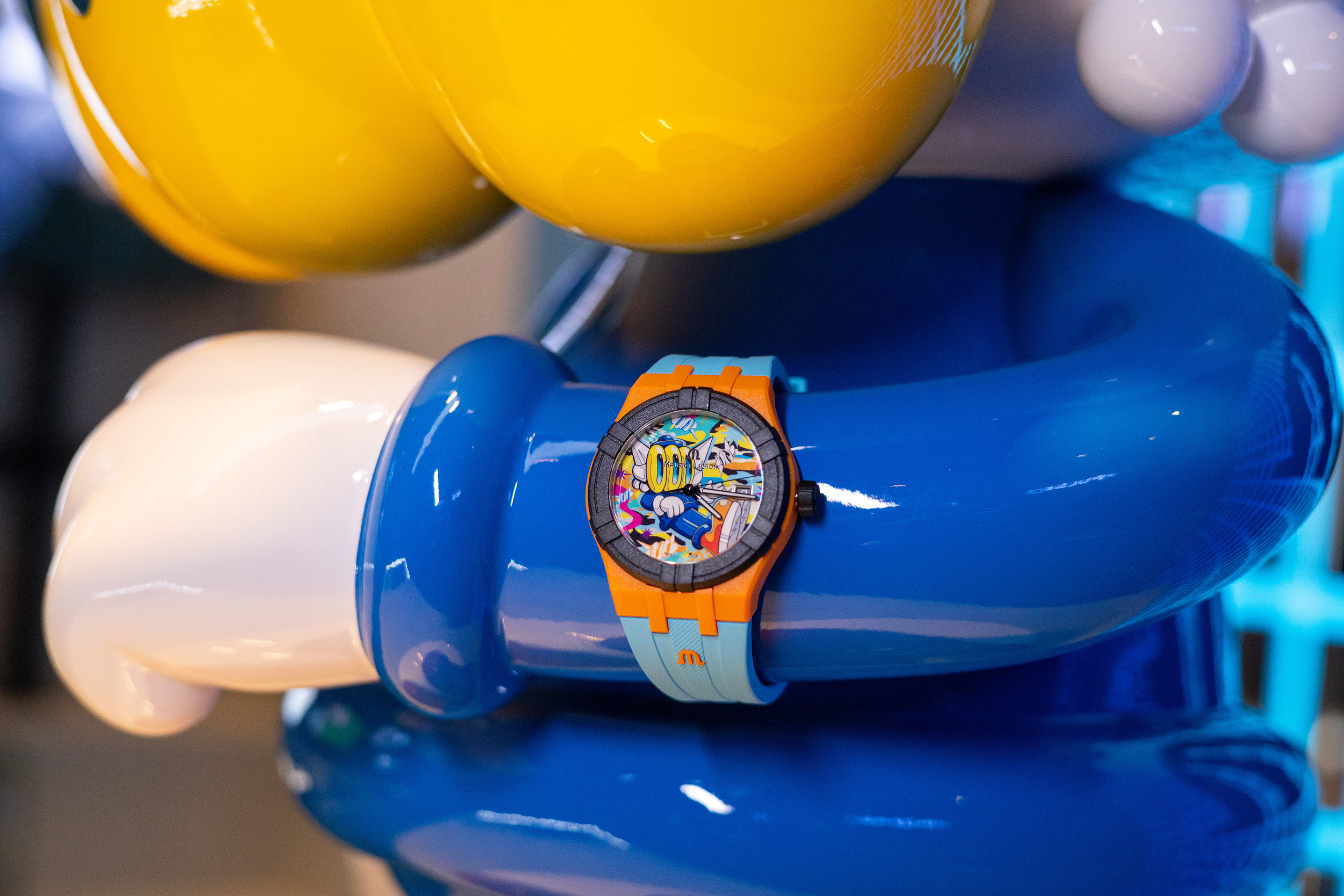 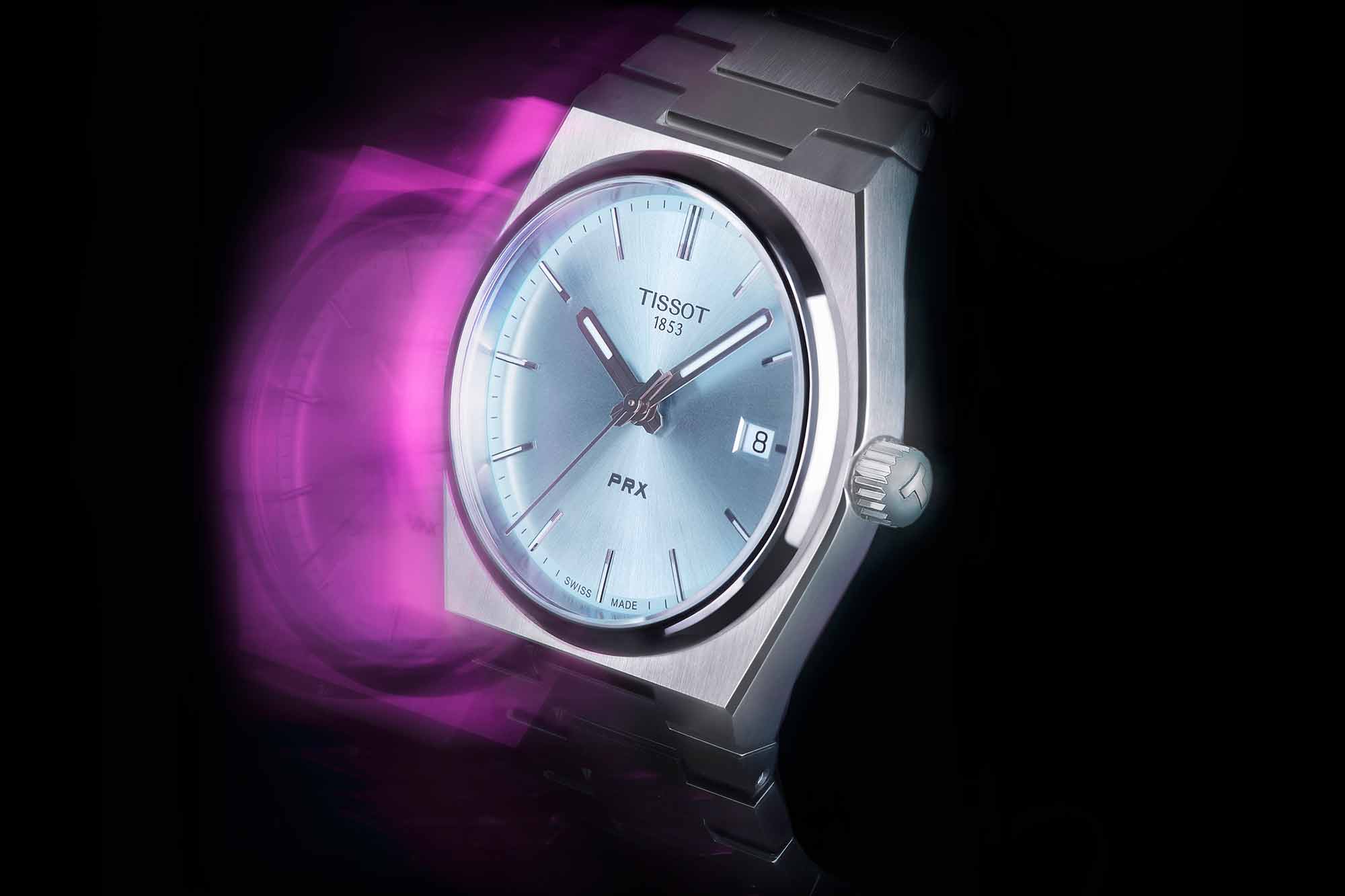