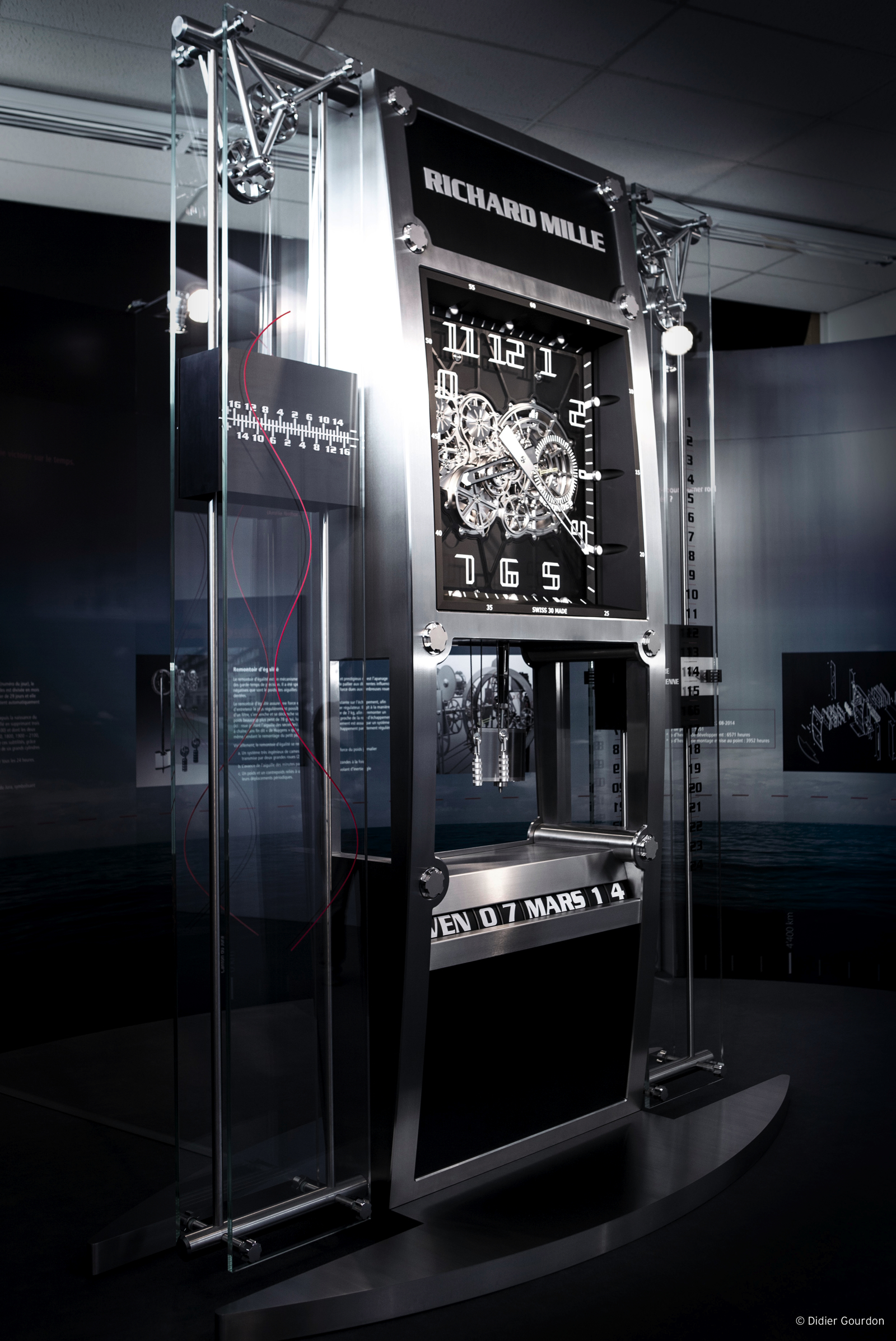 After six years of development, Swiss watchmaker Richard Mille has unveiled “the first clock designed and made to the exacting standards and conventions of Haute Horlogerie.” To celebrate Quebec City’s 400th Anniversary, the clock is being donated as a gift from the Republic and Canton of Jura, Switzerland to people of Quebec City, Canada. It will be permanently displayed at the Jardins de l’Hôtel de Ville beginning May 3, 2014.

The clock required 6,571 hours of development, 5,451 components and 3,952 hours of assembly and adjustment. The stainless steel case is inspired by the curved design of Richard Mille watch cases. It utilizes 16 spline screws, measures 138 inches x 98 inches x 51 inches, and weighs a whopping 4217 lbs.

This clock has two faces: on one side you can see the hours and minutes, while the other face displays seconds, minutes, hours and a perpetual calendar. According to Richard Mille “The impressive dial and hands skim over the plate and the ribbed bridges, which recall the central bridges of an RM 003. The other bridges are reminiscent of the RM 055, and the baseplate itself recalls the RM 005. In all, the clock comprises 3,600 parts made of brass, stainless steel, titanium, aluminium, ceramic and ruby. You can see the calibre, gear-trains and balance wheel through the anti-reflective treated mineral glass all around the movement.

The designers of this movement have made use of horological grand complications to ensure optimum chronometry, such as the constant-force device, a rare mechanism of extraordinary complexity that compensates for the different negative influences arising from the weight of the hands, and the tiny variations in force due to the many toothed wheels. This cam mechanism releases and blocks the force of the daily weight transmitted by two big wheels.

At the same time, an equation of the time mechanism operates through the intermediary of a driving-weight which descends once a year. During its slow course, this weight operates as a mobile slide-contact along a sinuous red line etched into the glass. In combination with the scale engraved onto the weight, this line indicates the variations in minutes between real time and average time during the course of the year.

To remind everyone of the clock’s provenance and its strongly symbolic stature, a second time zone – that of the Jura in Switzerland – is displayed all along the glass column, made visible by the ascending movement of a specific window.

As with all Richard Mille watches, the entire movement and case are hand-finished to ensure this piece of Haute Horlogerie is a work of perfection. The fine quality of satin-finishing, micro-bead blasting, polishing and surface treatments are a glowing tribute to the craftsmanship of Richard Mille watchmakers and decorators as well as the students of the Porrentruy technical college and Haute Ecole Arc.” 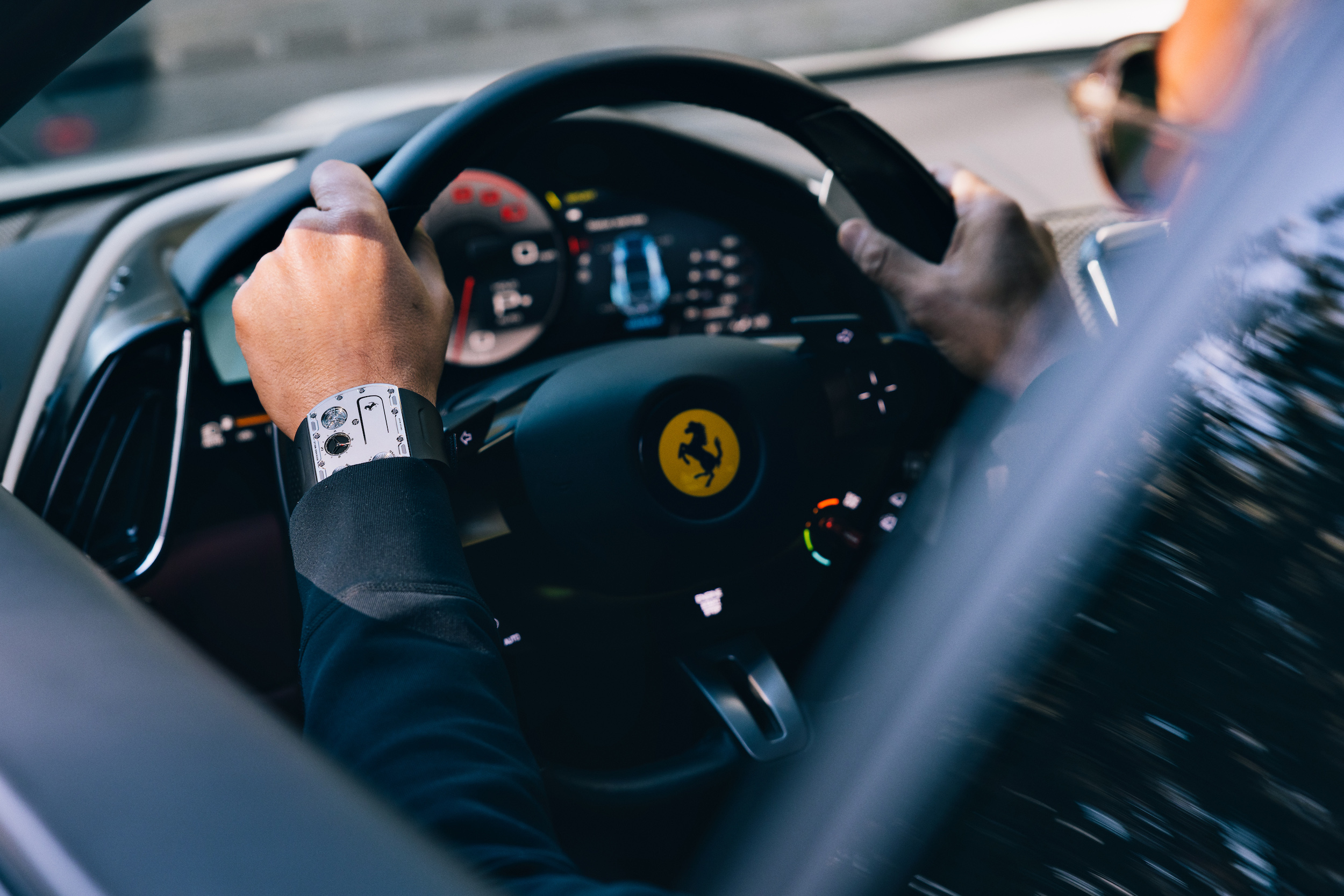 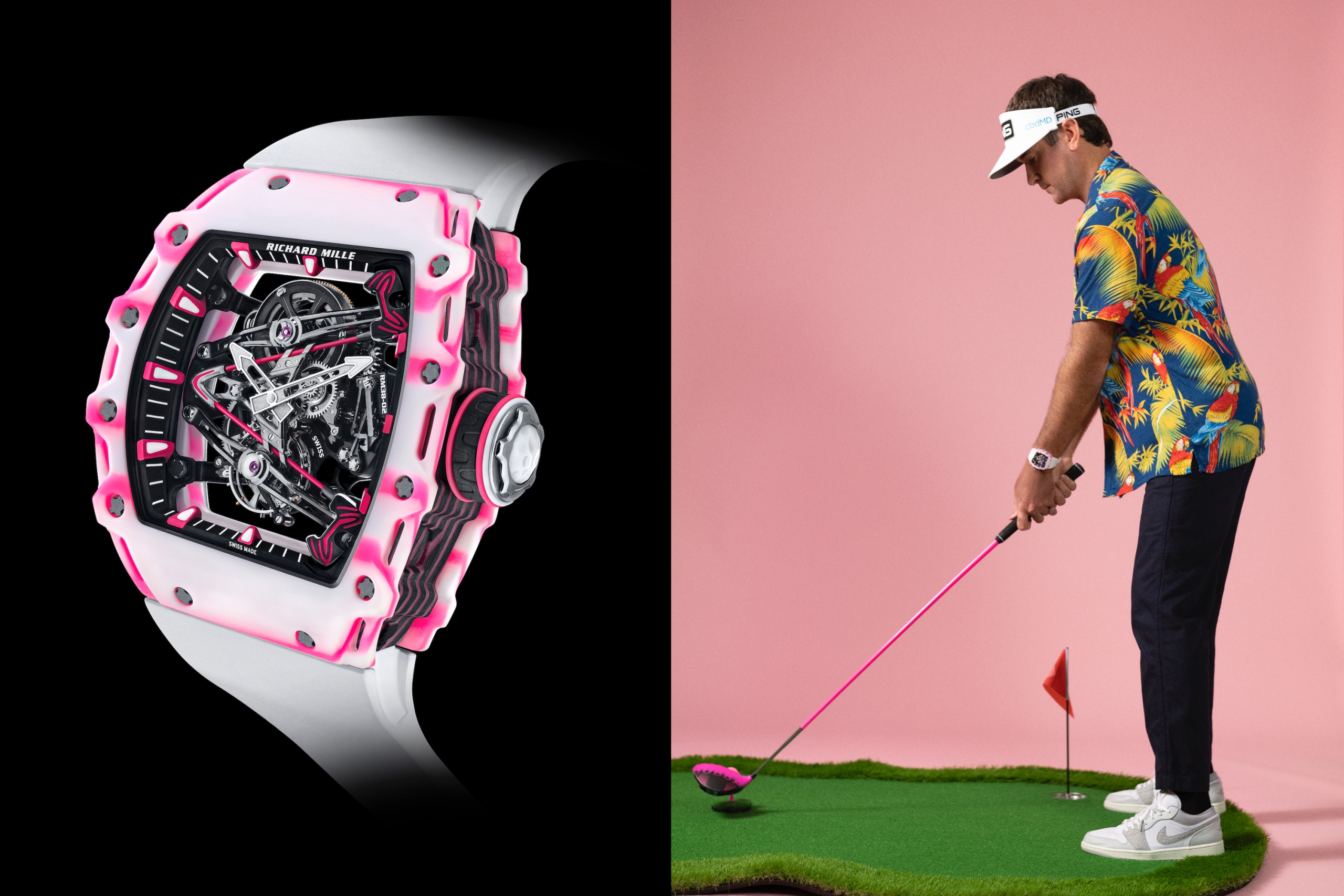