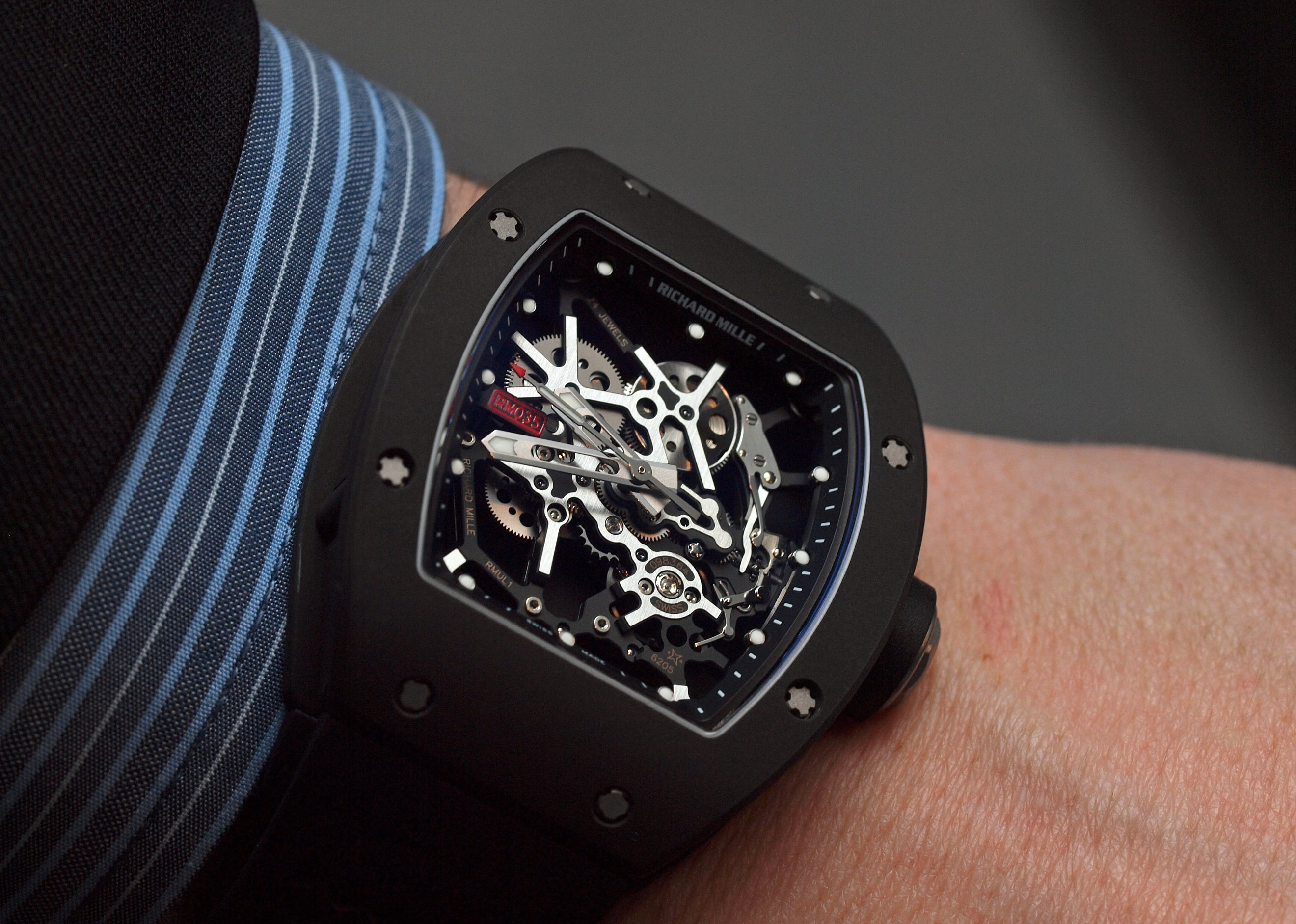 In March, Richard Mille unveiled the new RM 035, a timepiece that professional tennis player Rafael Nadal wears during all of his tennis matches. The tonneau-shaped case is signature Richard Mille, and is made of an ultra-light magnesium-aluminum alloy. This alloy is composed of 90% magnesium and 8.9% aluminum and helps keep the new RM 035 under 20 grams (including strap).

Powering the Richard Mille RM 035 is a manual winding skeleton caliber RMUL1. It has 24 jewels, beats at 4Hz, has a free-sprung variable inertia balance, and a 55-hour power reserve. The movement weighs next to nothing at 4.3 grams (although surprisingly the RM 027 movement weighs even less at 3.8 grams). Originally, Rafael Nadal wore a tourbillon equipped Richard Mille RM 027 that cost over $500,000.