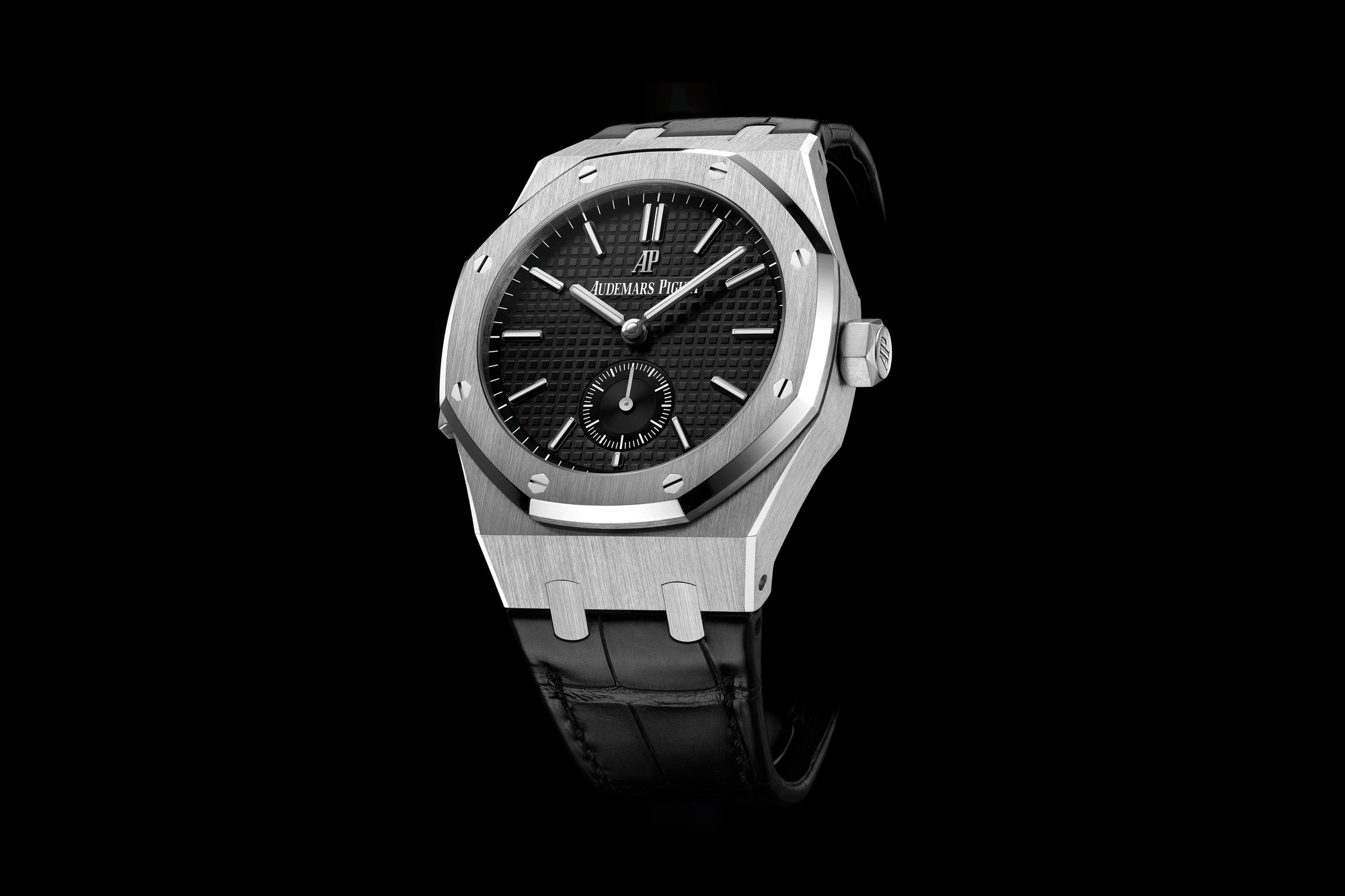 Audemars Piguet is a watchmaker long renowned for its expertise in manufacturing minute repeater timepieces. They’ve been making and repairing chiming pocket watches in the Vallée de Joux – something they still do to this day – since the late 19th century. With this in mind, it’s not that surprising that they recently announced their first production minute repeater to be housed in a Royal Oak case. The only surprise is that it has taken this long.

Chiming timepieces require an incredible amount of research and design, and prior to debuting the Royal Oak Concept chiming watch in 2015, the company spent eight years conducting acoustic testing and that watch is the subject of three patents. While the watch that’s being launched in 2019 is not the same as the 2015 concept, it definitely utilizes some of the horological advancements found in that halo timepiece.

The new Royal Oak Minute Repeater Supersonnerie comes in two versions, one inside a titanium case, with a titanium bracelet, and a blue dial, and the other inside a platinum case, with a leather strap, and a black dial. The watches both measure 42 mm x 14 mm x 20 mm.

Being that this is a Royal Oak, a “Grande Tapisserie” pattern guilloche dial is standard, as are white gold Royal Oak hands and applied hour markers. And despite the ability to hear the time (even in the dark), the hands and indices are luminous.

Driving the traditional hours, minutes, and small seconds hands, as well as the minute repeater function (activated by a slide on the left case flank), is caliber 2959. The 30 mm diameter manually wound movement beats at 3Hz, has 359 components, 32 jewels, and boasts a 72-hour power reserve. Finishing is high-end Swiss with Geneva stripes, beveled and polished edges, perlage on the mainplate, and every component has been decorated to perfection. Although, it’s covered by a semi-solid caseback that’s got perforations around the perimeter (protected by a membrane) to enhance the sound of the hammers hitting the gong as each chime escapes the case.