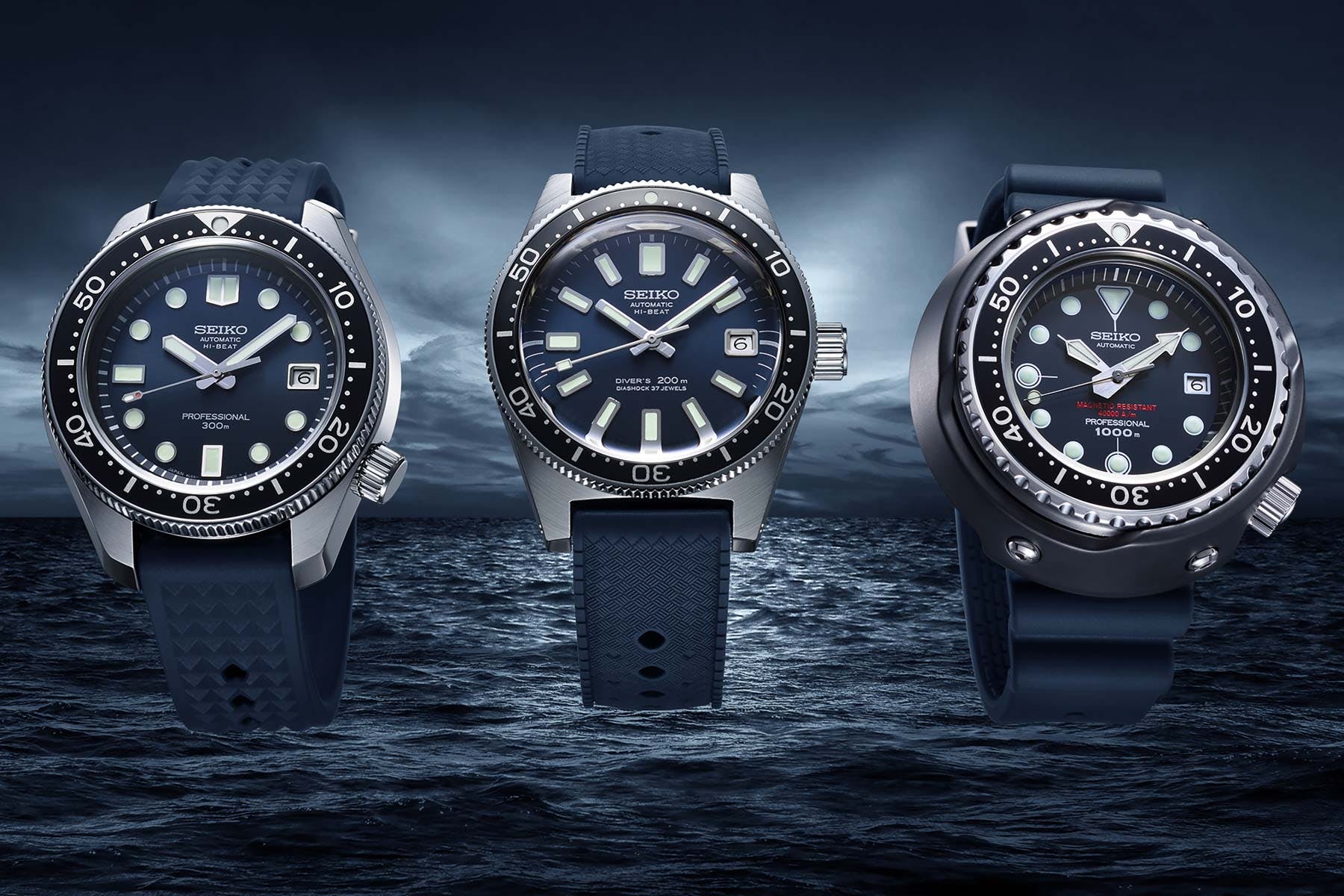 As has been the case in recent years, for 2020 Seiko continues to remake it’s most popular diver’s watches from the past, which started with the 62MAS-010 in 1965. This watch not only represents Seiko’s first dive watch — it’s also the first Japanese dive watch.

The unique alloy is also supposed to have a slightly more silvery appearance than standard 316L as well as what Seiko says is a pitting resistance that’s 1.7 times better than 316L steel. Whether any of the alloys are more effective at curtailing corrosion in real-life use than 316L is debatable (because watches do not sit in the water the same amount of time as say a boat which might utilize marine-grade steel that has a high resistance to pitting). Nevertheless, the three Ever-Brillant steel dive watches carry a significant premium over the fourth diver’s watch that was part of this launch.

Each of the three aforementioned Seiko diver remakes comes in a limited edition of 1,100 watches, is equipped with dark-blue silicone straps with pin buckles, and the first 100 of each model will be sold together in a three-piece set.

Last of the Seiko diver’s remakes, but not least, is the 1965 Diver’s Modern 62MAS remake (Ref. SPB149) which does not come in an Ever-Brillant stainless steel case, nor is it driven by a high-beat 5Hz movement. But it does come in a well-sized 40.5 mm x 13.2 mm case, is water-resistant to 200 meters, and is powered by 3Hz automatic caliber 6R35 that’s good for 70-hours of power reserve. With the premium steel or higher grade mechanical movement, the price is much more accessible than the other three at $1,350. Yet you still get the same blue-gray 55th-anniversary dial blue-gray and both a silicone strap and a steel bracelet to boot. This model is limited to 5,500 pieces.