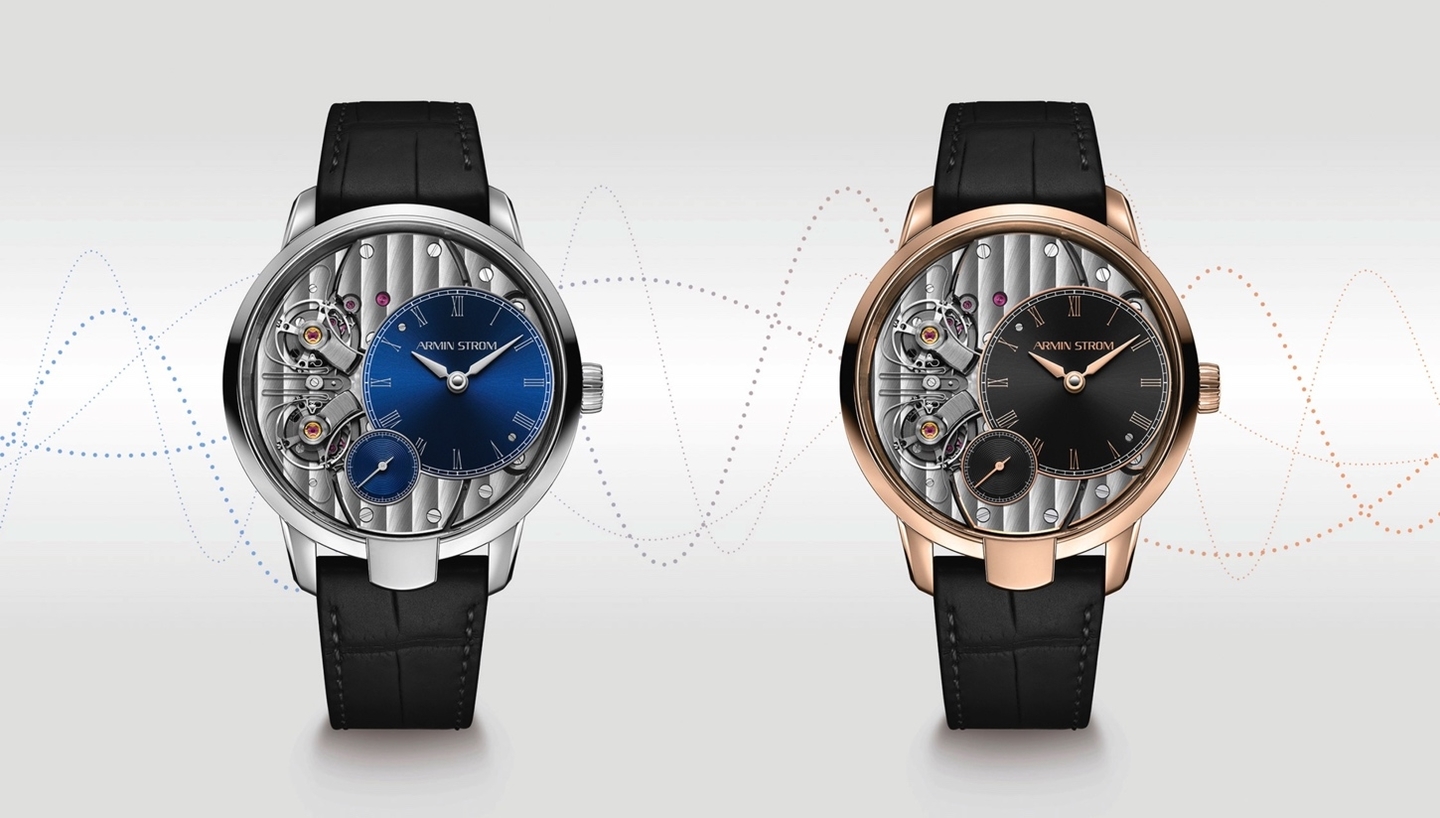 Previously available in a case measuring 43.4 mm x 13 mm, the new Pure Resonance has been reduced in size to 42 mm x 12 mm, which was achieved mostly by reducing the bezel and case band thickness. The result is a watch with almost no bezel. The dial now has two subdials, one for hours and minutes, and the other is a true small seconds subdial. The main hours and minutes dial has silver or gold Lance-shaped hands with silver or gold printed Roman numerals with a white railroad minute track, on either a blue or black sunburst dial. The small seconds display feature a snailed dial in blue or black, with a baton hand and railroad track graduations.

According to the brand director, Claude Greisler, “The goal of the Pure Resonance has not changed: to display the interesting resonant balances while improving overall precision.”

“The reason for this watch’s improved chronometry can be found in the straightforward approach to the movement: the fewer functions a timepiece must perform, the better it can concentrate on accuracy. In other words, with no superfluous functions, this watch can focus fully on precisely providing the time. The time displays receive their portioned energy from the lower regulator, while the upper regulator remains in place to create resonance.”

Driving the new Resonance is caliber ARF16 which like the original ARF15 features manual-winding, the visible resonance clutch spring in between the two oscillators between 8 and 10 o’clock, and a unique beat rate of 25,200 (3.5Hz). The movement, which measures 34.40 mm x 7.05 mm, has 206 components including 38 jewels, and a 48-hour power reserve. New bridges are decorated with straight Geneva stripes, which create a new backdrop for the two time subdials.

The latest version Pure Resonance looks and acts just like a “normal” three-handed watch. And this remains in line with the philosophy of ARMIN STROM as a brand: just good, proprietary mechanics presented in an impeccably finished and interesting way. The “Pure Resonance heralds a new era at Armin Strom,” owner Serge Michel promises.

In addition to paring down the size of the watch, Armin Strom also did the same with the prices. The retail price is CHF 49,000 CHF in stainless steel and CHF 62,000 in rose gold. 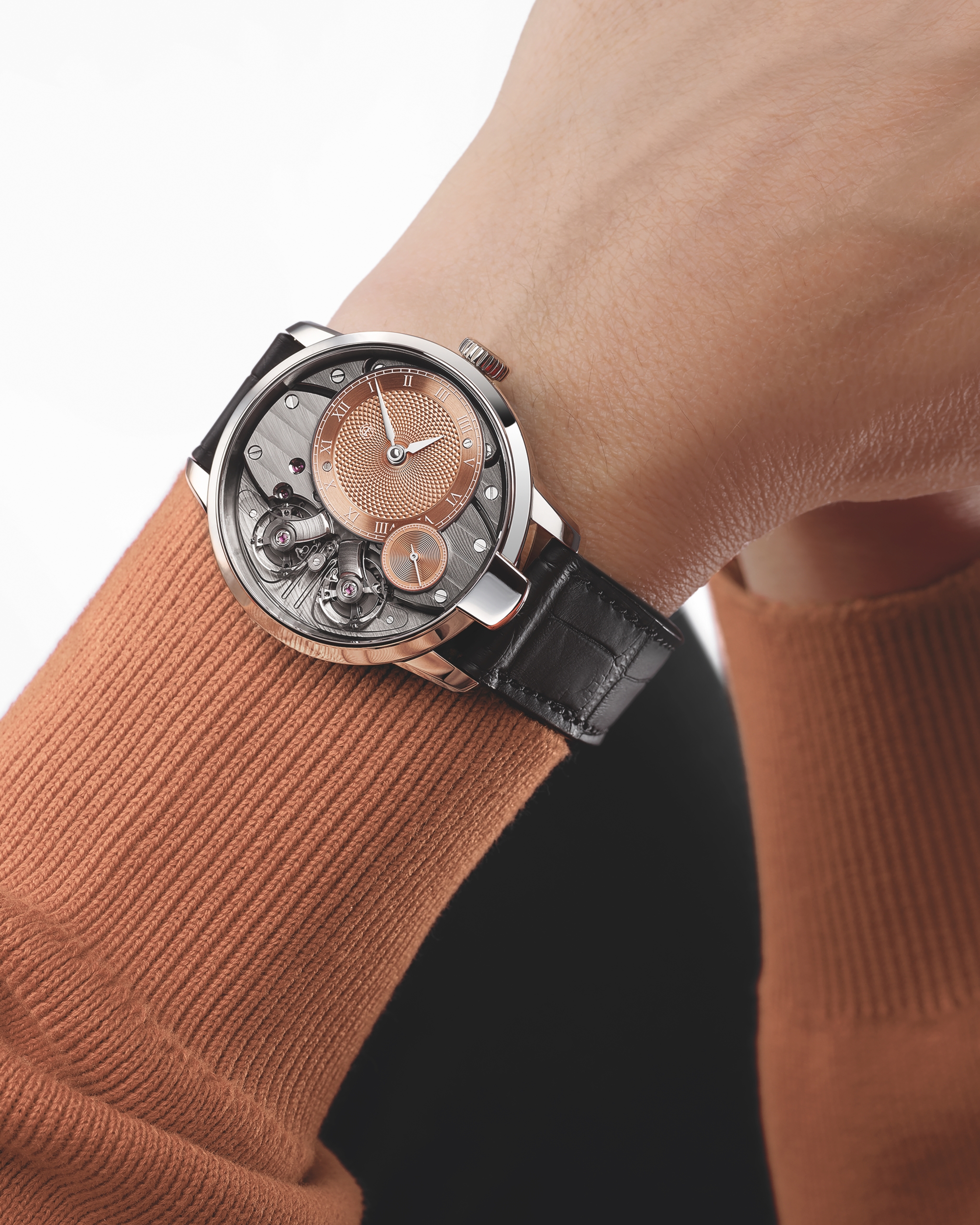 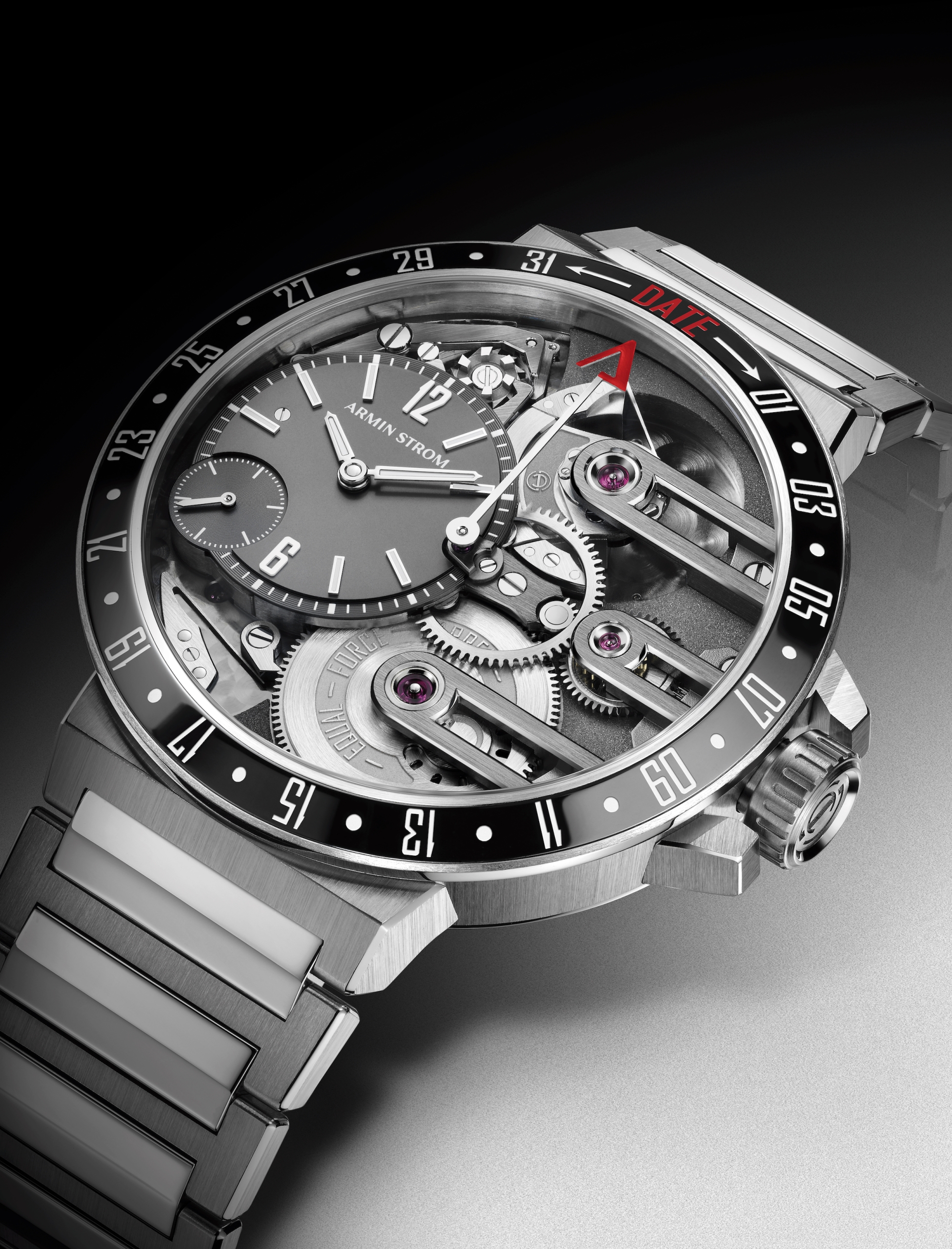