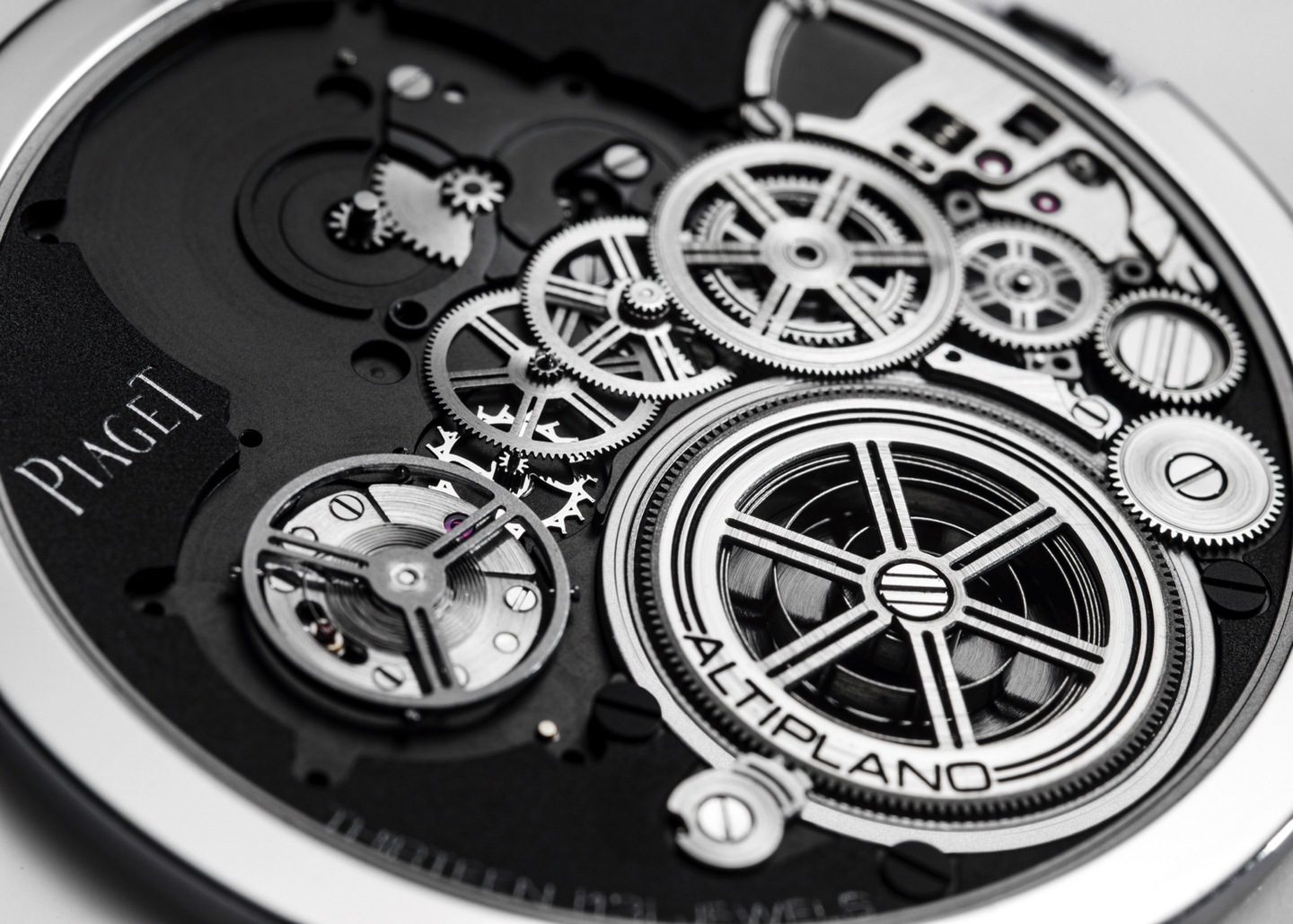 At an unbelievably thin (2 mm), the Piaget Altiplano Ultimate Concept is the world’s thinnest mechanical watch.

And while it is only a concept, the design features will be commercialized for use in future production models.

Piaget already announced the world’s thinnest automatic watch (4.30 mm), which is undoubtedly impressive, last month. But this watch is less than half that at a mind-blowing (2 mm) which is only a hair thicker than a nickel which is (1.95 mm). To give some additional perspective, the watch is not much thicker than the leather strap attached to it (1.1 mm).

Of course, when you make a thin watch, the weight typically goes down too, and in this instance, the 41 mm diameter case is crafted from a cobalt-based alloy that weighs a total of 21 grams. Comparatively, most mechanical watches weight around probably 100 grams.

In addition to the unique dimensions and material used in the design of this timepiece, the crown is merged in the caseband as a rectangular-shaped crown the is flush with the case edge. The sapphire crystal is just 0.2 mm thick.

Like the other Ultra-Thin Altiplanos released since the 900P in 2013, this watch has the movement built right into the case. There is really no other way to achieve such a slender mechanical watch currently. Which is why it should come as no surprise that this watch is the subject of 5 pending patents, and took 4 years from start to finish.

Driving the minutes and hours is an oscillation system running at a modern rate of 4Hz (28,800 vph). There are 13 jewels and the power reserve is 44-hours.

The mainplate, which is also the caseback, features a black PVD satin-brushed finish, which accentuates the lighter colored components. The case is fully polished, adding further contrast to the different finishes. 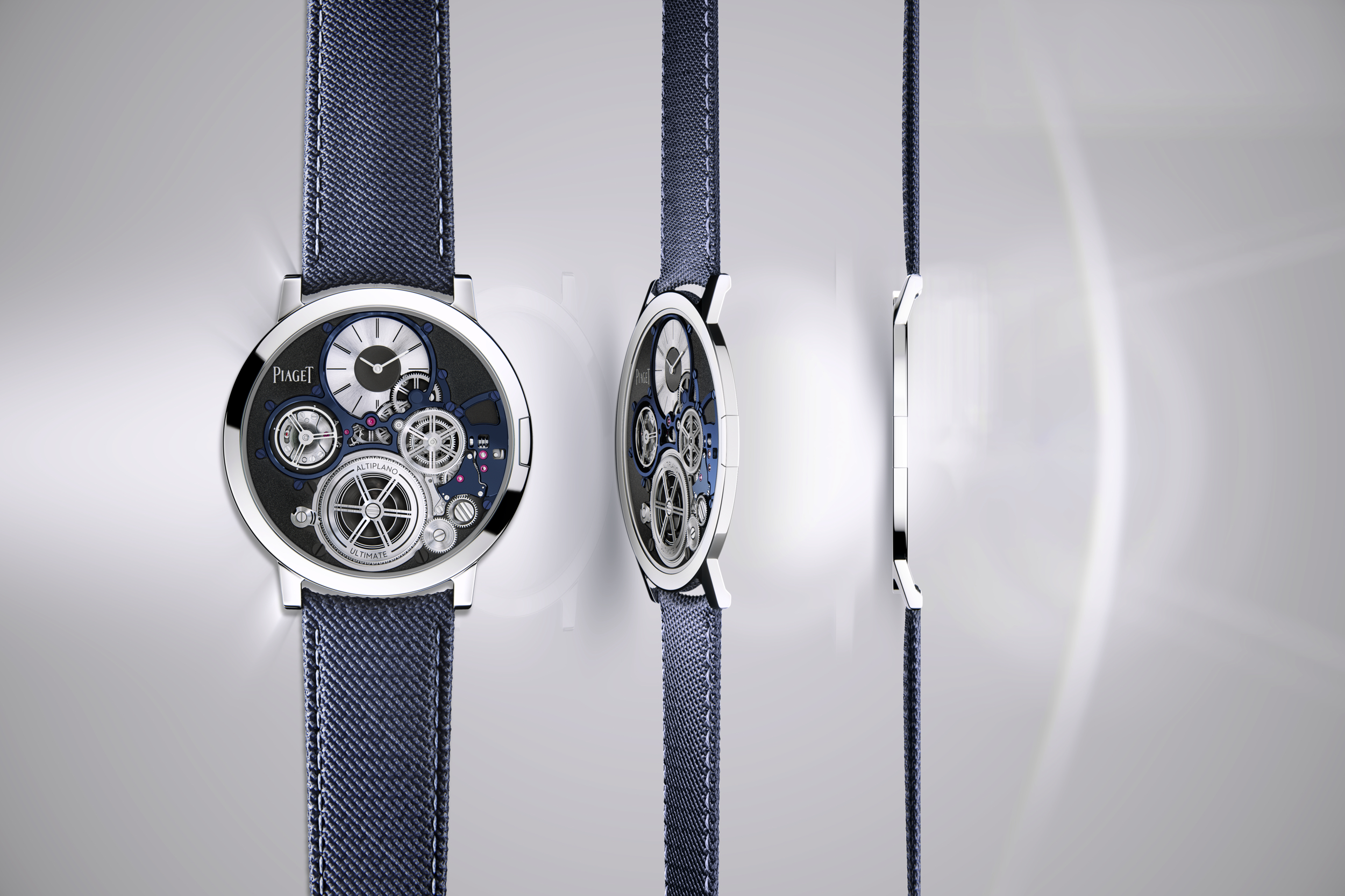 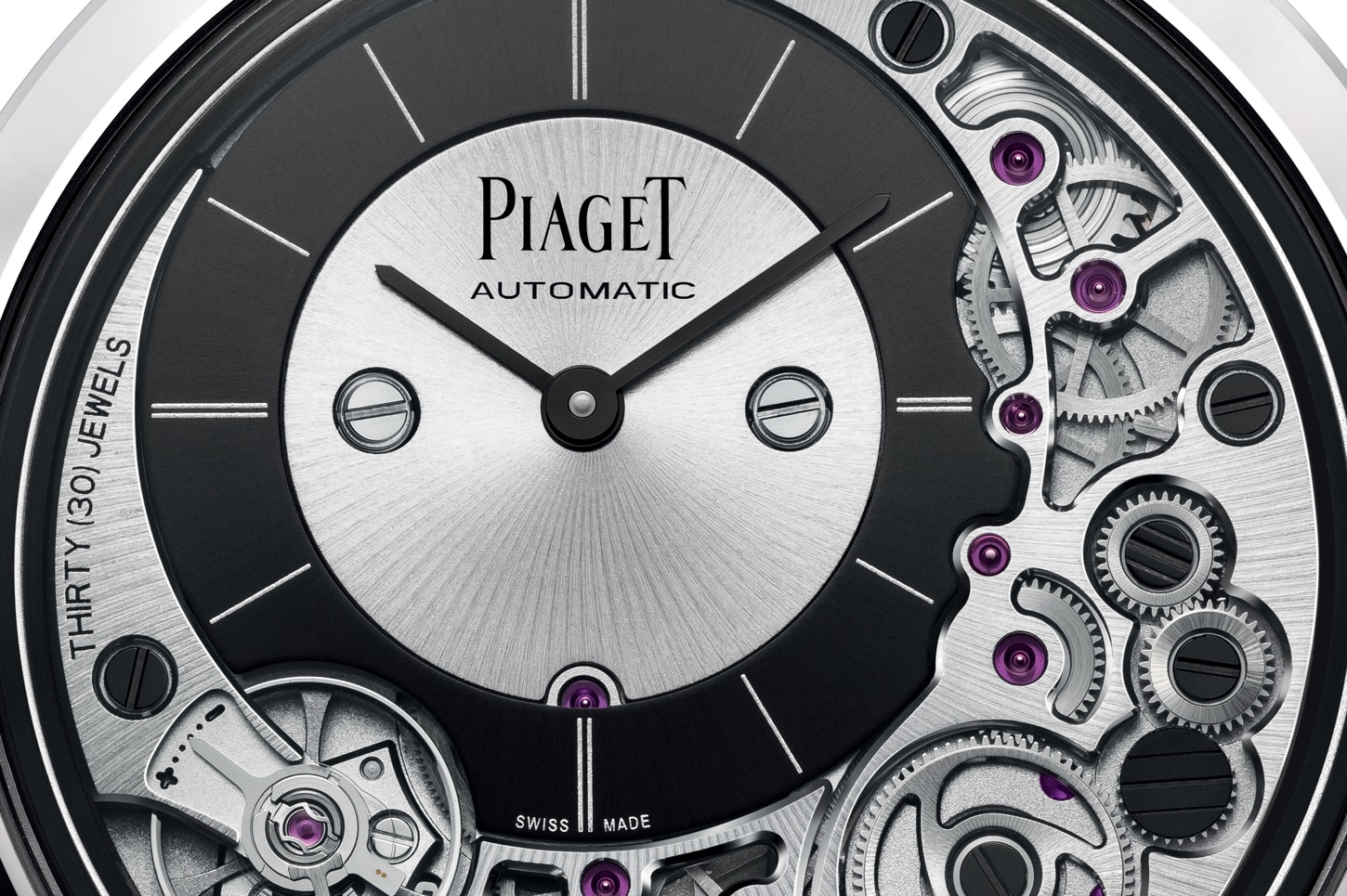 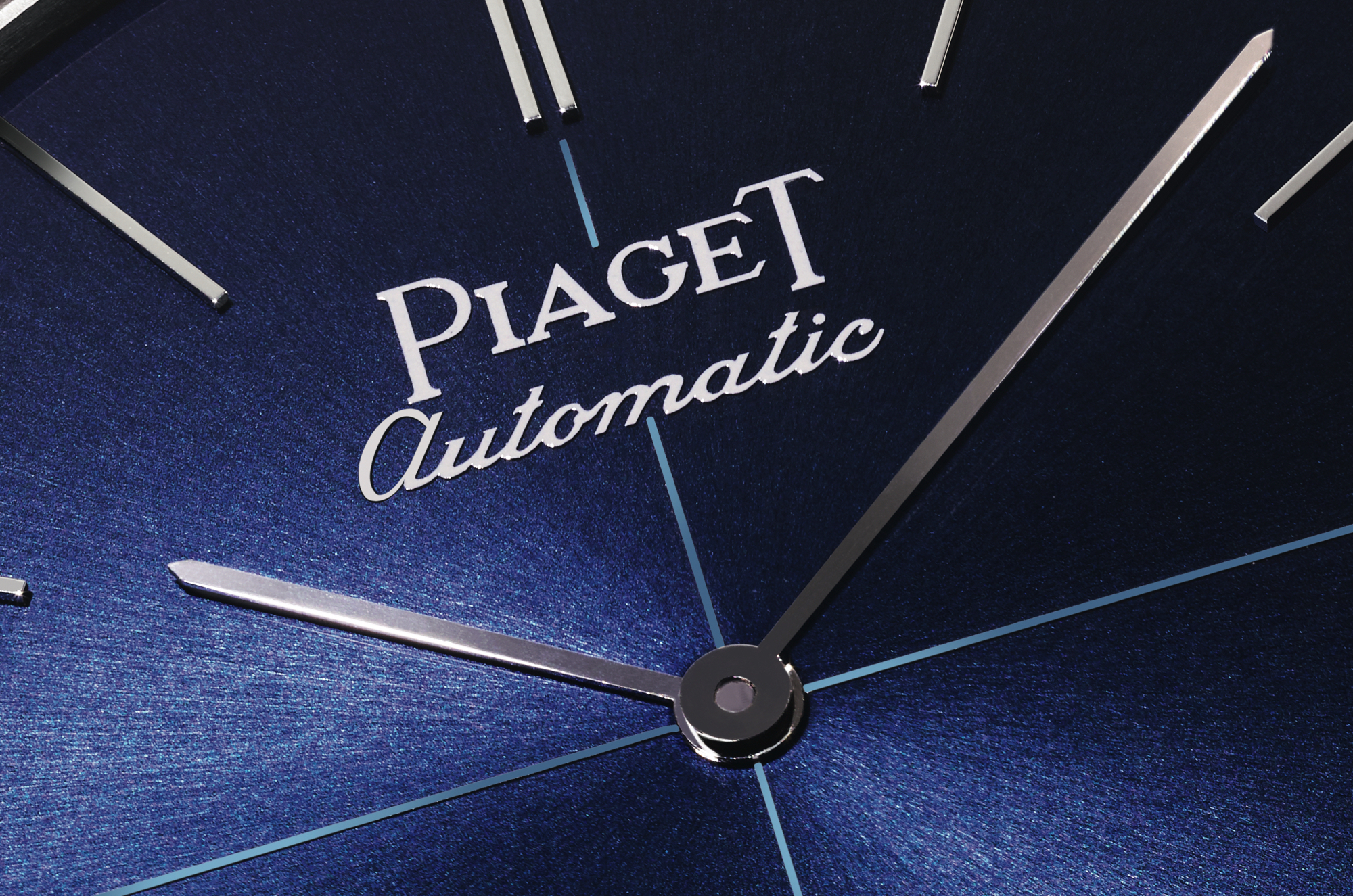