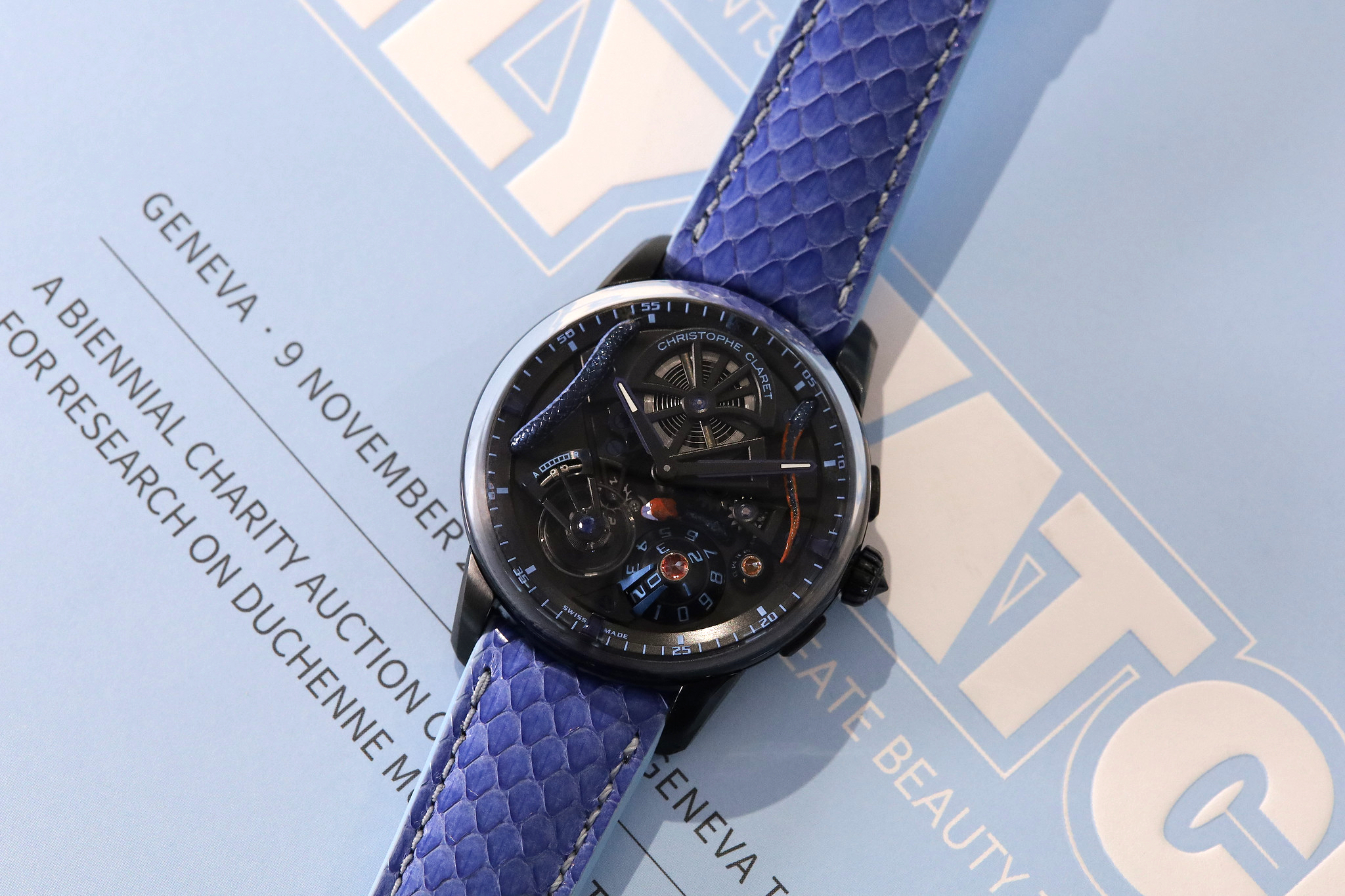 Six Unique Timepieces from Only Watch 2019

For 2019, Only Watch, the charity auction that happens once every two years, there are a total of 50 lots for sale (from 52 participating manufacturers). One distinguishing factor that makes this biennial auction so great is that unlike opaque charity initiatives that claim “a portion of the proceeds goes to charity,” Only Watch is very transparent about where the proceeds go. They explicitly state that 99% of the total proceeds go directly to create awareness and to fund research on Duchenne muscular dystrophy. The remaining 1% covers the considerable operation costs of the auction, which this year is run by Christie’s.

The other key differentiating factor of Only Watch Charity Auction is the unique timepieces. Each of the watch manufacturers has only one fundamental requirement: donate a timepiece that’s different from anything in their current collection. This generally does not result in timepieces that are brand new from the ground up; instead, new materials or colors are typically utilized to create highly collectible, desirable, one-of-a-kind wristwatches.

Last week, in advance of the auction – which will be held in Geneva, at the Four Seasons Hotel des Bergues, Geneva on November 9th – Professional Watches visited Christie’s in New York and prepared this photo report of six lots that stood out to us. We selected only six lots, but in reality, all 50 lots are worthy and if you have the means this is an incredible way to land a watch that nobody else has, and donate to an important charity at the same time.

The Pure Resonance Only Watch 2019 is housed in a 42 mm stainless steel case and features an off-center blue sunburst dial with white printed Roman numeral hours markers, a white train track chapter ring, and steel hour and minute hands. In the lower section of the dial is subdial in a light blue (in the signature blue hue of Only Watch) with a circular guilloche finish. To the left are the dual balance wheels oscillating in resonance to regulate the timekeeping with high precision. In the background of the dial are vertical Geneva stripes on the bridges giving this timepiece an elegant look. Read More

Tudor Watch Company’s best-selling Black Bay line makes up the bulk of their collection, which consists mostly of stainless steel timepieces. The Black Bay, for the first time ever, comes in a ceramic case.

At 41 mm x 14.8 mm the dimensions are the same as the standard Black Bay line, and apart from the black PVD-coated rotor, the same caliber MT5602 in-house automatic movement drives hours, minutes, and seconds. There’s no date. The dial is completely matte black with black gloss markings and darkened applied hours markers and darkened hands, both with black luminescent material and green emission.

Located just under the logo is a horizontal power reserve indicator, specially made in blue for Only Watch. If the line is white the power reserve is full and it gets increasingly blue letting you know it’s time to wind. The movement is manually wound which is done via the Grossman winder with push-button winding using the button on the caseband at 4 o’clock.

The Réserve de Marche Classique sapphire glass on the movement side is signed with the founder’s name “Christine Hutter.” Read More

Jaeger-LeCoultre produced a version of the Master Ultra Thin Perpetual Calendar timepiece for Only Watch 2019. Housed in a 39 mm x 10.44 mm white gold case, and powered by automatic caliber 868A/2, the most distinguishing feature visually is the unique chestnut-colored enamel dial with a guilloché-work pattern.

Christophe Claret contributed a special version of their existing Maestro timepiece for Only Watch 2019 featuring a deadly Coral snake wrapped around the movement. This is not the first time the company has used snake for a limited edition Maestro, they also previously made a version with a deadly Mamba snake.

The watch case measures 42 mm x 16.6 mm and is crafted from black PVD-treated grade 5 titanium, with a hand-engraved Coral snake that’s been painted blue and orange that contrasts the matte black movement. Along with the snake, on the dial side, you can see the primary movement components raised above the mainplate, such as the patented large date display, composed of two cones – one for the tens on the upper part and the second for the units – and performing a semi-instantaneous jump between midnight and twenty past midnight.

In addition to the patented date display, there’s a Memo function which has a mechanical display located between 3 and 4 o’clock and controlled by the pusher at 2 o’clock that can remind you when something needs to be done. The Maestro Corail (Ref. MTR.DMC16.907) comes on a genuine blue snakeskin strap.

The Grandmaster Chime Only Watch 2019 has a fully polished reversible stainless steel case measuring 47.7 mm x 16.07 mm and with two dials, one in rose gold, with a hand-guilloched hobnail pattern and the other in ebony. The words “The Only One” appear at 12 o’clock on the auxiliary 24-hour dial. This grand complication features 20 complications, including five chiming modes, two of which are patented world firsts: an acoustic alarm that strikes the preselected time and a date repeater sounding the date on demand.

Historically, Patek Philippe watches at auction – such as at Only Watch 2017 where the Patek lot sold for over $6 million – regularly command seven-figure final sales prices, and this year is no different. In speaking with Christie’s watch auction consultant, John Reardon, he told Professional Watches that in his opinion this lot could potentially reach eight-figures. Interestingly, he also said the version of this unique piece pictured was created exclusively to show to consumers and press during the promotional part of the Only Watch tour, but that after the winning bid is confirmed, Patek Philippe indicated to him that they will destroy this “prototype” and remake the exact same watch for the winner so they receive a brand new timepiece. Read More