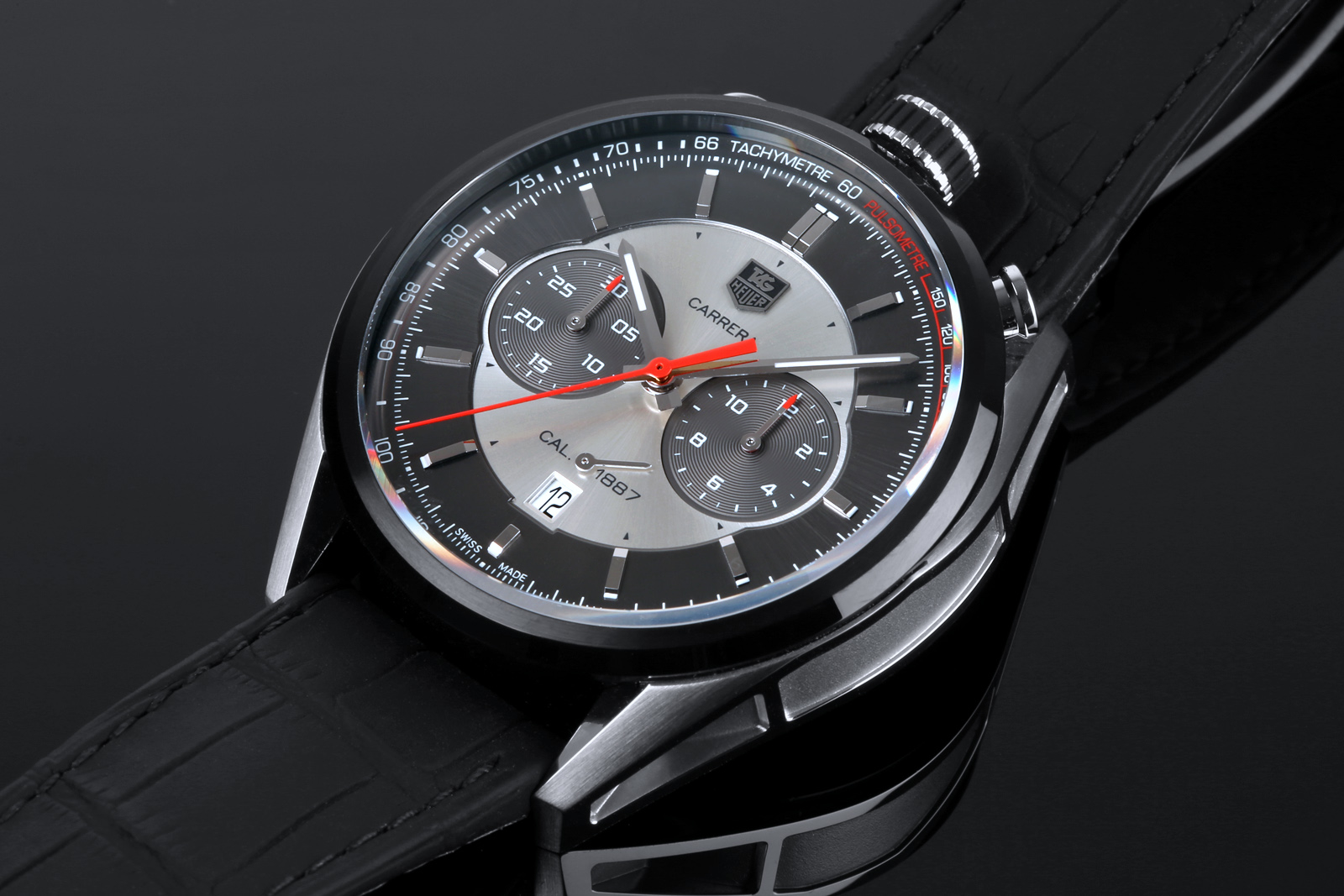 Hot on the heels of last year’s winning Jack Heuer 80th Birthday Carrera comes this new special edition from TAG Heuer, announced just a few days ago. Like last year’s model, this limited edition Carrera celebrates a milestone – but in this case, not Mr. Heuer’s birthday — but it’s the birthday of the Carrera model itself, which is 50 years old as of 2013.

The TAG Heuer Honorary Chairman was responsible for the design of the original Carrera in 1953 and continues to play a role in the conceptualization of modern editions. In that tradition, this piece was named for him to celebrate 50 years of the model and features Mr. Heuer’s coat of arms and signature on the sapphire display back.

Unlike last year’s restrained and retro-themed 80th Birthday model, the Calibre 1887 Chronograph Jack Heuer edition is an innovative, modern design which incorporates materials such as black titanium carbide steel and smoked sapphire crystal, as well as design cues such as a bullhead configuration, pulsometer, and tachymeter scales, and an asymmetrical case design adapted from the Carrera Mikrogirder. The case size is a substantial 45 mm and houses the 39 Jewel Calibre 1887, TAG Heuer’s celebrated first in-house movement.

No word on pricing yet, but with Heuer-Mania still in full swing and a year dedicated to the celebration of the (arguably) most important sports chronograph ever designed, you can rest assured that we’ll be doing a hands-on review and getting more details as soon as they are available. 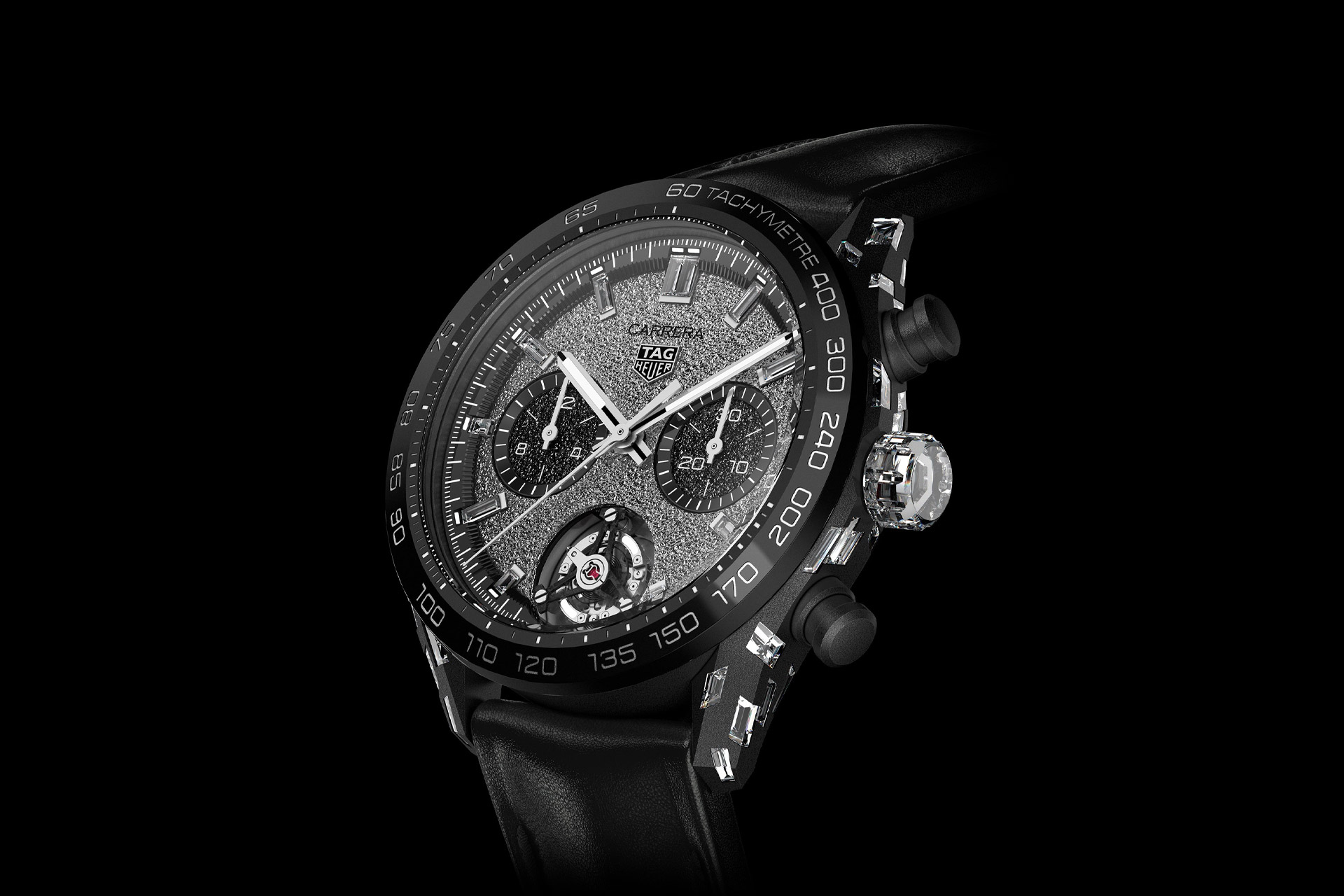