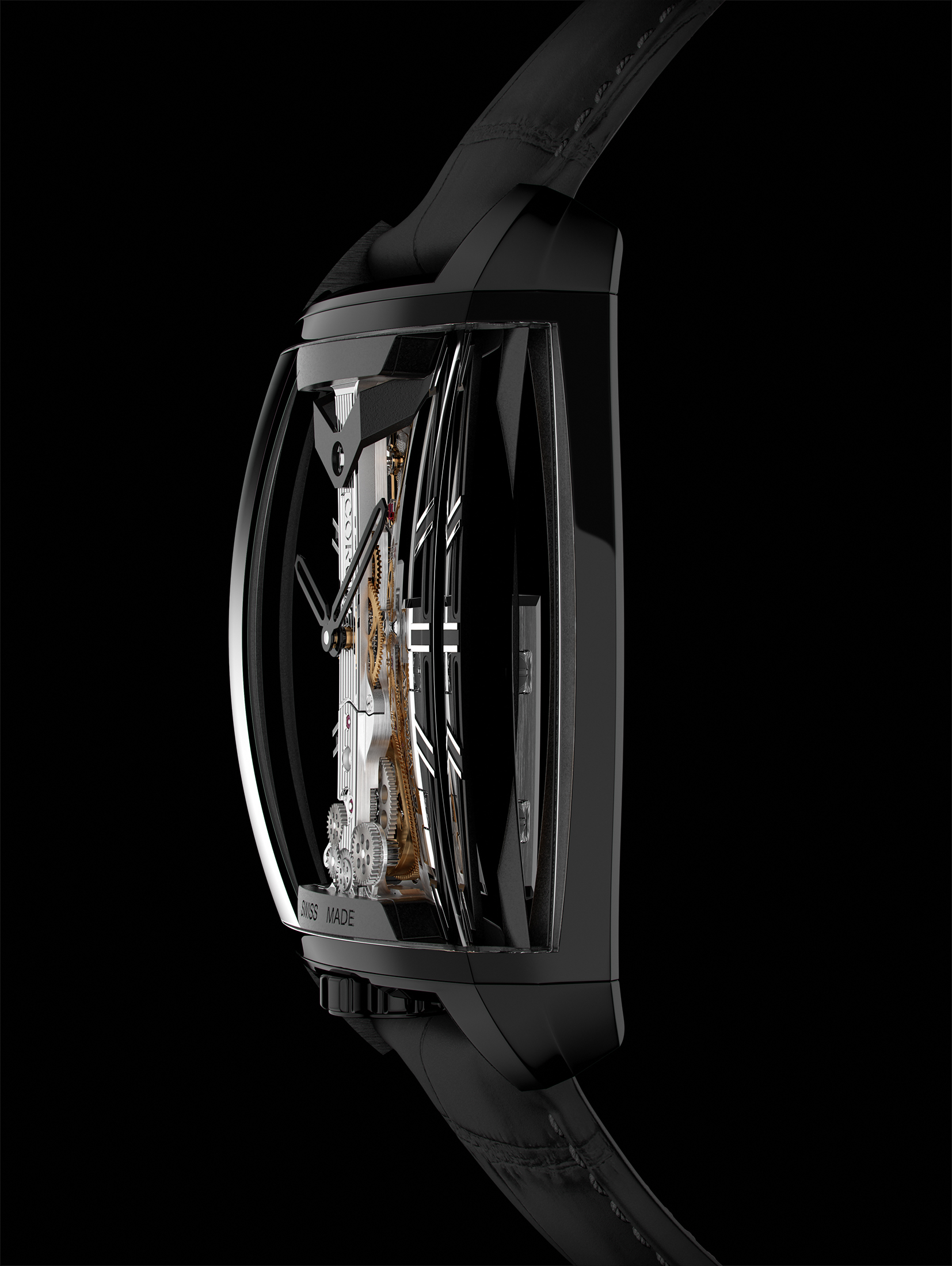 Corum is a Chinese-owned watch brand that was founded in Switzerland in 1955 and is known for collections such as the Coin, Admiral, and Bubble.

Another collection, called the Golden Bridge, however, is the most complicated from the company’s archives and features the world’s first in-line baguette movement. First introduced in 1980, the collection was relaunched with an automatic movement in 2011.

Now, for 2021, Corum has introduced a new four piece series that pays homage to its predecessors, and it does so in an updated form. Presented in a 37.2 mm x 51.8 mm (13.7 mm thick) grade 5 titanium and black DLC treated tonneau-shaped case — the latest Golden Bridge has wrap around sapphire glass so it can be viewed from all angles.

“The original, almost rebellious, in-line movement was first created in the 1970’s by Vincent Calabrese. A self-taught Italian watchmaker with a passion for doing things differently, Calabrese had begun working on the idea of showcasing an incredible movement as an integral part of the overall design of the watch. He presented his patented concept, a 45- piece highly skeletonized in-line movement, at the 1977 Geneva International Inventors’ Show and the astute management at Corum immediately acquired the patent and worked with Calabrese to develop the revolutionary movement,” according to Corum.

Using the original 2011 intellectual property for the automatic baguette movement, Corum has recreated the Golden Bridge Automatic in a larger modern size for today’s consumer. Interestingly, the mainplate and bridges, are made of 18K gold for all four variations of the new series. And the linear oscillating weight is made of platinum. Consisting of 194 total parts, the caliber CO313 has a power reserve of 40-hours.